Advertisement
Ad
WDYTT: Which Vancouver Canuck has most exceeded your expectations so far? 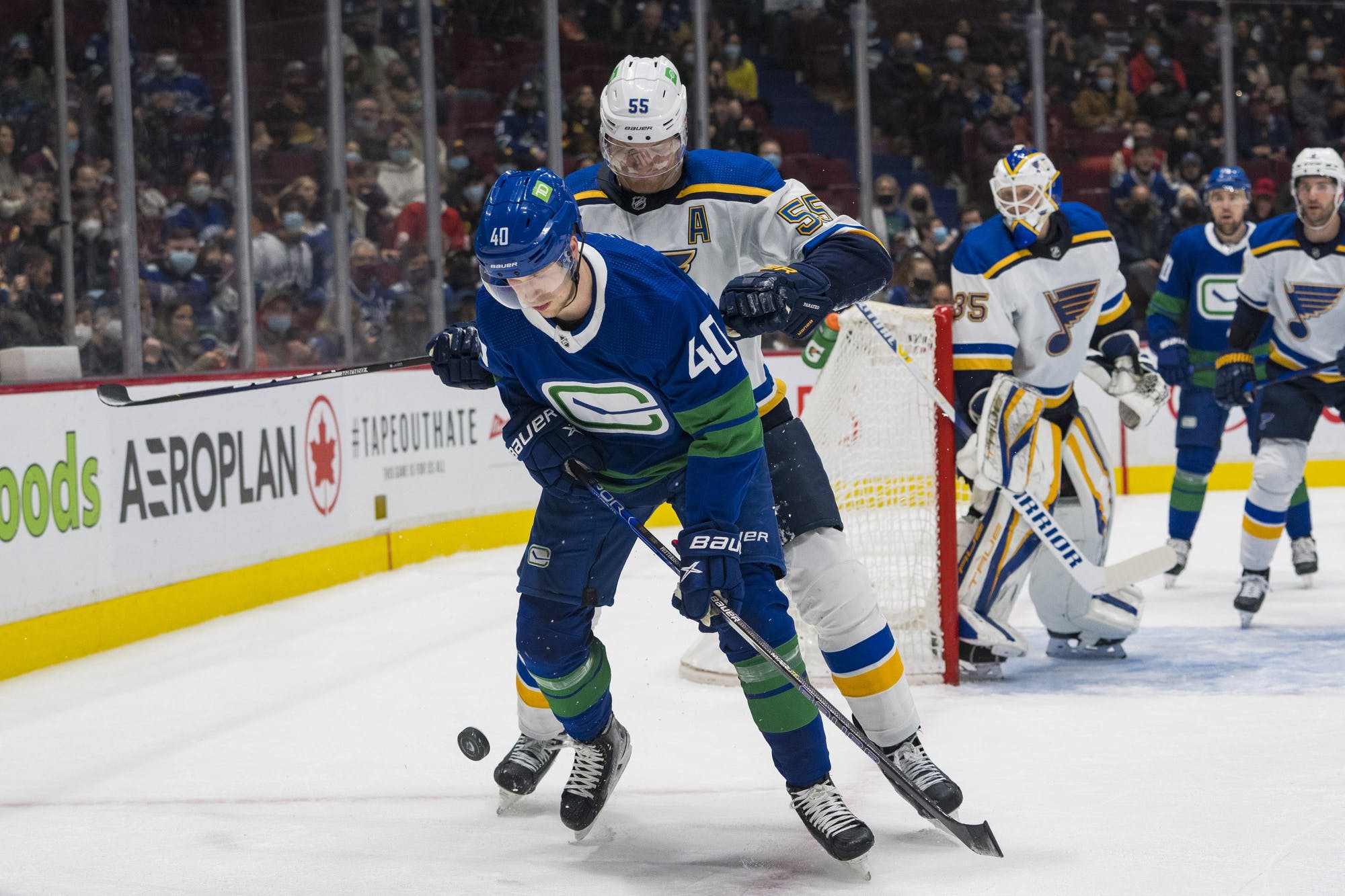 Welcome back to WDYTT, the only hockey column on the internet that blatantly steals ideas from its own commenters.

Speaking of this week’s topic, it was, for the purposes of financial compensation, definitely not suggested by WDYTT regular Beer Can Boyd in last week’s comment section. Any resemblance to any user comment, real or fictional, is purely coincidental.

Sometimes, a good idea just speaks for itself.

Shtick aside, there’s not much more we can add to this topic. The Canucks, as a whole, started the season as universal disappointments, but that’s all in the past now, and the Boudreau/Rutherford Era has blown even the highest hopes out of the water. But we’re not here to talk about off-ice personnel. We’re here to talk about the players themselves.

Which Canucks player has most exceeded your expectations so far?

Who is your halfway-point MVP for the Vancouver Canucks in 2021/22?

Your MVP candidates are listed below!

Demko. Not only our MVP, but on Top-20 List for League MVP.

1) Demko 2) Miller 3) Hughes. A different question would be “Which player has most exceeded expectations?” I’d go with Luke Schenn.

All Miller all the time.

Francesco Aquilini. He paid up for the Benning Era mistakes. Buyouts for Virtanen and Holtby. Brought in Boudreau and Rutherford. Without him where would we be?

Bruce Boudreau and it’s not even close.

Demko is the obvious choice as MVP and I don’t think it’s particularly close.

Miller is the leading Canuck scorer at a point-a-game, a leader and emotional engine on the team, and the go-to guy for the important shootout or overtime goal…and Demko is still the Canucks MVP to this point.

Even with all that Miller brings, its been Demko’s consistently brilliant play that has kept the Canucks in the playoff race. Canucks have won some games where Miller has just been ‘OK.’ I don’t think they’ve won any where Demko was just OK.

Most valuable player? Demko without a doubt, as he has almost single-handedly kept their season alive (if barely by a thread).

Most valuable person? Jim Rutherford, for agreeing to sign onto an attempt to right the ship and give the whole organization (not to mention fans) a sense of purpose and direction.

A case can be made for Miller, as he’s 18th in the league in scoring, but in terms of GAR, it’s Demko by a country mile.

It’s been a two-horse race, and I say Demko by a neck over Miller.

I generally agree with most of the comments here. Three players have been outstanding for the Canucks this year: Miller, Hughes, and Demko. I think the clear MVP has been Demko, though. His world class goaltending has kept the Canucks’ heads above water.

No love for Horvat. Not sure what happened to the Canuck faithful, but a hardworking player like Bo was always appreciated. Nowadays, it is about being shiny.

Demko is the obvious MVP!

He vowed to work hard in the summer to improve his defensive play, and he has, while still producing even more offence.