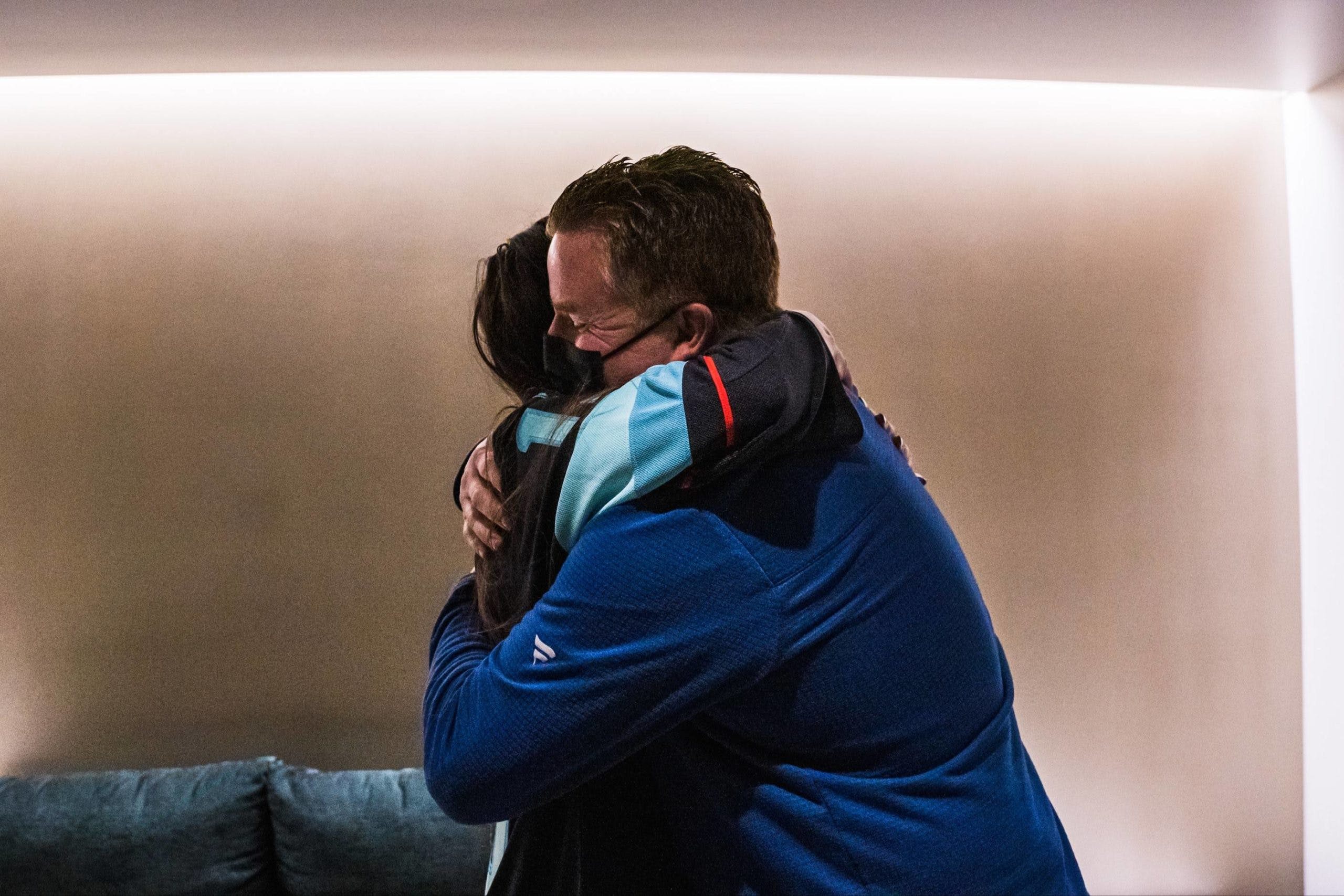 Photo credit: twitter.com/Canucks
By Zach Laing
1 year ago
Comments
Two legends met Saturday night in Seattle.
And that’s after it took only hours to identify Nadia Popovici, the Seattle woman who pointed out to Canucks equipment manager Brian “Red” Hamilton the mole on his neck was a type of skin cancer.

Nadia, your kindness, compassion and the lengths you went to help another person is admirable.

We already know you will make a great doctor upon your completion of medical school. pic.twitter.com/D787L2730R

"The reason for the letter (today) was that I really wanted her to know her persistence and everything she did to get my attention, she saved my life." -Brian (Red) Hamilton pic.twitter.com/XQO2ZsEAtA

Popovici, a University of Washington told The Seattle Times’ Marisa Ingemi that she spent time volunteering at hospitals. That, she said, is what she drew on when she noticed Hamilton’s irregularly shaped mole.
“I acknowledge that it’s so uncomfortable to have something on your body pointed out and so I didn’t want to make him feel uncomfortable,” said Popovici. “So I kind of caught him in a moment where everyone was leaving and there was no one behind him and showed him my phone and I’m so happy that I did and I’m so grateful to his wife or father encouraging him to go get checked out.”
Advertisement
Ad
Advertisement
Ad
Hamilton, meanwhile, said the mole could’ve claimed his life.
“The words out of the doctor’s mouth were if I ignored that for four to five years, I wouldn’t be here,” said Hamilton. “I didn’t know it was there, she pointed it out — how she saw it boggles my mind. It wasn’t very big, I wear a jacket, I wear a radio on the back of my jacket so hooks and chords are there — like, she’s a hero. I wish she was sitting here so that you guys could talk to her about what a great human being she is.”
Zach Laing is the Nation Network’s news director and senior columnist. He can be followed on Twitter at @zjlaing, or reached by email at [email protected]