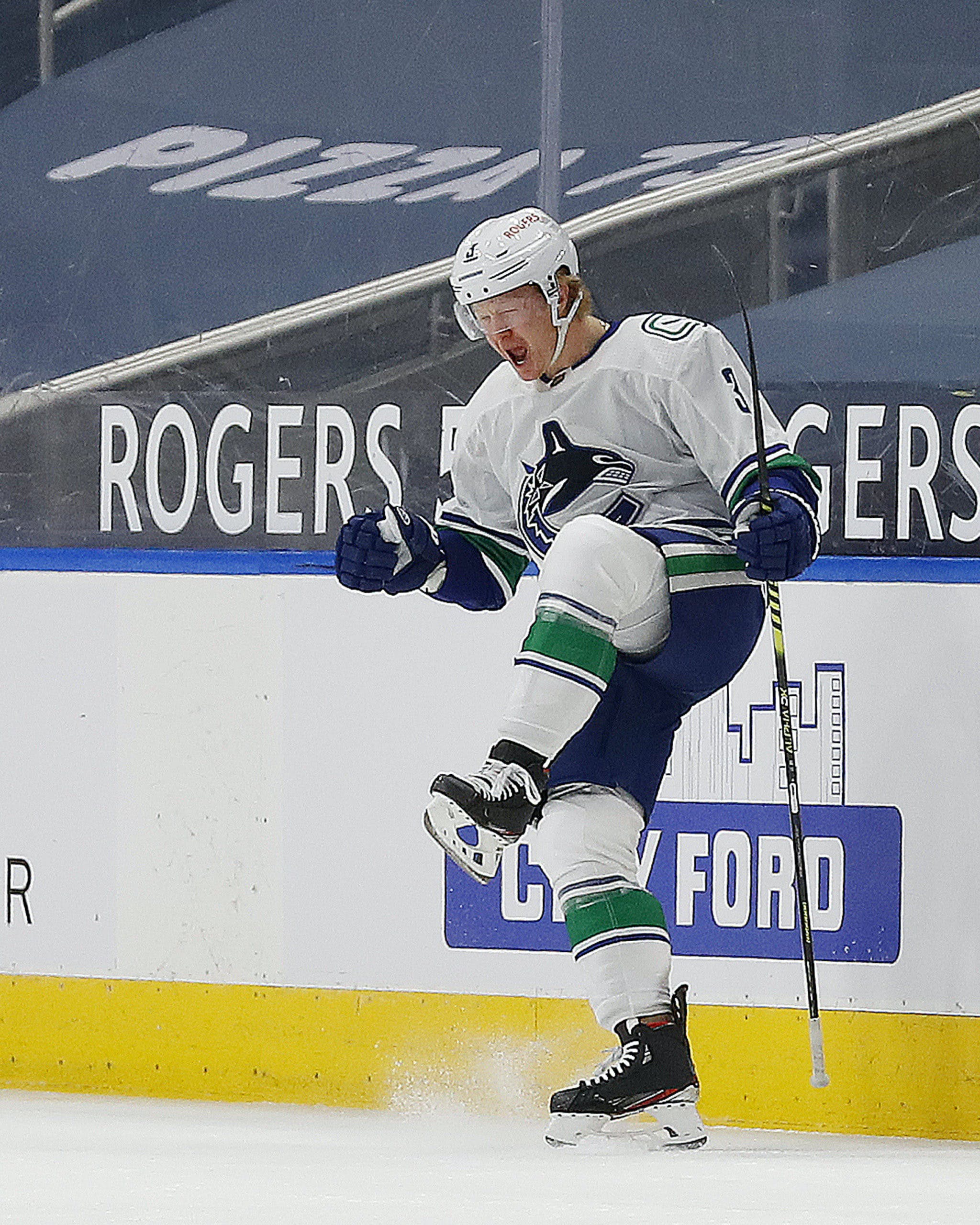 Photo credit: Perry Nelson-USA TODAY Sports
By David Quadrelli
9 months ago
Comments
On the backs of goals from Justin Bailey and Jack Rathbone, the Abbotsford Canucks completed a comeback last night against the San Diego Gulls to win their seventh straight game.
The Abby Canucks scored three unanswered goals in the third period to even the score, with Jack Rathbone scoring the tying goal with just 24.9 seconds left in regulation.
Before that though, Rathbone dropped the gloves with Jacob Perreault for the first fight of Rathbone’s pro career:

Sure, it was more of a wrestling match, but hey, at least Rathbone’s game-tying goal was much nicer:

The Canucks score three unanswered goals in the third period and we are off to overtime!

That’s what Jack Rathbone does so well! pic.twitter.com/rO7XqsouKR

Justin Bailey scored his third goal of the game to complete not only the hat trick, but also complete the comeback for the Abbotsford Canucks, who were trailing 4-1 after 40 minutes of play.

Justin Bailey scores his 🎩hat trick🎩 goal to win it in a big come-from-behind victory for the Abbotsford Canucks.

That’s seven wins in a row for Abbotsford!

They trailed 4-1 after 40 minutes and come all the way back in a big win! pic.twitter.com/ha9AcczX6j