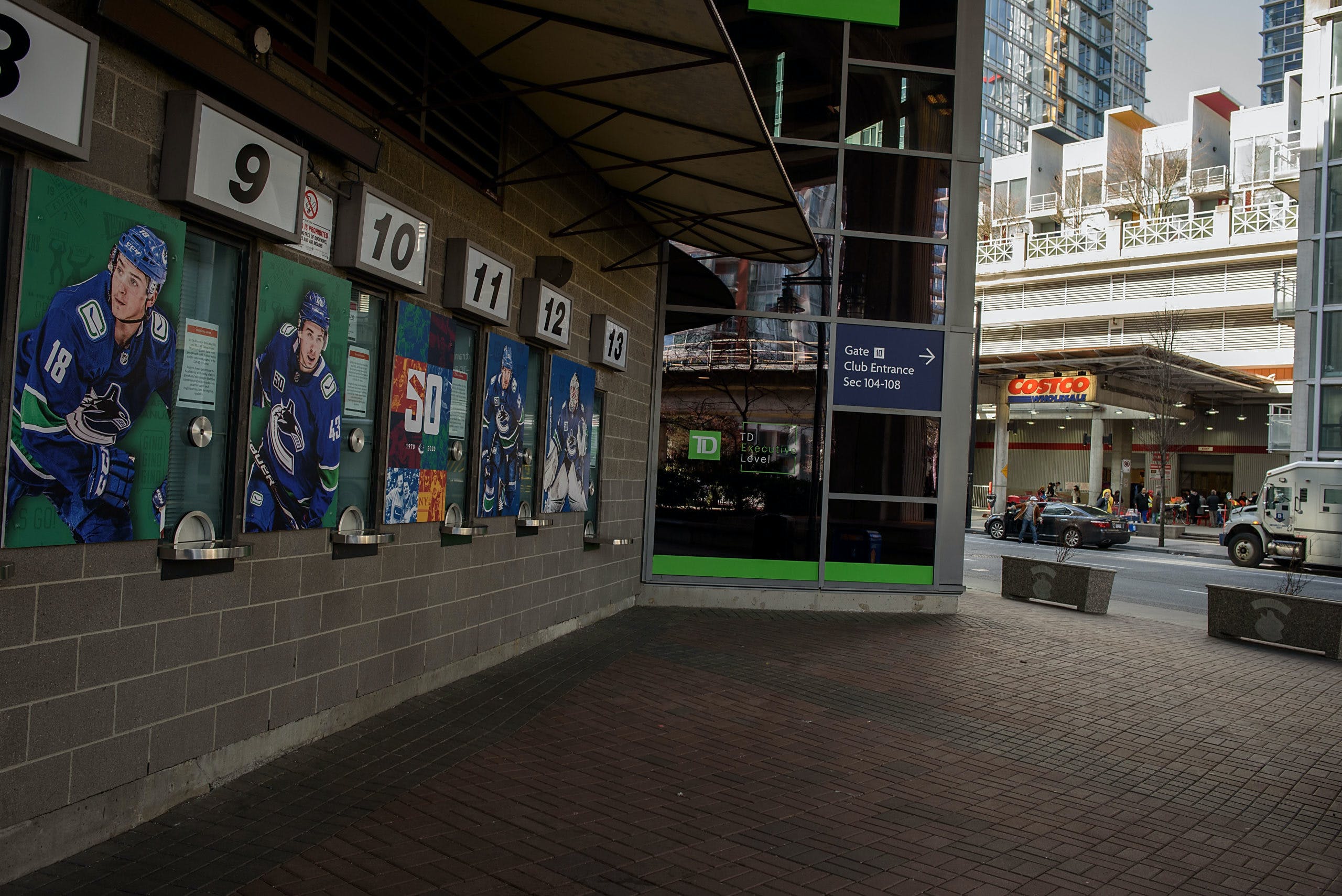 Photo credit: Anne-Marie Sorvin-USA TODAY Sports
By David Quadrelli
1 year ago
Comments
It’s now been over 24 hours, and by now, you’ve heard the news.
Longtime radio station CKST, better known as TEAM1040 and most recently as TSN1040, is no longer an all-sports radio station.
The decision comes roughly a week after massive cuts from parent company Bell Media, and just ten days after Bell Let’s Talk Day.
A recorded announcement played on the airwaves at roughly 9:30 AM, with morning show hosts Mike Halford and Jason Brough’s mics and producer Iain McLetchie’s controls getting overridden just before 9:00 AM.
And for their next trick, Bell decided to play “Good Riddance” by Green Day after the announcement had concluded.
Fans immediately voiced their displeasure on Twitter, and bid farewell to a radio station that has driven the discourse in this city for the past 20 years.
Advertisement
Ad
Advertisement
Ad

The 1040 news didn't fully hit me until I got in my car to drive home after work. Should have been listening to Matt & Blake rate hot takes. Instead…nothing.

Whether the Canucks were struggling or doing well, turning on the radio to hear what your favourites had to say about it was a time honoured tradition in this town, and TSN1040 did it better than anyone.

Shoutout to everyone at 1040 for bringing it every single day.

This is a sad day for the entire sports talk radio market in Vancouver. There's only so many jobs available with one radio station left and obviously some 1040 people will land there.

Like many of you, listening to 1040 was a daily ritual. We didn’t get to do that today because some corporate scumbags out east wanted to further deepen their pockets & increase shareholder profits.

They can suppress your voice, Vancouver, but they can’t silence you. ✊

Grew up listening to TSN 1040 in Vancouver. Been a guest on TSN radio in Winnipeg and Hamilton a bunch of times. Gutted to hear about those stations going down and all the talented people involved.

TSN 1040 was doing a great job. It had better ratings than 650, had the pulse of the city of Vancouver and Canucks fans, was the voice of the people, gave a voice to the people.

This is a big mistake.

I didn’t wake up this morning thinking I’d be the last guest in the proud 20 year history of AM 1040 Vancouver sports talk radio.

What an absolute gut punch for this market. And to a class group of media colleagues that I’m proud to call my colleagues and friends.

Sportsnet’s Elliotte Friedman even weighed in:

Elliotte on 1040: Today was disgusting there is no other way to say it… How it happened was disgraceful

To all my friends at TSN 1040, I really feel for you all. I want to thank you for your great service to our community and to the @BCLions.

In his press conference after the morning skate today, Green added, “when people lose their jobs and you deal with them, you work with them, I like to think we’re all in it together. You don’t like to see anybody lose their job.”
Countless hosts of rival Sportsnet 650, many of whom worked at 1040 in the past, offered their sympathies as well. Satiar Shah and Bik Nizzar, along with Cam Barra, opened the first 15 minutes of Canucks Central by talking about 1040.

If you think there is any joy or pleasure in seeing "competitors" lose their jobs, think again.

These are colleagues, friends, people with families.

I can remember how thrilled I was when I walked through the doors at TSN 1040 as an intern 11 years ago. I was a small part of the station I spent so much time listening to. I would go on to spend nearly a decade there. So many good memories. So many good people. Today sucks.

Hosts of 1040 thanked everyone for the well-wishes throughout the day:

For those calling/texting today (& there are many 🙏), do me a favour and "sign your text."
Used to ask listeners to do that for show submissions (so we could give you credit). Today I need it because my contacts are disappearing one by one.
I'll tweet more once I've taken stock

TMIW but this sucks! Memo to: the listeners and colleagues. thanks for an amazing run. Your words today are appreciated more than you know, thanks for taking the time to write and call. I love what I do, and I’ll be around to annoy you, and @mattsekeres, before you know it.

What’s your favourite memory or moment from the past 20+ years of 1040’s history? Let us know in the comments section below.