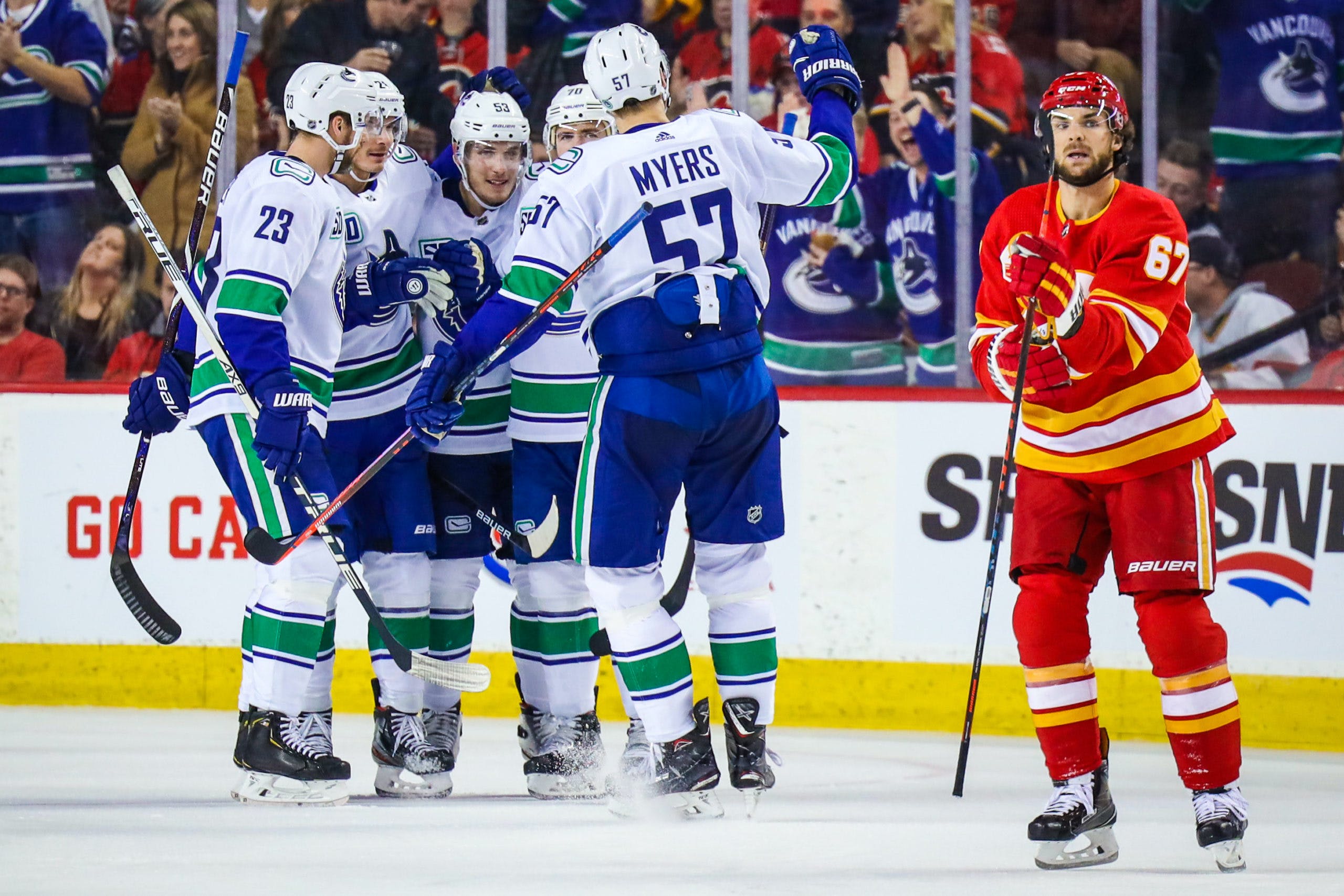 Photo credit: © Sergei Belski-USA TODAY Sports
By Brett Lee
3 years ago
Comments
The Vancouver Canucks will head into the New Year riding a five-game win streak and two points behind the Pacific leading Vegas Golden Knights with two games in hand. While they haven’t always been the prettiest of victories, the Canucks can take pride in the fact that they have dug deep, remained composed, and found a way to climb in the standings.
Timely goaltending has been an enormous boon for the team and tonight was no different as Thatcher Demko was fantastic in his first game back from a concussion turning aside 23 of 25 shots faced. Secondary scoring was the catalyst in the offensive zone, especially the second-unit power-play who scored twice, albeit one was off a fortunate bounce. Production from periphery players is one of the hallmarks of a playoff-caliber team. Over the course of this five-game win streak, 14 of Vancouver’s 21 goals have come from players not named Elias Pettersson, Brock Boeser, JT Miller, or Bo Horvat. The Canucks will hope that they can continue to receive goals from their blue line and secondary forwards as they attempt to ascend the peak of the Pacific division. They play eleven games in January and eight of them are against teams not currently in a playoff position. It’s time for the Canucks to find another gear as the Trade Deadline approaches.
Advertisement
Ad
Advertisement
Ad

Canucks need to take advantage of their busy January schedule. They will play 8/11 games against teams not currently in a playoff spot pic.twitter.com/DBkmi5laqg

The drive for five is alive 👨‍🚒🔥 pic.twitter.com/2OKfeqawBE

(At 5-on-5 via NaturalStatTrick)

PPG from Myers has the #Canucks up 1-0, mid-1st in Calgary. pic.twitter.com/qH4sXIh5BA