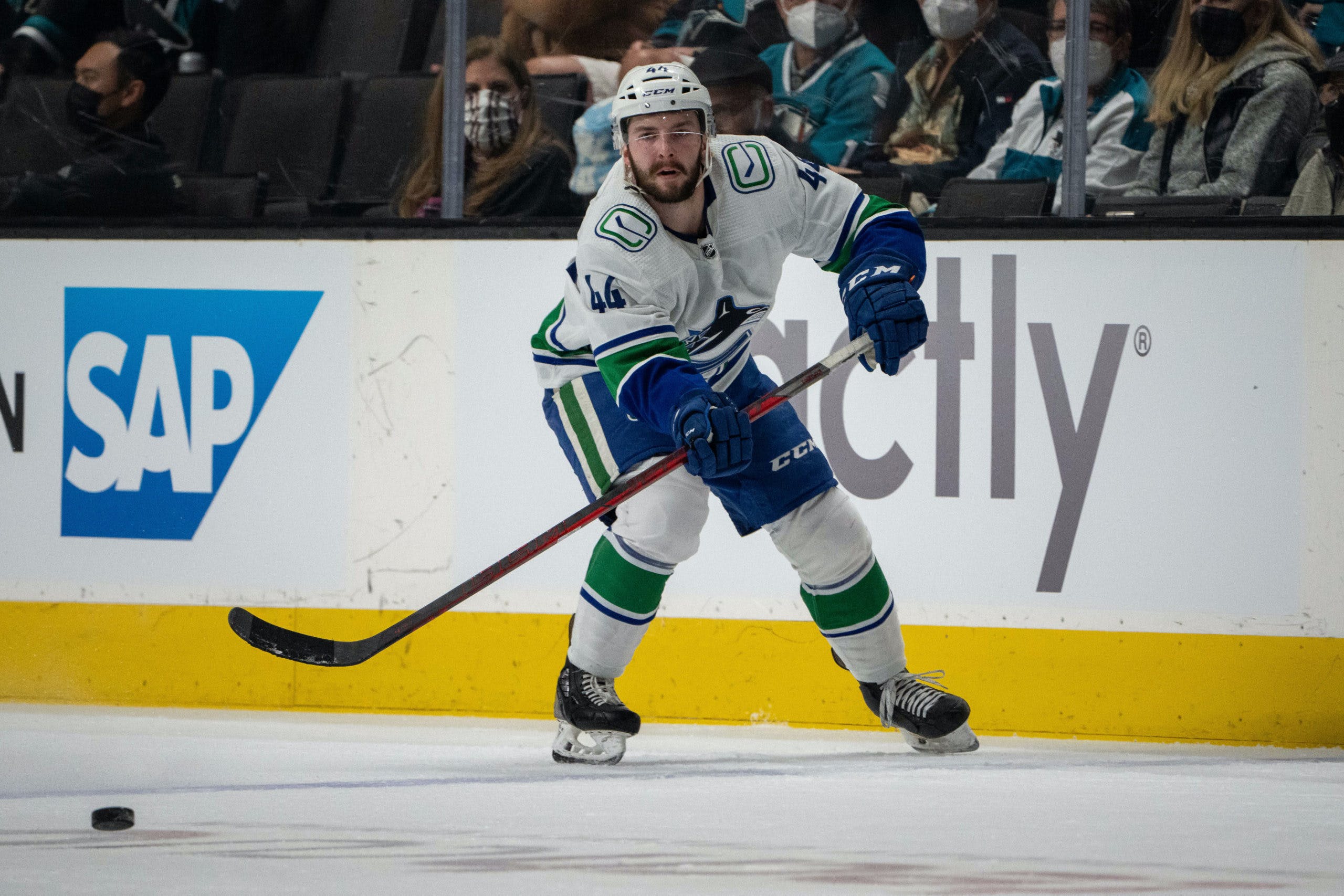 the oilers will start the second period shorthanded after darnell nurse got called for interference on this play. pic.twitter.com/2R6eMWaQ2Q

The incident happened in the dying seconds of the first period. Burroughs took a hit in the corner from Evander Kane, only for Nurse to unprompted lay another body check right after.
It happened well after the puck was cleared and now, Nurse will have to pay for it.
Nurse has quickly become a lightning rod for Canucks fans. In Vancouver’s penultimate preseason game, Nurse caught Nils Hoglander with a dirty elbow to the face that left the latter shaken up. Thankfully, both Burroughs and Hoglander are okay after their run-ins.
Burroughs played 12:20 last night posting a +1 rating.

darnell nurse lays a big hit on nils hoglander and the latter is shaken up. nurse gets called for a double minor for high sticking. pic.twitter.com/TqURe6iHdA

The Canucks and Oilers don’t meet again until December 23rd and play their third and final matchup of the season on January 21st.
Zach Laing is the Nation Network’s news director and senior columnist. He can be followed on Twitter at @zjlaing, or reached by email at [email protected]
Advertisement
Ad
Advertisement
Ad