Advertisement
Ad
‘He’s pumped to be back long term’: J.T. Miller’s agent speaks about star’s new contract with the Canucks 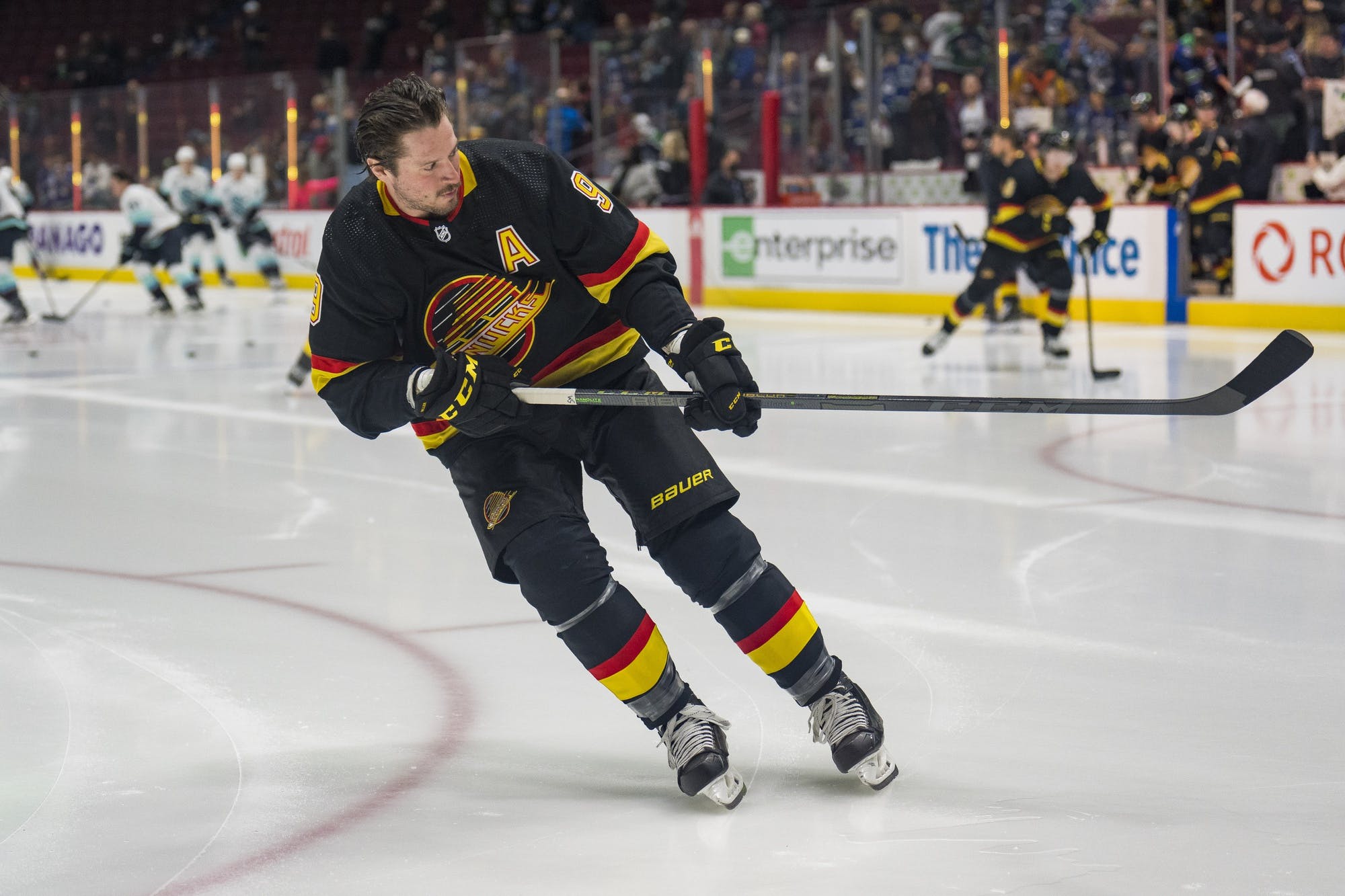 What better way to spend a Friday night — and let’s be honest, probably parts of your long weekend — than reading about J.T. Miller’s new contract with the Canucks?

And don’t worry, we’ll get into all that.

We’re unbiased here at CanucksArmy, after all.

But before that, let’s get into what Miller’s agent had to say about this deal and the preceding negotiations, courtesy of Rick Dhaliwal of Donnie and Dhali — The Team (which returns on Tuesday to Chek TV!)

Miller is pumped, and left money on the table

Would you be excited if you got to stop seeing your name in trade rumours every week and get $56 million guaranteed in the process?

“He is pumped to be back long term,” Miller’s agent Brian Bartlett told Dhaliwal.

“This came about real quick, the Canucks stepped up in the last couple of days. J.T. loves the market, he could have gotten more on [the] open market 100%. He left money on the table but he made the decision he wants to stay in Vancouver and spend his career in Vancouver and win Cups.”

Miller and his wife Natalie welcomed their child into the world in the last 24 hours, and clearly, entering this season with uncertainty about the future hanging over his head was something Miller wanted to avoid.

As you probably know by now, negotiations this offseason hadn’t gone well between the Canucks and Miller, with the Canucks rumoured to have originally been unwilling to go above $50 million with their offer.

“We were far apart but the Canucks stepped up and J.T. wanted to stay,” added Bartlett. “He loves the market, the media, and the pressure, he loves that.”

Miller’s contract carries a full no-move clause for the first four years of the contract, and a modified no-trade list in the final three years.

Chris Faber and I put out an emergency episode of the Canucks Conversation Podcast, which you can listen to through your favourite podcast provider, or by clicking here!

Faber and Quads give instant reaction.https://t.co/dkIDDdBKOy