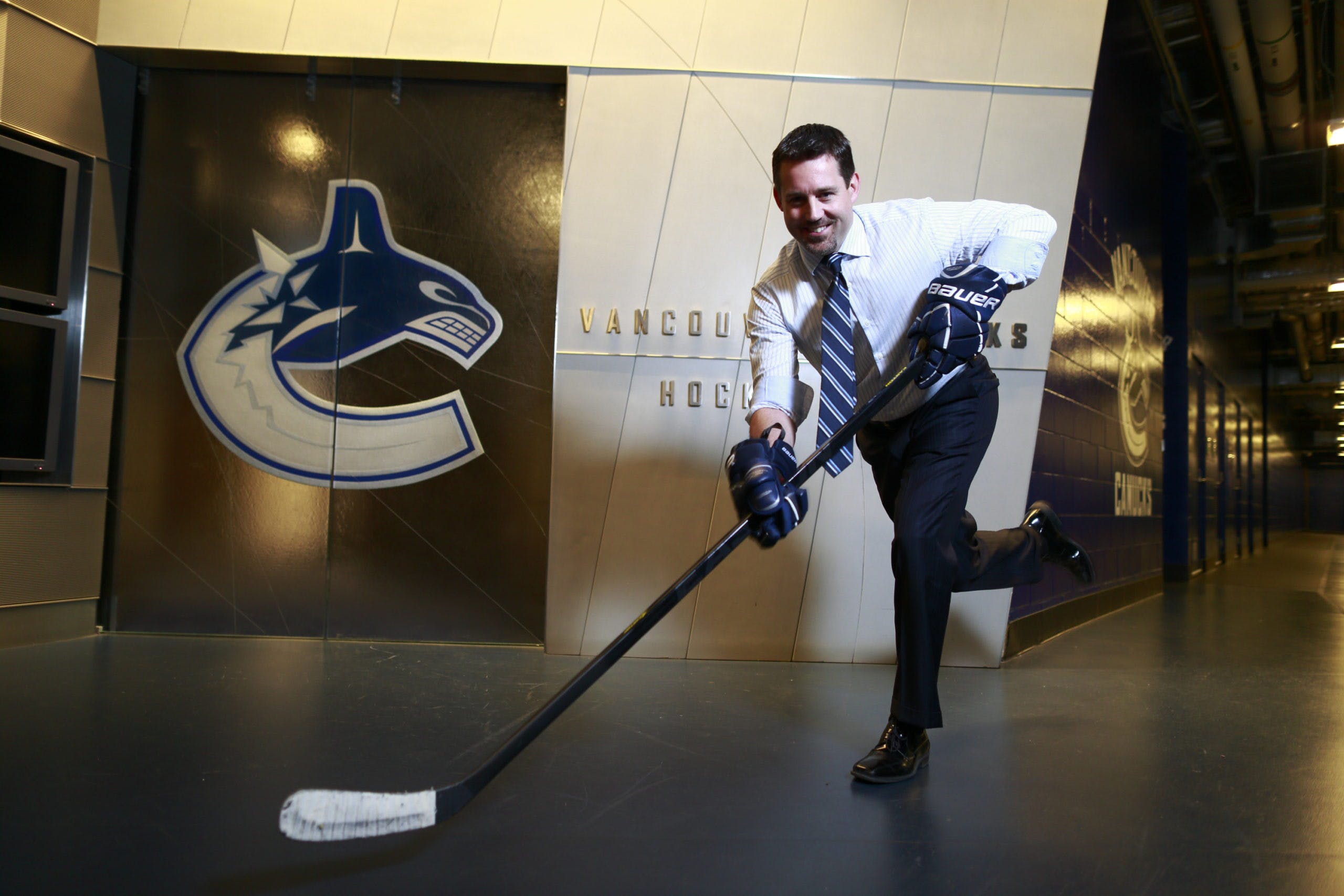 Photo credit: https://advantagemagazine.ca/2014/canucks-sports-entertainment/
By David Quadrelli
1 year ago
Comments
Chris Gear has officially moved into the world of hockey media.
This, from Daily Faceoff’s Frank Seravalli:

Gear hasn't been much of a tweeter, but he has more to share now. Give him a follow @vangearman + get to know him. ⬇️https://t.co/726ZdK4EIG

During his time with the Canucks — especially most recently as assistant general manager — Gear was the Canucks’ lead negotiator on contracts. He played a huge role in the club’s negotiations with Elias Pettersson and Quinn Hughes this past offseason.
Gear has a wealth of knowledge of the business side of the game and also served as the Canucks’ VP of legal affairs. He would have been one of the main people responsible for communicating with the federal government to make sure players can cross the border safely and legally, for example.
The Canucks dismissed Gear — who had been with the club for over a decade — along with Jonathan Wall, who had been with the club for over 15 years, shortly after firing Jim Benning, Travis Green, John Weisbrod, and Nolan Baumgartner in December of 2021.
Advertisement
Ad
Advertisement
Ad
Gear will regularly contribute stories and columns to DailyFaceoff.com that draw on his legal expertise and experience gained in the Canucks’ front office.
Gear, 49, grew up in Lennoxville, Quebec, played varsity football and earned his law degree at Queen’s Univ. in Kingston, Ont., where he was a two-time conference All-Star at wide receiver and Queen’s 1997 team MVP. He has called Vancouver home since 1998, where he lives with his wife and two kids.
Gear penned his first article with Daily Faceoff today — where he examines what’s next for Evander Kane.
We are very excited to welcome Chris Gear to The Nation Network family!