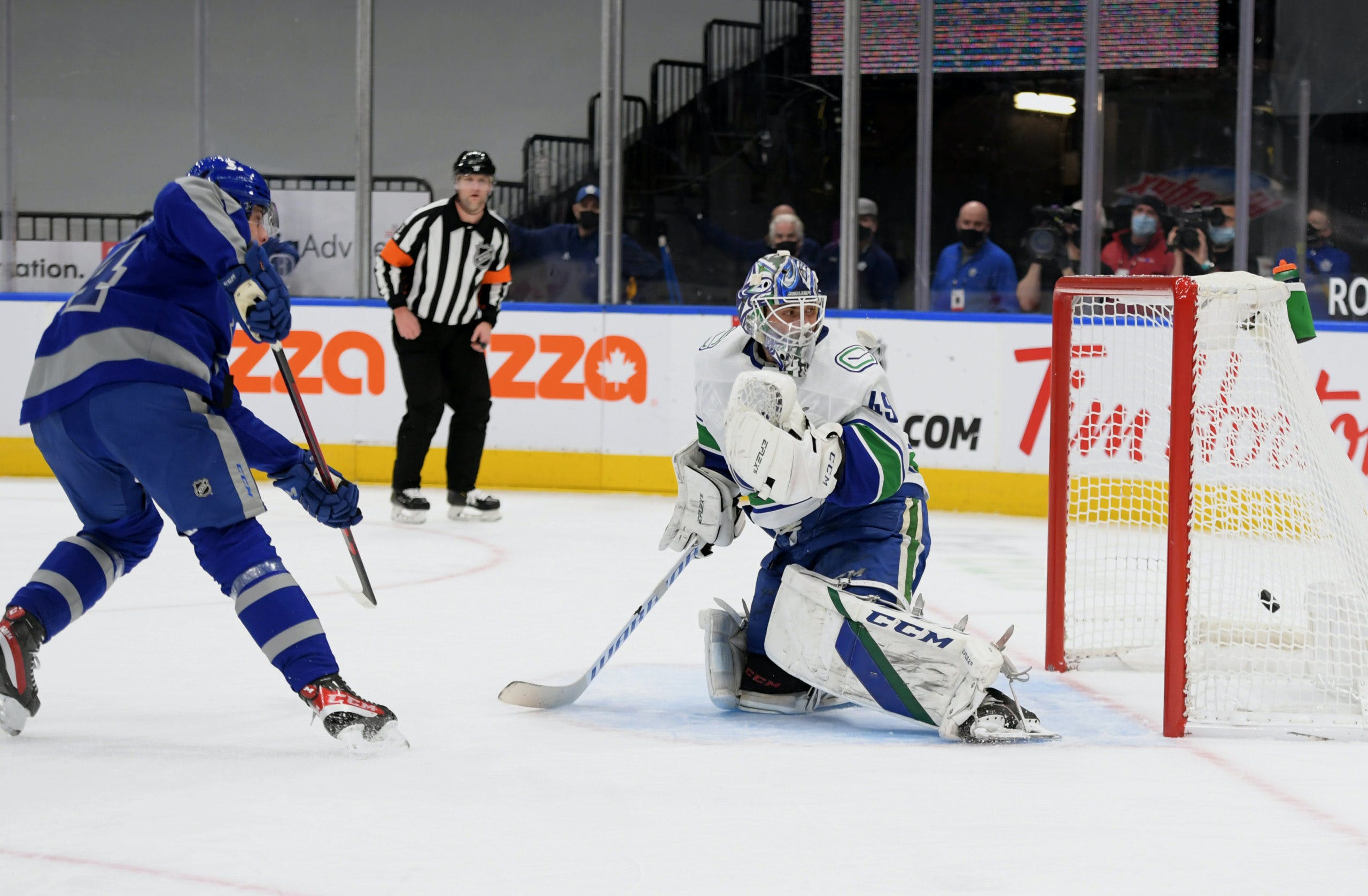 Photo credit: Dan Hamilton-USA TODAY Sports
By Zach Laing
1 year ago
Comments
Welcome to the Nation Network’s DailyFaceoff Rundown, a twice-a-week show featuring OilersNation writer Jason Gregor and TSN insider Frank Seravalli!
The Vancouver Canucks defensive woes have been on full display this year with the club giving up the second-most goals per game to start the year.
In a year of transition on the backend, the Canucks players have struggled to give much help to either Braden Holtby, or Thatcher Demko when it comes to keeping the puck out of the net. It’s been a tough stretch here for the Canucks, and Gregor and Seravalli dove into what has been plaguing the Canucks.
You can listen to the full show below.
3:15 – The Bruins success
4:20 – The Canucks struggles
7:30 – A blurb on coaches being fired
8:50 – Can McDavid hit 100 points? Good debate here
14:40 – Habs goaltending
16:10 – Frankly Speaking (on video review stuff in CBJ)
22:30 – Maurice Interview starts
23:49 – Maurice on Dubois, then goes into coaching in the pandemic
30:15 – Great stuff on Analytics from Maurice
37:00 – A funny Jim Rutherford story from both Frank & Paul.
39:00 – How he started in coaching
44:00 – Rapid Fire Questions
Advertisement
Ad
Advertisement
Ad
Zach Laing is the Nation Network’s news director and senior columnist. He can be followed on Twitter at @zjlaing, or reached by email at [email protected]