Advertisement
Ad
Canucks prospect Aidan McDonough’s season is now over: Will he sign or go back to school for his senior year? 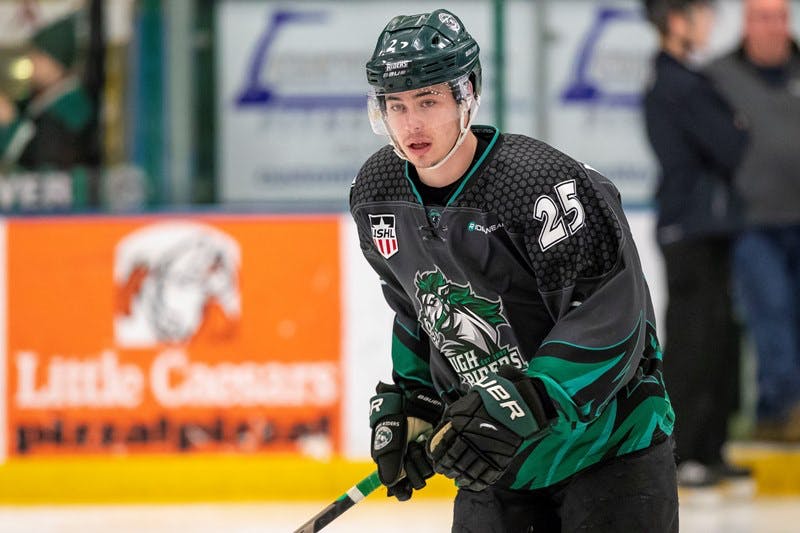 Photo credit: Rick Boots/Cedar Rapids RoughRiders
By Faber
10 months ago
Comments
Friday was the final game of Aidan McDonough’s junior year in the NCAA.
Northeastern lost to Western Michigan in an overtime game that came down to a matter of inches.
Everyone is now wondering what’s next for one of the Vancouver Canucks’ top prospects. McDonough has options and some around his camp believe the decision has not yet been made.
McDonough could sign with the Canucks in an amateur tryout situation that allows him to join the Abbotsford Canucks. This would mean his entry-level contract would be post-dated to the 2022-23 season.
The Abbotsford Canucks are very open to the NCAA sniper joining their team and he would be available to play in the AHL playoffs with the Canucks if he signs an ATO.
The other option for McDonough is to go back to school for his senior year. This is where many insiders and myself are hearing he is leaning towards.
Advertisement
Ad
Advertisement
Ad

.@DhaliwalSports just now on the show "Some feel Aidan may return for his senior year, no official decision made yet."https://t.co/h4e2SKLzpb https://t.co/erUZg61y7D

If McDonough were to go back for his senior year, the Canucks will have exclusive rights to sign him after his senior year all the way up until the August 15th, 2023 deadline.
If you’re looking for hope that he goes pro in the next week, McDonough’s childhood friend Jack Rathbone is waiting in Abbotsford and has told CanucksArmy in the past that he would love to be sending passes over to McDonough on their power play unit.

No matter the case, there is no deadline this season in which the organization (or fanbase) needs to worry about.
“I think it’s important for every player to make a decision if they if they are ready or not,” said general manager Patrik Allvin during his trade deadline media availability when asked about McDonough. “If he’s ready to come out, we would be very excited to have him here in the organization and continue to work with him.”
Advertisement
Ad
Advertisement
Ad
McDonough was excellent in Northeastern’s season and playoffs. He finished the year with 25 goals in 38 games and was massively clutch when his Huskies needed goals.

Aidan McDonough scores the goal to tie the game and we are off to overtime in his NCAA playoff.

We are in the midst of a waiting game for now but a decision shouldn’t take longer than two weeks on what the immediate future is of Aidan McDonough and the Canucks.
Follow along here at CanucksArmy for all the latest news on the team and their prospects.
More from CanucksArmy: