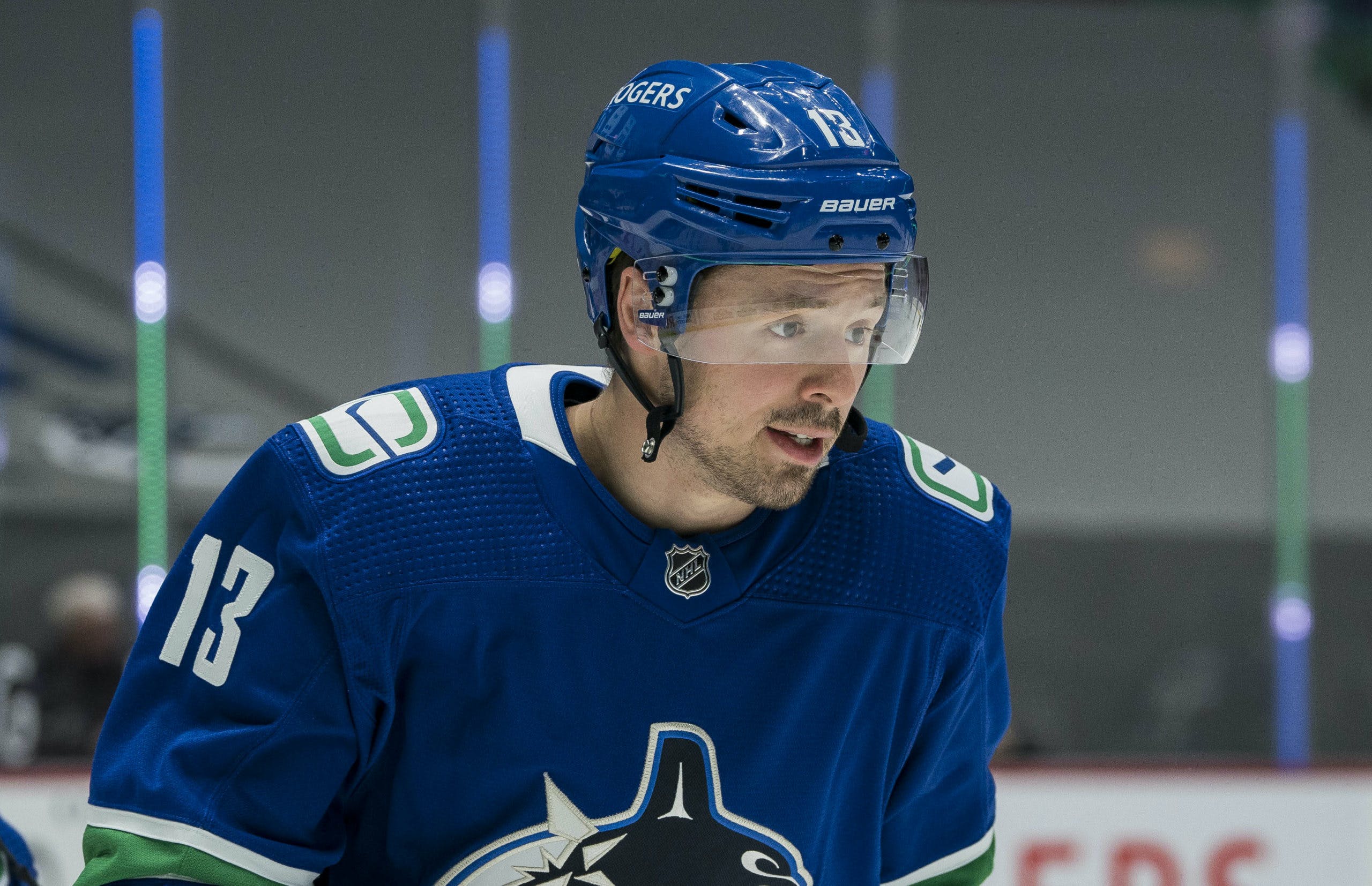 He came in and played 30 games in the Canucks’ bottom-six this past season.

Hawryluk is a good skating energy guy who does a fine job of forechecking in a fourth-line role. He wasn’t anything special this past season but at his cap hit, he outperformed a few players who were making millions of dollars more than him.

The five most consistent linemates of his were @Tyler Graovac, @Brandon Sutter, Marc Michaelis, Tyler Motte and Antoine Roussel. His best linemate of the bunch was Antoine Roussel and in the 42:48 that those two played together, they were able to keep their heads above water and had a 59.26% Corsi for percentage.

A bad collision during an intrasquad game between him and Motte ended with Hawryluk suffering an upper-body that kept him out of the lineup for the first six weeks of the season.

It looks like his head, or shoulder and head is the first point of contact on the ice. pic.twitter.com/tjGrs2UOTy

It’s tough to evaluate Hawryluk’s season because of the circumstances. He came into a new team, didn’t have a real preseason to show himself, and then the injury kept him out of the lineup until February 25th.

From watching him compete in his 30 games, there’s enough there for me to imagine that the Canucks will give him an offer to stick around and have another year to prove himself. Hawryluk is an RFA who will not be able to get much of a raise, if at all. To see a player like him come in and compete for fourth-line minutes and push players like Matthew Highmore, Antoine Roussel and Zack MacEwen to be better in camp is a good thing for the organization.

Him coming in on another $800,000 cap hit is a likely scenario and if he is not able to make the team, he has shown to be a player who can go down to the AHL and bring value at that level.

Hawryluk scored two goals and added three assists this season in his 30 games. He’s not going to light up the scoreboard but he did suffer from what seems to be some bad luck as his PDO was 0.960 while possessing an on-ice shooting percentage under 7% and a 0.895 on-ice save percentage. He was on the ice for 16 five-on-five goals against but it felt like out of the group of misfit toys in the bottom-six, there was something that made Hawryluk stick out above the rest.

It was his skating. Hawryluk gets around the ice well and finished every check that presented itself. That type of aggressiveness is appreciated on a Canucks fourth-line that has gone the route of veteran defensive-minded players instead of younger, more aggressive forwards.

Hawryluk is deserving of the reset button being pushed.

He was injured out of camp, never found a groove and then the whole COVID thing didn’t make things any easier. At 25 years old, he is still young enough that he hasn’t exactly found his game at the NHL level. I’d like to see him come into camp and fight his way into being the team’s 12th, 13th or 14th forward. If he were to not make that cut, he would down the road in Abbotsford awaiting for the call to come up and get a shot with the team in a fourth-line role.

If he wants to really show that he can make this team, Hawryluk needs to begin killing penalties. His skill set looks like the type that fits into an NHL penalty killer’s mould but he has only been on the ice for 83 seconds shorthanded over his four years and 98 NHL games. Starting in the AHL and being on the first PK unit is something that he can do to prove to the organization that he is more than just a fourth-line body in the sea of Granlunds.

You’ve got to have something that keeps you in the NHL and it helps to have a couple of skills that can keep you cashing those NHL paychecks. Right now, Hawryluk can skate at an NHL level and without that, he’s likely in the AHL. If he can add to his toolbelt and come back next season with penalty-killing being a job he wants to achieve, he will have a much better chance of sticking on that fourth line compared to players like MacEwen and Roussel.