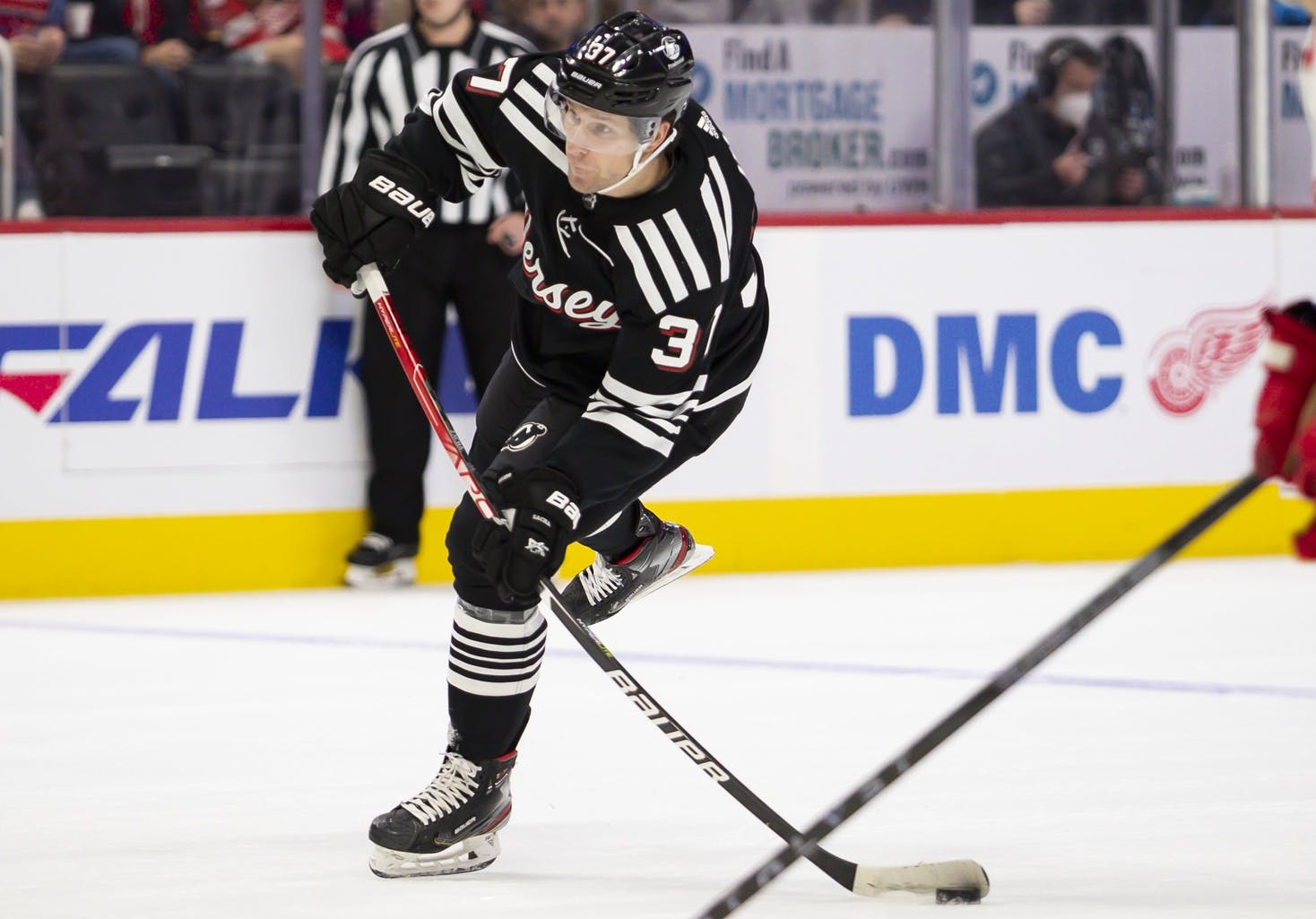 By Stephan Roget
9 months ago
As usual, the Vancouver Canucks fanbase and mediasphere spent a lot of time talking about a person named “Pavel” this past week.
And for once, it wasn’t Bure.
Instead, the name on everyone’s lips seems to be Pavel Zacha, the 24-year-old New Jersey Devils forward. Elliotte Friedman and others have specifically linked the Canucks to Zacha, stating that they’re “interested” in him — and, at first blush, that’s kind of surprising.

Zacha does fit that 20-to-25-year-old mould that POHO Jim Rutherford described as the Canucks’ target area in upcoming trades. The sixth overall draft pick in 2015 has played all three forward positions over his six seasons with the Devils thus far, and he does bring plenty of talent to the table.
Though his production is a bit down this year, Zacha has scored at a 40-50-point pace for the last three years running. He’s big (6’3”, 210lbs) and knows how to use that frame effectively, often going to the dangerous areas on the ice to score. He’s a solid playmaker, but his shot is what earns him the majority of his points.
Zacha is also a two-way talent, and has had surprisingly good analytical returns this season while playing against better-than-league-average opposition. But don’t mistake him as a shutdown center, as most of his 2021/22 minutes have come on Nico Hischier’s wing.
Really, if the Canucks really are looking at Zacha, they’re looking at him as a top-six scoring option that might also be able to fit in as a 3C — basically, what they were hoping for, and didn’t get, in Jason Dickinson.

As for the New Jersey side of the equation, that’s a little bit easier to figure out. The Devils are a franchise in transition. They put up a good fight early on in 2021/22, but they’ve since slipped all the way down to the bottom of the Metropolitan Division. All of their young pieces are in place, however, so they’ll be looking to challenge for the playoffs as soon as next season — and for a good long while thereafter.
Looking at the Devils’ current roster composition, it’s not difficult to see where they’re thin, or where they believe the Canucks might be able to help them out.
New Jersey is in possession of an excellent young 1-2-3 punch down the middle. Jack Hughes, Dawson Mercer, and Hischier are a set of pivots that can grow into being the core of a contender.
The New Jersey blueline is also coming along, buoyed by young talents like Jonas Seigenthaler and Ty Smith, the incoming Luke Hughes, and reliable vets like Damon Severson and Ryan Graves.
Where the Devils need help is at RHD (where the Canucks have less-than-nothing to offer), in net (where the Canucks have very little to offer outside of Thatcher Demko, who is untouchable), and at the wing (where the Canucks have a lot to offer.)
So, if the Canucks and Devils are really talking a trade involving Pavel Zacha, it’s probably for someone that the Devils see as an upgrade on the wing. Right now, aside from Zacha, they’ve got Tomas Tatar, Jesper Bratt, and not much else. They’ll need to be better by 2022/23.
Below, we’ll take a look at what the Canucks can offer up to fix that issue — and whether each piece constitutes a realistic return for Zacha or not.

Honestly? There’s not a lot to go on here. Maybe the Devils are interested in someone like Dickinson, but it’s just as likely that they’re not. If anything, the Canucks’ rumoured interest in Zacha reads like part of a much bigger deal — perhaps one involving Boeser or Garland.
If that’s the case, however, then Vancouver fans should hope that whatever comes of it isn’t referred to as the “Pavel Zacha trade.” As a centrepiece offer, he’s just not that appealing. As the third piece in a larger trade, however, he might just be a steal.
More from CanucksArmy:
Uncategorized
Recent articles from Stephan Roget