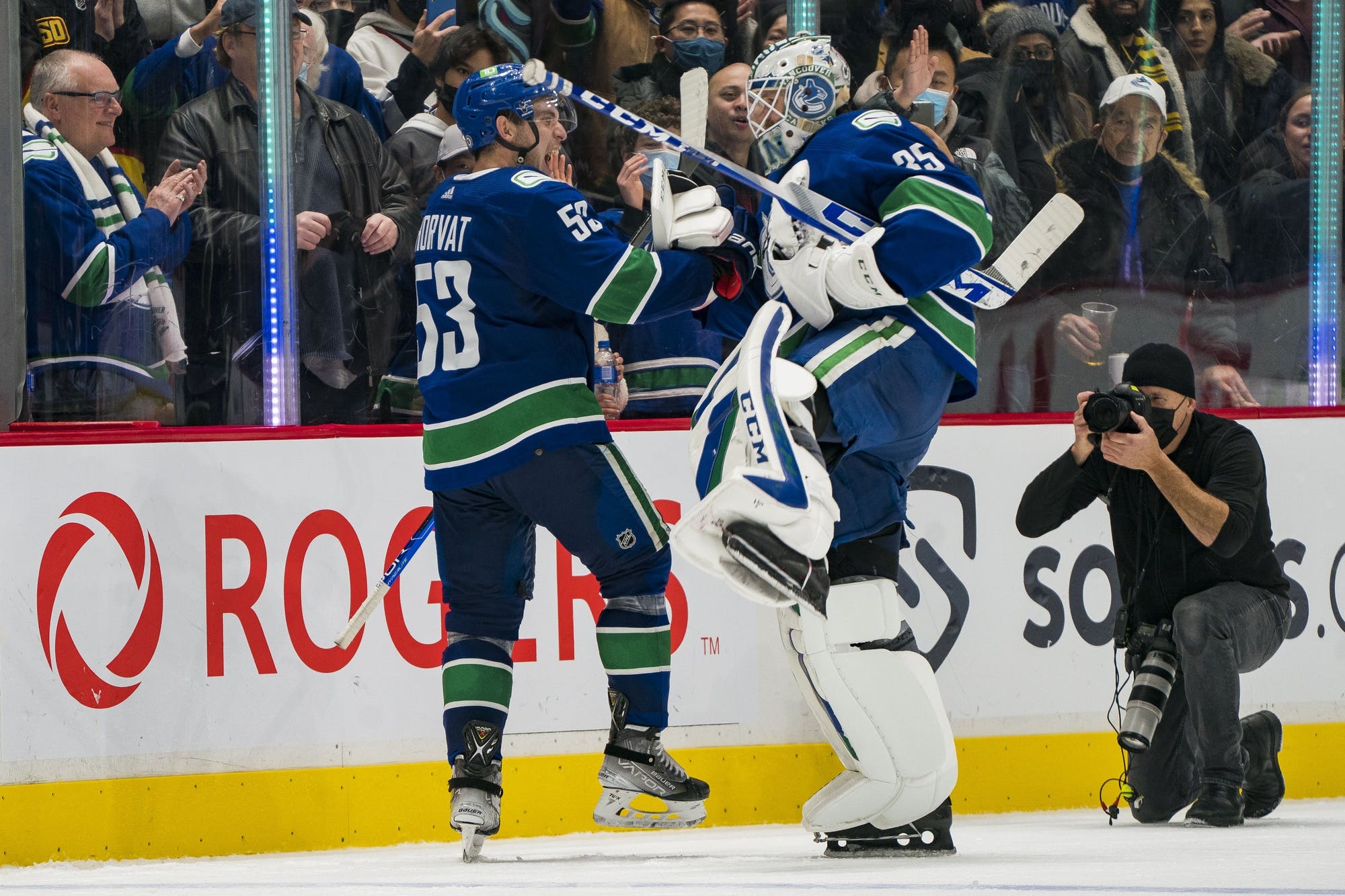 By Stephan Roget
11 months ago
Welcome back to WDYTT, the only hockey column on the internet named to the Canucks’ interim management team.
Speaking of the Canucks’ interim management team, let’s not beat around the bush. Sometimes, it’s difficult to come up with a premise for these weekly Q&As. Sometimes, it’s not. This week is of the latter persuasion.
Sunday, December 5, 2021. A date that will live in whatever the opposite of infamy is.
The Vancouver Canucks relieved Jim Benning, John Weisbrod, Travis Green, and Nolan Baumgartner of their duties.
Replacing Green and Baumgartner on the bench on a semi-permanent basis are Bruce Boudreau and Scott Walker.
Meanwhile, a five-headed managerial team of Stan Smyl, Chris Gear, Ryan Johnson, Henrik Sedin, and Daniel Sedin will temporarily fill in for Benning and Weisbrod until a new President of Hockey Operations and General Manager can be found.
But enough about those hired and fired. You know who these columns are really all about, and that’s you.
Fans within Rogers Arena booed, chanted, and jersey-tossed Canucks ownership into making widespread changes, but it wasn’t only the fans in attendance who were clamouring for a new direction. Pretty much everyone in the fanbase was by this point.
And so, at the dawning of said new direction, we want to do what the kids call a “vibe check.”
This week, we’re simply asking:

How are you feeling right now?

Last week, which feels like years ago, we asked:

Are the Vancouver Canucks in any danger of losing you as a fan?