WDYTT: Dark horses to crack the Vancouver Canucks’ roster in 2022–23 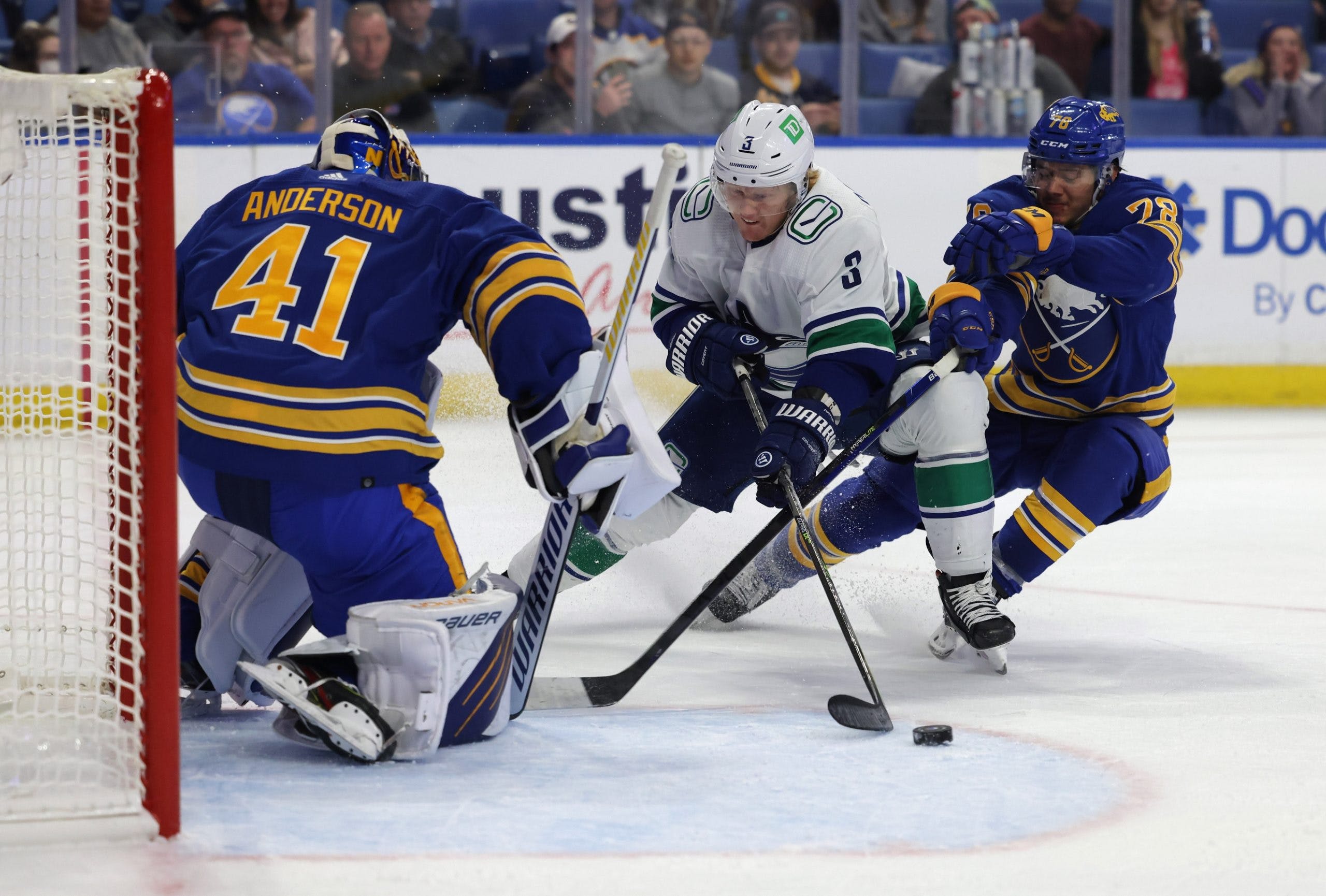 By Stephan Roget
5 months ago
Welcome back to WDYTT, the only hockey column on the internet that’s not currently trying to convince you to gamble.
Speaking of placing bets, it’s just about time to start prognosticating the 2022–23 NHL season. The returning Penticton Young Stars Classic kicks off in four weeks’ time, training camp follows, and then we’re on to game action before you know it.
Most are of the opinion that the Vancouver Canucks’ 2022–23 roster is not yet in its final form, and so predicting the exact opening night lineup is challenging. But there’s still plenty that can be speculated upon in the meantime, and one such topic is that of dark horse challengers for an NHL job in the immediate future.
Andrey Kuzmenko is virtually guaranteed a spot as a (non-Calder-eligible) rookie, and both Jack Rathbone and Will Lockwood are expected to get fair shakes. Beyond that, however, the Canucks have an organizational depth chart filled with question marks.
But that’s the cool thing about question marks: sometimes, they get answered in surprisingly positive ways. And every so often, a dark horse comes out of nowhere to force their way onto an NHL roster via a strong training camp or a string of excellent play in the minor leagues, and every so often that NHL roster is the roster of the Vancouver Canucks.
At this point, you can probably see where this is going.
This week, we’re asking you:

Let it be known in the comment section.
Last week, we asked you to:

Make a Vancouver Canucks trade proposal (that you think is both fair and beneficial to the team).