WDYTT: Which Canuck needs to have the most impressive Training Camp? 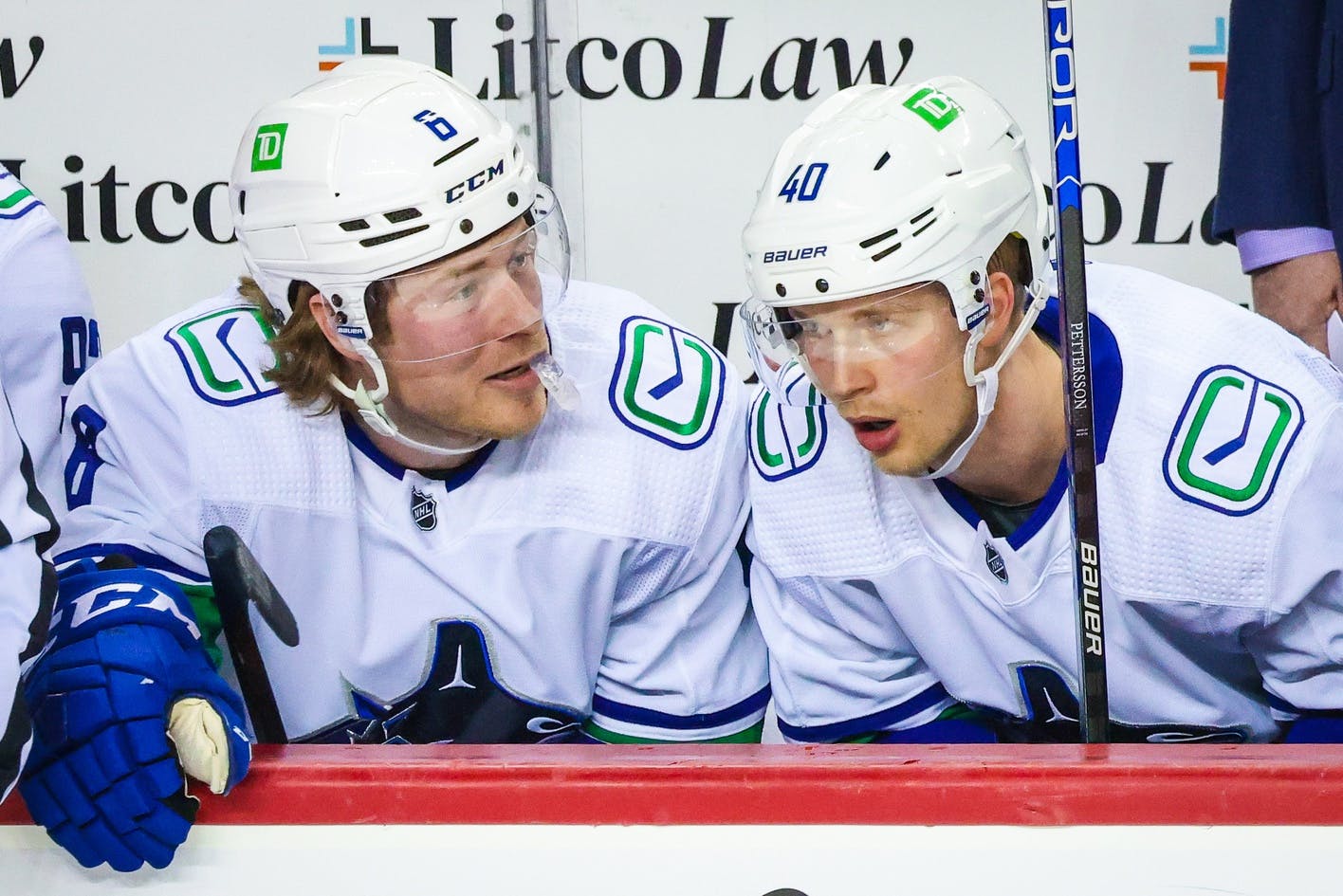 By Stephan Roget
2 months ago
Welcome back to WDYTT, the only hockey column on the internet that was promised a top-line role during contract negotiations.
Speaking of Training Camp, it is upon us. Forget “months away,” “weeks away,” and even “days away” — the Vancouver Canucks have already hit the ice. In fact, by the time you’re reading this, the actual game-action of the Penticton Young Stars Classic will be, at most, a sleep away, and from then on out, it’s hockey 24/7 for the next ten months.
Before we get too far ahead of ourselves, though, there’s the actual Training Camp itself to consider. Each year, jobs are won, and jobs are lost. Sure, some folks get to skate into any given season with a guaranteed gig and a role already written in ink, but most players feel like they’ve got something to prove each and every year — and they’re right.
The Vancouver Canucks’ roster heading into the 2022/23 appears to have been carefully constructed, and there’s admittedly not a ton of wiggle room remaining with regards to who actually makes the team and who gets cut.
But even within that framework, there’s always the possibility to rocket oneself up the depth chart — or down — with a noticeable showing in camp.
And there’s always a chance that any plans already set are waylaid by just such a performance.
This week, we’re asking you to ponder the Training Camp to come, and asking:

Which Canuck needs to have the most impressive Training Camp?

What is your reaction to the JT Miller extension?