VIDEO: Should the Vancouver Canucks extend or trade Andrei Kuzmenko? 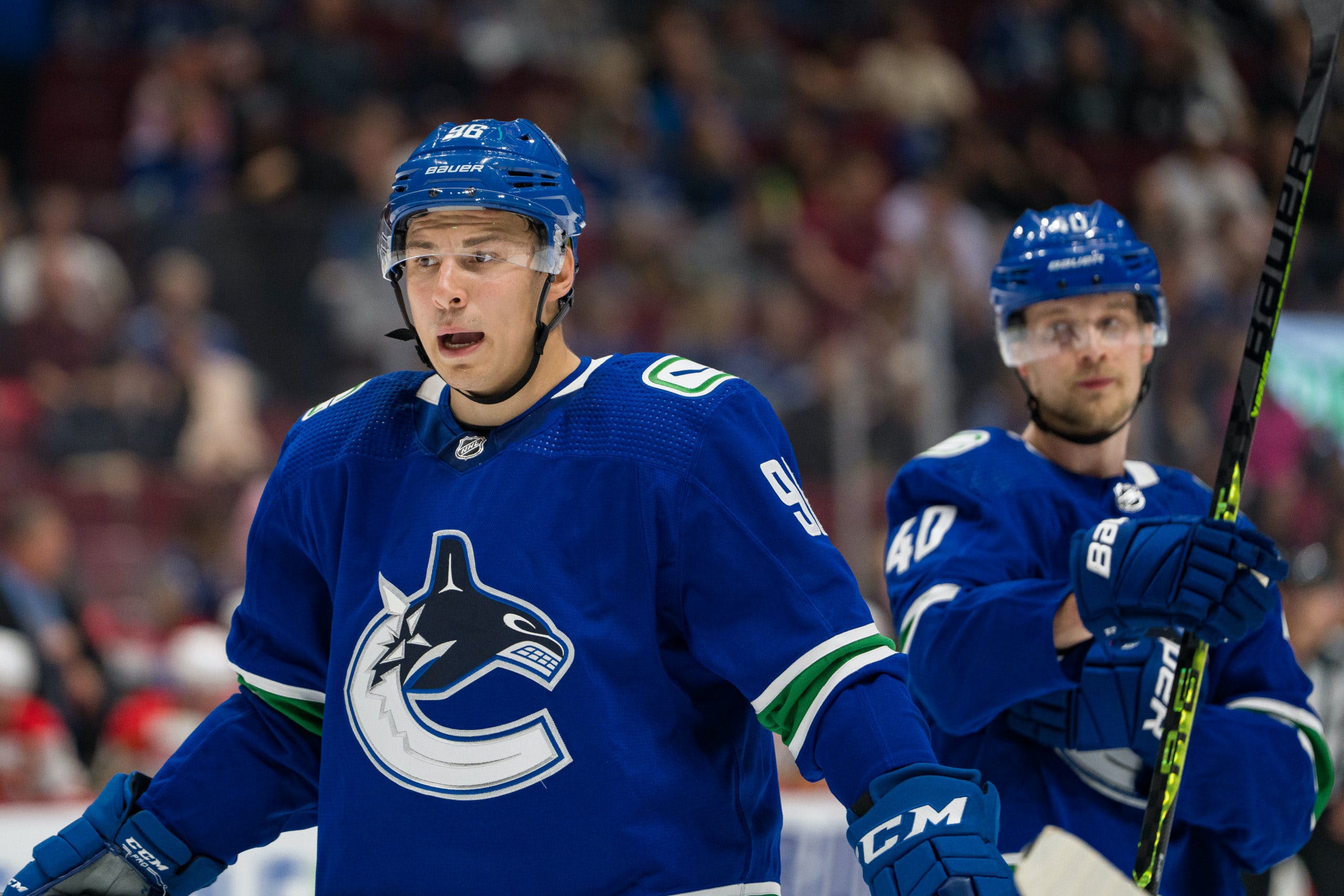 By Nation World HQ
20 days ago
In a recent episode of Canucks Conversation, David Quadrelli and Chris Faber had a discussion about Vancouver Canucks forward Andrei Kuzmenko.
The Russian forward chose to sign in Vancouver this past offseason after over 20 NHL clubs showed interest in his services. The opportunity to potentially play with Elias Pettersson was an intriguing one for Kuzmenko, and so far, Pettersson has been his most consistent linemate, and the two have enjoyed great success together this season.
Kuzmenko’s success extends to the power play as well, where he’s a fixture at the net front position, where his quick hands and creativity in the offensive zone are given every opportunity to shine. So far, Kuzmenko has tallied 17 goals and 19 assists through 40 games played in his debut NHL season.
As the March 3rd trade deadline approaches, Kuzmenko’s situation is unique because his cap hit is just $950,000, meaning contending cap-strapped teams could add a 20 goal scorer that will take up virtually no space on their salary cap.
This could lead to a bidding war on the trade market, and Quads and Faber are adamant that the Canucks need to capitalize on trading Kuzmenko if teams are willing to offer a king’s ransom to acquire Kuzmenko ahead of the deadline.
The majority of fans appear to feel the same way, as in the Atlas Goods poll question, 55% of fans said they’d prefer the Canucks trade Kuzmenko while 31% say they’d like to see him extended.
As for an extension, Kuzmenko essentially has two options. He can either sign a bridge deal — rumours suggest he can get $6 million annually on the open market — or he can take a one-year “show-me” deal to set himself up for a major payday in the 2024 offseason. If Kuzmenko goes out next season and repeats his performance of this year, the larger sample size would presumably make NHL teams feel more comfortable signing him long term.
Watch the video below, where Quads and Faber weigh all the Canucks’ options:
Be sure to subscribe to the CanucksArmy YouTube channel!
You can catch the livestream of Canucks Conversation at 1 PM Pacific Monday through Friday on The Nation Network’s Youtube Channel here and the CanucksArmy Twitter account here. Clips of the show are posted daily to the CanucksArmy YouTube channel, which you can find by clicking here.
The show is also available in podcast format around 2 PM every day wherever you get your podcasts!
Shows
Recent articles from Nation World HQ