Vegas’ Robin Lehner expected to miss the entire 2022-23 season: Around the Pacific 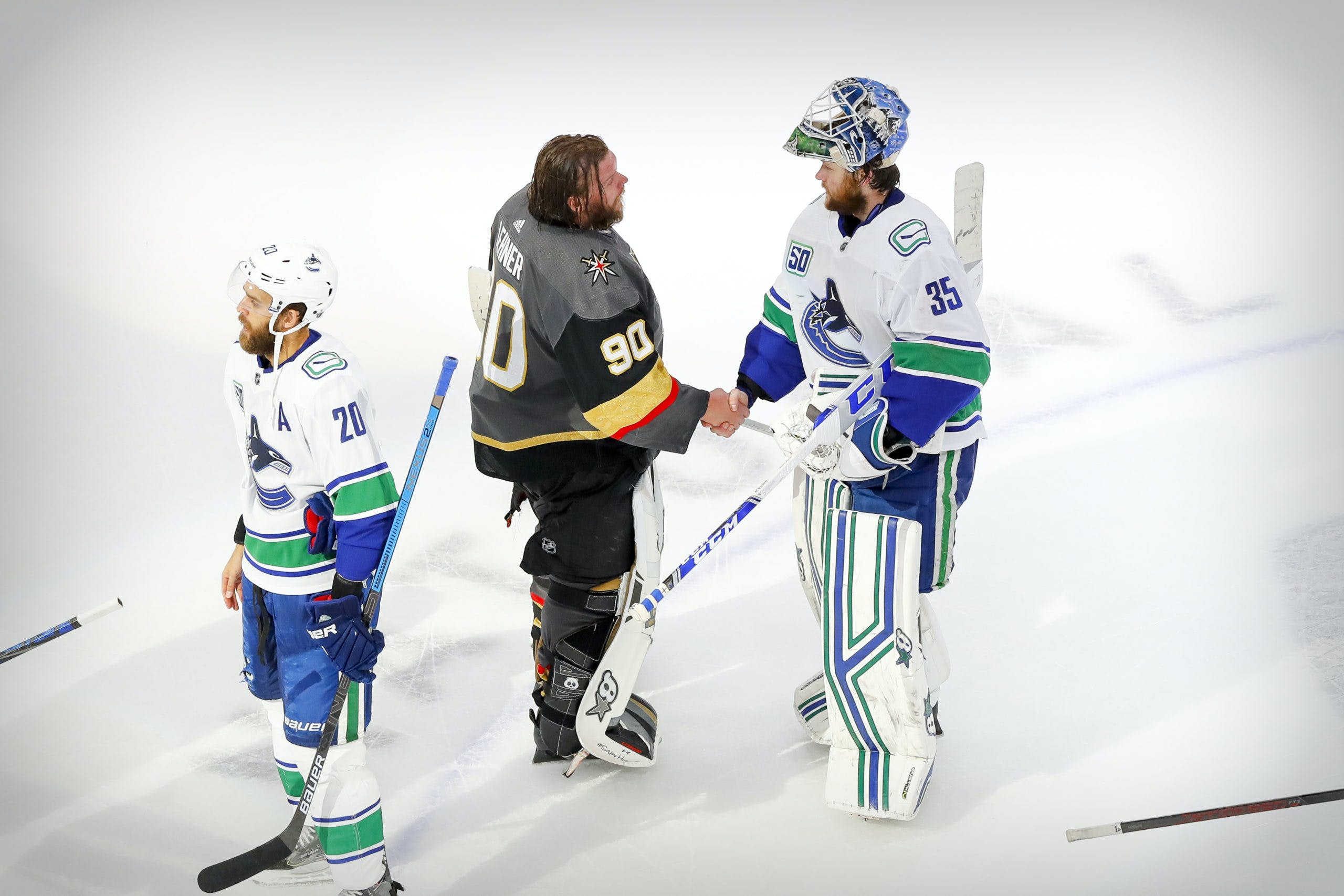 By David Quadrelli
3 months ago
Welcome back to Around the Pacific — a series in which we examine news from around the Pacific Division through a Canucks-tinted lens.
Folks, we’ve got news.
That’s right, it’s the middle of August, and we have NHL news that affects your Vancouver Canucks quite a bit.
After injuries ultimately derailed their chances at qualifying for last year’s playoffs, the Vegas Golden Knights are facing perhaps their greatest worst-case scenario yet.
Goaltender Robin Lehner is expected to miss the entire 2022-23 season, the club announced Thursday morning.
Vegas has had a disappointing offseason to this point, as the club was ultimately unable to get better over the summer. They gave away Max Pacioretty for free for cap considerations, and now have lost their starting netminder.
As it stands, the club has Logan Thompson, Michael Hutchinson and Laurent Brossoit under contract.
Thompson, who has appeared in just 20 NHL games to this point, will undoubtedly be the team’s starter at this point in time. The 25-year-old put up a .914 save percentage through 19 appearances last season.
Vegas is almost certainly a worse team without Lehner in goal, and their season, as it stands, will essentially be in the hands of a very unproven young starter.
As a result of Lehner’s injury, Vegas is expected to put him on LTIR, giving them an extra $5 million in cap space this season.
Despite making a big splash by acquiring Jack Eichel from the Buffalo Sabres, last season marked the first in Vegas’ five-year history that the club didn’t qualify for the postseason.
Where do you think Vegas will finish in the Pacific Division next season? Let us know in the comments section below!