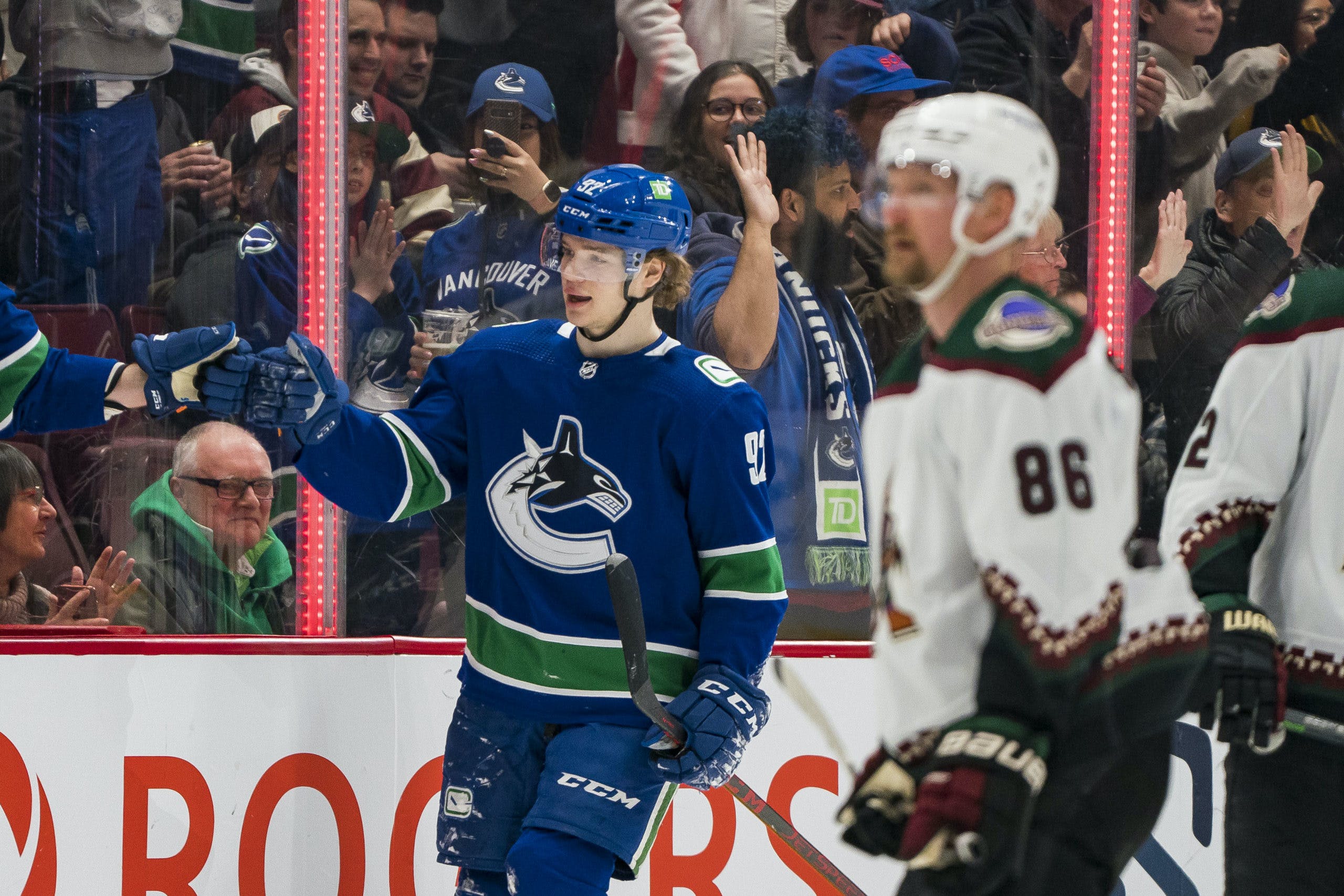 By Mike Gould
7 months ago
The Vancouver Canucks have assigned @Vasily Podkolzin to the Abbotsford Canucks, the club announced on Saturday.
Podkolzin, 20, will join Abbotsford for its upcoming run in the 2022 Calder Cup playoffs. The 2019 first-round pick amassed 14 goals and 26 points in 79 National Hockey League games as a rookie with Vancouver this season.
@Spencer Martin, @Arturs Silovs, and @Will Lockwood have also been assigned to Abbotsford for the playoffs. Nic Petan and @Sheldon Dries have been placed on waivers and will join the AHL Canucks if they clear.
Earlier this week, Podkolzin spoke with CanucksArmy‘s Chris Faber about the prospect of joining Abbotsford in its pursuit of the Calder Cup.
“That’s good extra games for me,” Podkolzin told Faber. “I told Bruce about it after the deadline and he said it’s good for you, good for your experience and you will be a better player after this playoff and extra games. We will see, I don’t know yet. We will talk with Bruce after the back-to-back and we will see. I hope I can bring good hockey for Abbotsford.”
Their official matchup is still to be determined, but the Canucks will likely have home-ice advantage in the first round of the 2022 AHL playoffs. The Baby ‘Nucks currently sit in third place in the Pacific Division with a 39–22–6 record; the top seven teams in the Pacific will advance beyond the regular season.
Podkolzin has yet to play his first AHL game. He was sent down to Abbotsford in a “paper transaction” prior to the 2022 NHL trade deadline to ensure his eligibility for the Calder Cup playoffs.
Without Podkolzin, Martin, Silovs, or Lockwood in the lineup, the Canucks are currently down 4–0 to the Manitoba Moose in the second period of their season finale at Canada Life Centre.
Uncategorized
Recent articles from Mike Gould