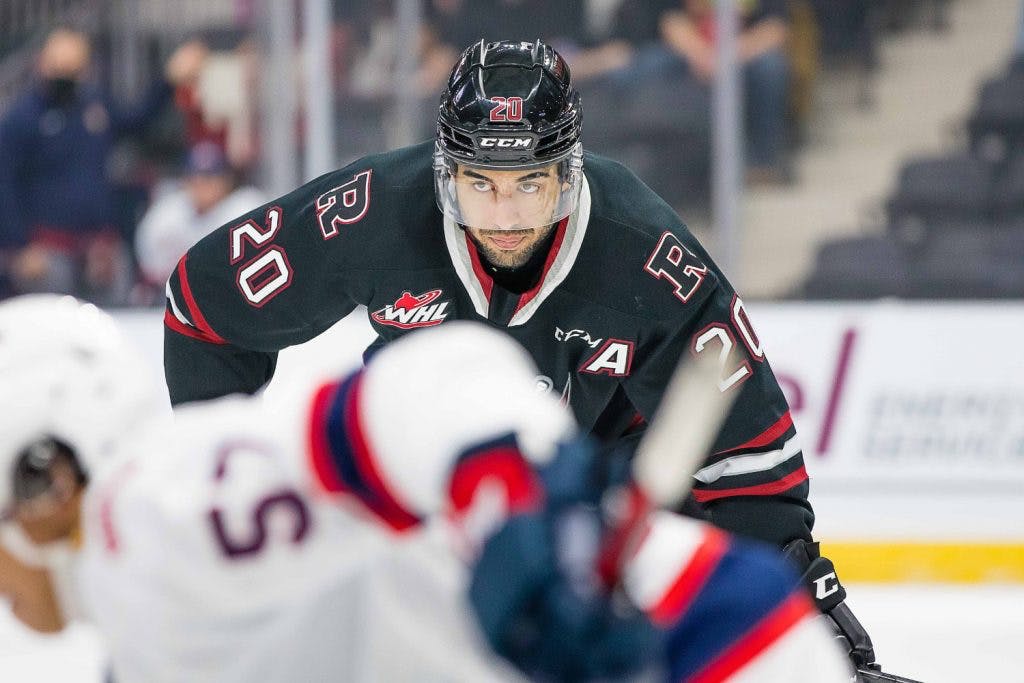 By Zach Laing
8 months ago
The Vancouver Canucks have signed forward Arshdeep Bains to an entry-level contract.
The 6’1, 184-lb winger is a native of nearby Surrey, B.C. and grew up playing his junior hockey in the area.
He joined the WHL’s Red Deer Rebels in 2017-18, and has remained with them since.
“In his 16-year-old season, he was leading the Triple-A midget league in B.C. in scoring. We brought him in and every player develops at different stages… it’s taken him all that time to get where he’s at,” Rebels general manager Brent Sutter told the Red Deer Advocate.
“It’s a credit to him for staying with it, not giving up on himself, staying positive – keep working and keep making himself better everyday… I think he’s done a really good job and he’s being rewarded for it.”
His game has continued to develop in a positive direction and this year, the 21-year-old has scored 30 goals and 82 points leading the WHL in both assists (52) and points, at the time of writing. Bains has become the first player of South Asian decent to lead the WHL in points.
Bains becomes the fourth player of Punjabi decent to sign an NHL deal. Following in the footsteps of Jujhar Khaira, Robin Bawa and Manny Malholtra.
Last week, Hockey Night in Punjabi host Randip Janda said Bains was generating interest from up to 20 NHL teams.
Zach Laing is the Nation Network’s news director and senior columnist. He can be followed on Twitter at @zjlaing, or reached by email at zach@oilersnation.com.
Uncategorized
Recent articles from Zach Laing