The Canucks were 0.9 seconds away from being eliminated from playoff contention on Sunday 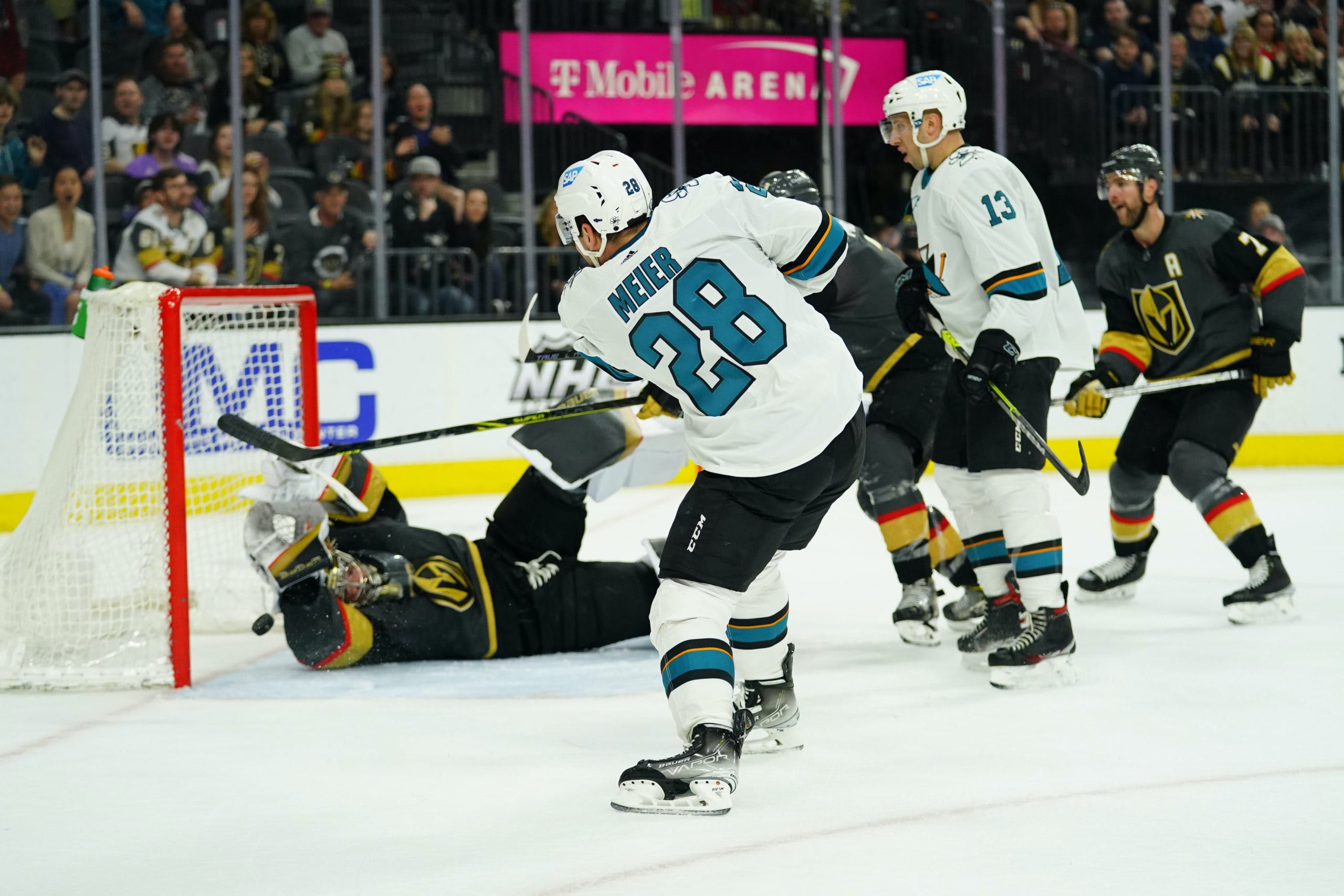 By Mike Gould
7 months ago
The Vegas Golden Knights could have eliminated the Vancouver Canucks from 2022 Stanley Cup playoff contention with a win over the San Jose Sharks on Sunday night.
A Golden Knights victory in any fashion would have made it mathematically impossible for the Canucks to claw their way into a Western Conference playoff spot.
With the way the action unfolded in Vegas on Sunday, it remains extremely unlikely that the Canucks will make it to the dance …
But it ain’t over.
The Golden Knights carried a 3–2 lead into the third period against the Sharks. Then, Vegas forward @Nicolas Roy made it 4–2 at the 6:35 mark of the final frame with his 15th goal of the season.
Lights out for the Canucks, right?
Not so fast. With just 2:06 remaining in regulation, @Nick Bonino scored his second of the night to bring the Sharks back within one at T-Mobile Arena. San Jose needed just one more goal to tie things up. Would 2:06 be enough time?
How about nine tenths of a second? Any time can be Timo Time, after all.
Sharks star Timo Meier scored his 35th goal of the season to make it a 4–4 game with 0.9 seconds remaining on the clock, just barely keeping the Canucks’ playoff hopes alive.
But San Jose still had unfinished business. The Golden Knights needed two points to end the Canucks’ playoff dreams. Both teams picked up one by making it past the 60-minute mark.
Vegas outshot San Jose 6–1 in overtime, but the five-minute extra frame came and went without either team finding the back of the net.
Of course Sunday’s game went to a shootout. With the critical third point hanging in the balance, both teams went to work in the skills competition. The first five shooters were stopped, setting the stage for Sharks rookie Thomas Bordeleau to keep the Canucks alive.
You know the rest.
Bordeleau made it look easy, putting the final bow on an unlikely 5–4 shootout win for the Sharks.
In doing so, the 20-year-old forward illuminated a (very narrow) path to the playoffs for the Canucks, as illustrated on Twitter by Vancouver PHWA chapter chair Patrick Johnston:

Sooooo Canucks still have a chance. It’s ridiculous but here it is:
Vegas must win in regulation in Dallas on Tuesday and then lose their last two (at StL, at Chi) in regulation.
Dallas must lose all three games in regulation (VGK, AZ, Ana).
Van must win all three.

If Timo Meier hadn’t scored with 0.9 seconds remaining on the clock in Sunday’s game against Vegas, none of the above would apply.
As it stands, Moneypuck gives the Canucks a 0.1 percent chance to qualify for the playoffs. They’ll return to action at Rogers Arena on Tuesday to host the Seattle Kraken at 7:00 p.m. PT.
Uncategorized
Recent articles from Mike Gould