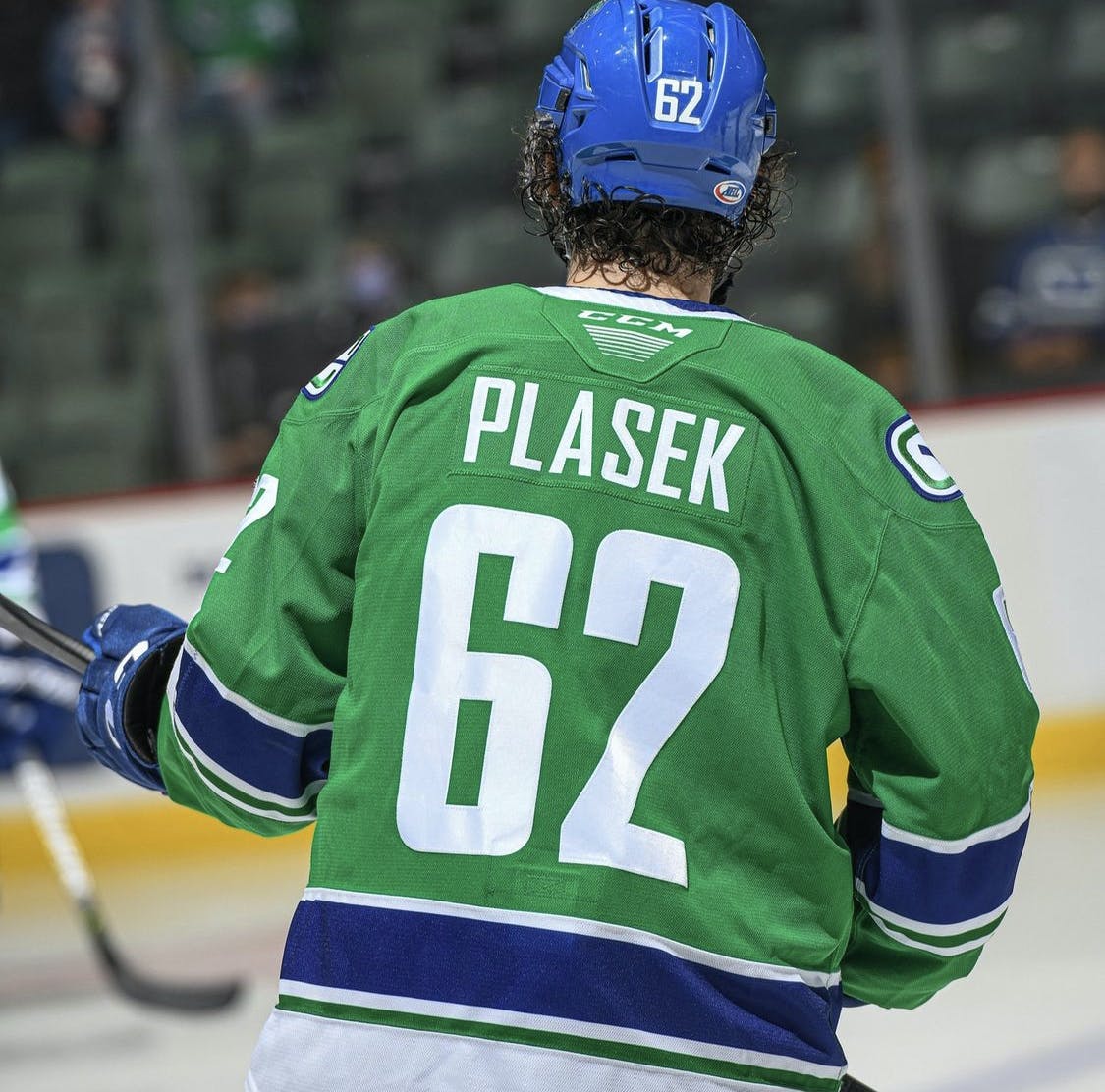 By Faber
2 months ago
The Vancouver Canucks are just a few days into the preseason and are already dealing with injuries to Brock Boeser, Ilya Mikheyev, and defenceman Travis Dermott.
Some of the prospects are also dealing with injuries that will have them miss the beginnings of their seasons.
Because, well…
It’s the Canucks.
We will start with defenceman Hugo Gabrielson, who had shoulder surgery back in June and is currently unavailable for his Allsvenskan squad.
The 19-year-old Gabrielson grew up in the Frölunda SHL program but is set to play with Västerviks in the Allsvenskan for a chance to see more minutes and co to he to develop. Gabrielson is expecting to return to action sometime in December or January. He did get a chance to attend Canucks development camp this summer but was held off the ice due to his injury.
Another injury we’ve heard about is Karel Plasek, who is expected to join the Abbotsford Canucks this season but has not been in attendance for any of training camp or preseason practices/games.
Plasek, who turned 22 in July, missed a big portion of last season — only getting into eight games with the Abbotsford Canucks.
A team source confirmed that we should be expecting Plasek to be, “getting closer” in mid-late October. He is still recovering from hip surgery that has made his offseason all about recovery.
All the sources we have talked to expect Plasek to stay in the AHL and join the Abbotsford Canucks at some point this fall/winter.
Heck, they already have Plasek’s jersey ready. Linus Karlsson is keeping it warm for him.
Plasek was spotted in Whistler around the rink and is working to get on the ice as soon as possible.
Finally, Daimon Gardner, who was drafted by the Canucks in the fourth round of the 2022 NHL draft — has suffered a torn MCL during preseason play with the Tri-City Storm of the USHL.
Gardner confirmed this on the latest episode of the Rez Hockey Podcast.
After ripping up Minnesota high school hockey last year, the 6’4”, 200+ pound forward impressed us at development camp with his impressive combination of size and speed. There’s a lot of raw talent for the 18-year-old Gardner, and he will be joining Clarkson University for the 2023-24 NCAA season.
This wraps up a quick update on the injuries around the Canucks prospects. Be sure to check out our Blackfish Prospects Report every Tuesday, here at CanucksArmy.
News
Recent articles from Faber