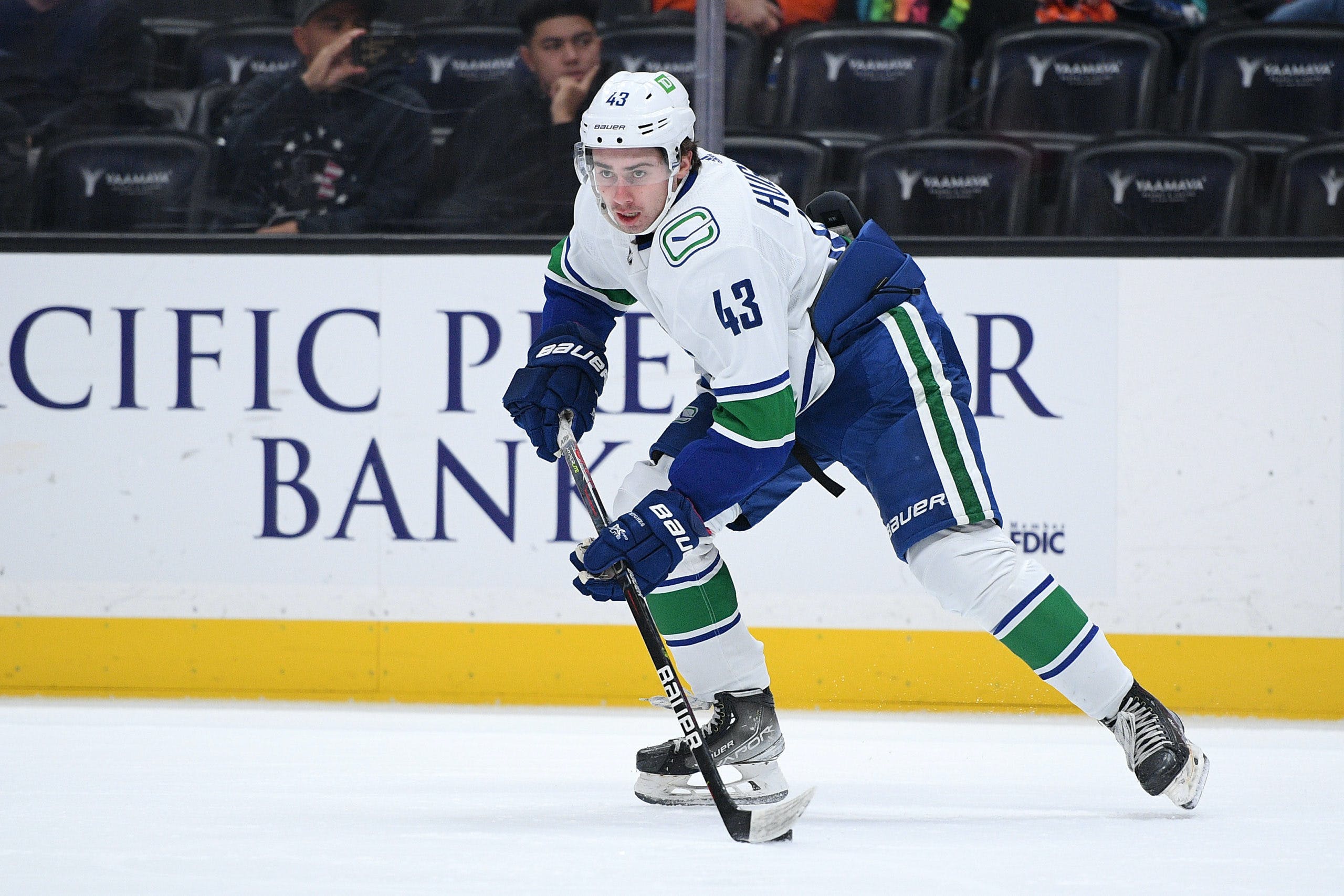 By Zach Laing
11 months ago
Vancouver Canucks defenceman has entered COVID-19 protocols, the club announced Monday.
Hughes, 22, was at the NHL’s All-Star game over the weekend where his brother, Jack, had also tested positive for COVID-19.
Canucks’ executive Jim Rutherford spoke to Rick Dhaliwal Monday, where he said the news was a tough break for the team and that Hughes will be unavailable to them for the next three games. The team is eyeballing a Feb. 17th return.
Hughes has appeared in 45 games for the Cnaucks this season scoring just two goals, but adding 32 assists. Hughes ranks second on the Canucks in scoring and is tied for fifth in league scoring among defencemen.
The Canucks’ schedule post-all-star break will see them kick off a three-game homestand. The Arizona Coyotes pay visit Tuesday, before the New York Islanders visit Wednesday. The homestand finishes up Saturday when the Toronto Maple Leafs visit Rogers Arena.
Zach Laing is the Nation Network’s news director and senior columnist. He can be followed on Twitter at @zjlaing, or reached by email at zach@oilersnation.com.
Uncategorized
Recent articles from Zach Laing