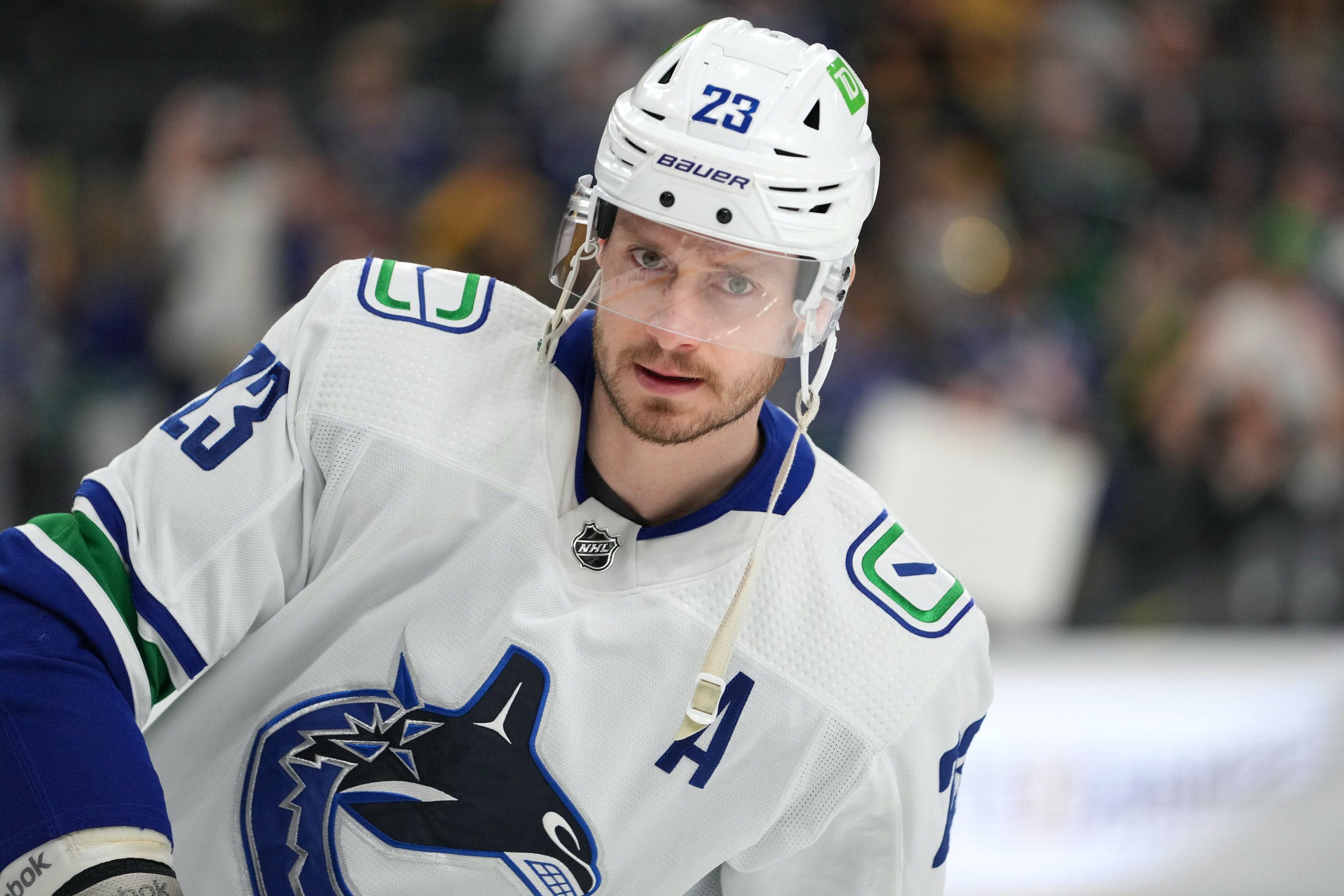 By Mike Gould
8 months ago
Sportsnet hockey insider Elliotte Friedman discussed all things Vancouver Canucks with Don Taylor and Rick Dhaliwal on Monday’s edition of Donnie & Dhali – The Team on CHEK TV.
While discussing some on-ice personnel moves the Canucks’ front office might try to make this summer, Friedman brought up a player the team’s former general manager Jim Benning brought in at the 2021 NHL Draft: @Oliver Ekman-Larsson.
“I just think that the Canucks have tried to look around to see if there’s a market there, at all,” Friedman said. “And don’t forget: OEL has say, because he’s got the no-move clause.”
Here’s the full video of Friedman’s appearance on Donnie & Dhali. His discussion about Ekman-Larsson with Taylor begins at the 6:17 mark of the clip.
The Canucks traded their 2021 first-round draft pick (later used to select Dylan Guenther), a 2022 second-round pick, a 2023 seventh-round pick, and forwards @Loui Eriksson, @Jay Beagle, and @Antoine Roussel to the Arizona Coyotes last July in exchange for Ekman-Larsson and @Conor Garland.
In 79 appearances with the Canucks this season, Ekman-Larsson scored five goals and 29 points while averaging 22:19 of ice-time per game. The 6’2″ left-handed defenceman is signed through 2026–27 at an $8.25 million annual cap hit, although the Canucks are only on the hook for $7.26 million per year; Ekman-Larsson’s deal also contains a full no-movement clause.
While Ekman-Larsson’s name was involved in trade rumours during the 2020–21 season, reports indicated the Canucks and Boston Bruins were the two leading contenders to acquire his services. Ekman-Larsson has full control over his destination in any potential trade.
Ekman-Larsson has 133 goals and 417 points in 848 career regular-season games with the Coyotes and Canucks. The ‘Yotes originally selected him with the sixth-overall pick in the 2009 NHL Draft.
Uncategorized
Recent articles from Mike Gould