Report: Montreal Canadiens “may have interest” in acquiring Michael DiPietro 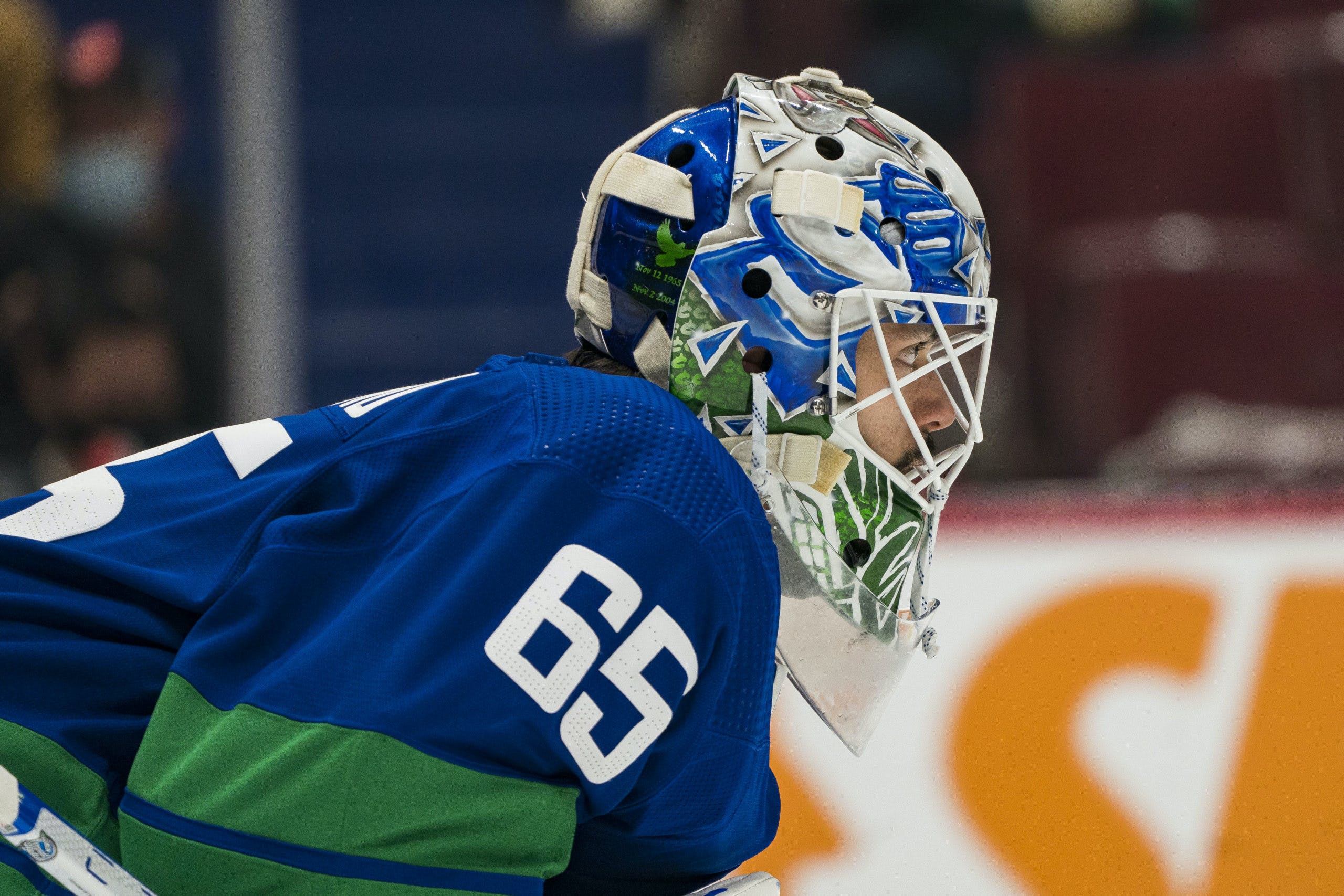 By Mike Gould
5 months ago
The Montreal Canadiens could have interest in acquiring Vancouver Canucks goaltender Michael DiPietro, according to a report by Rick Dhaliwal.
Dhaliwal mentioned DiPietro’s situation on Wednesday’s edition of Donnie & Dhali — The Team on CHEK TV, making note of his lower position on the Canucks’ goaltending depth chart and the mutual desire for him to get a fresh start.
“Mike DiPietro — it’s time for a change, he needs a fresh start, he’s gotta get out of here. He’s fallen behind Arturs Silovs,” Dhaliwal said. “Someone told me this morning the Habs may have interest.”
DiPietro is a pending restricted free agent. The deadline for teams to tender qualifying offers to their RFAs is July 11.
“I think the Canucks are, hopefully, gonna get him moved by the deadline next week,” Dhaliwal continued.
DiPietro, 23, appeared in 34 games with the AHL’s Abbotsford Canucks during the 2021–22 regular season, posting a 15–13–4 record and a .901 save percentage.
The 2017 second-round pick also appeared in one game with Vancouver this season, allowing three goals on 17 shots in a 3–1 loss to the St. Louis Blues on January 23.
More from CanucksArmy:
Uncategorized
Recent articles from Mike Gould