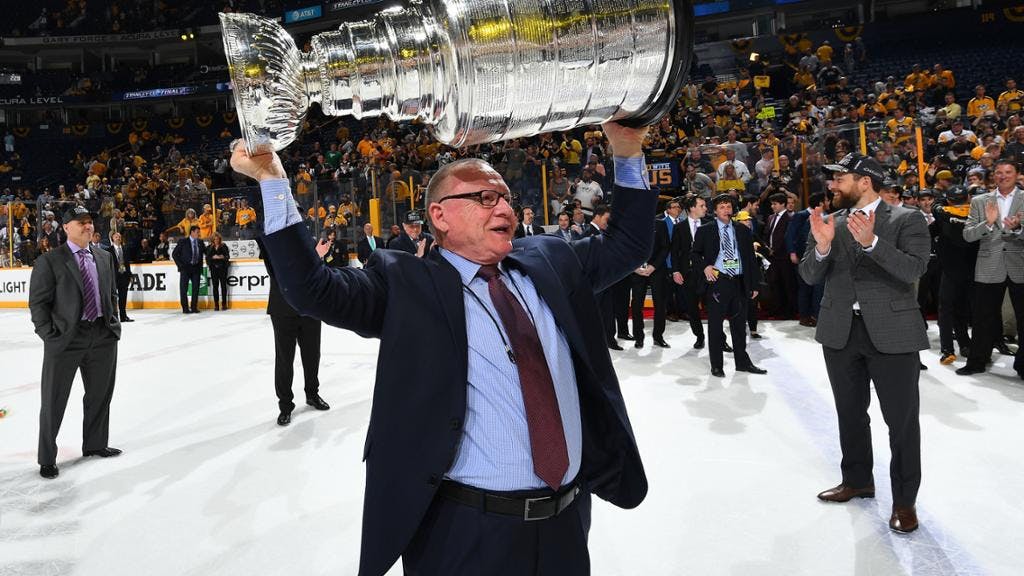 By Zach Laing
11 months ago
The Vancouver Canucks didn’t take long to add a fresh face to their front office.
The team has hired former Pittsburgh Penguins general manager Jim Rutherford as their president of hockey operations and interim general manager.
The move was confirmed by Daily Faceoff’s Frank Seravalli.
Rutherford, 72, spent seven years as general manager of the Pittsburgh Penguins starting in 2014 and leading up to his resignation in January 2021. There, he won two Stanley Cups and the Penguins didn’t miss the playoffs once.
“It is an honour to join the Vancouver Canucks and to lead an NHL team in Canada,” Rutherford said in a statement. “I would like to thank Francesco and the Aquilini family for the opportunity. The Canucks have an exciting young group of players, and I look forward to building a plan that will take this team to the next level and excite Canucks fans everywhere.”
Known for being a shrewd trader, Rutherford made 53 trades and was never hesitant in pulling the trigger on deals. He also spent 20 years at the helm of the Hartford Whalers and Carolina Hurricanes where he won the 2006 Stanley Cup.
The Canucks made the move official Thursday morning.
“It is time for a new vision and a new leader who will set a path forward for this team,” said Canucks owner Francesco Aquilini. “Jim has tremendous experience building and leading winning organizations and I believe he will help build the Vancouver Canucks into a team that can compete for championships again.”
Zach Laing is the Nation Network’s news director and senior columnist. He can be followed on Twitter at @zjlaing, or reached by email at zach@oilersnation.com.
Uncategorized
Recent articles from Zach Laing