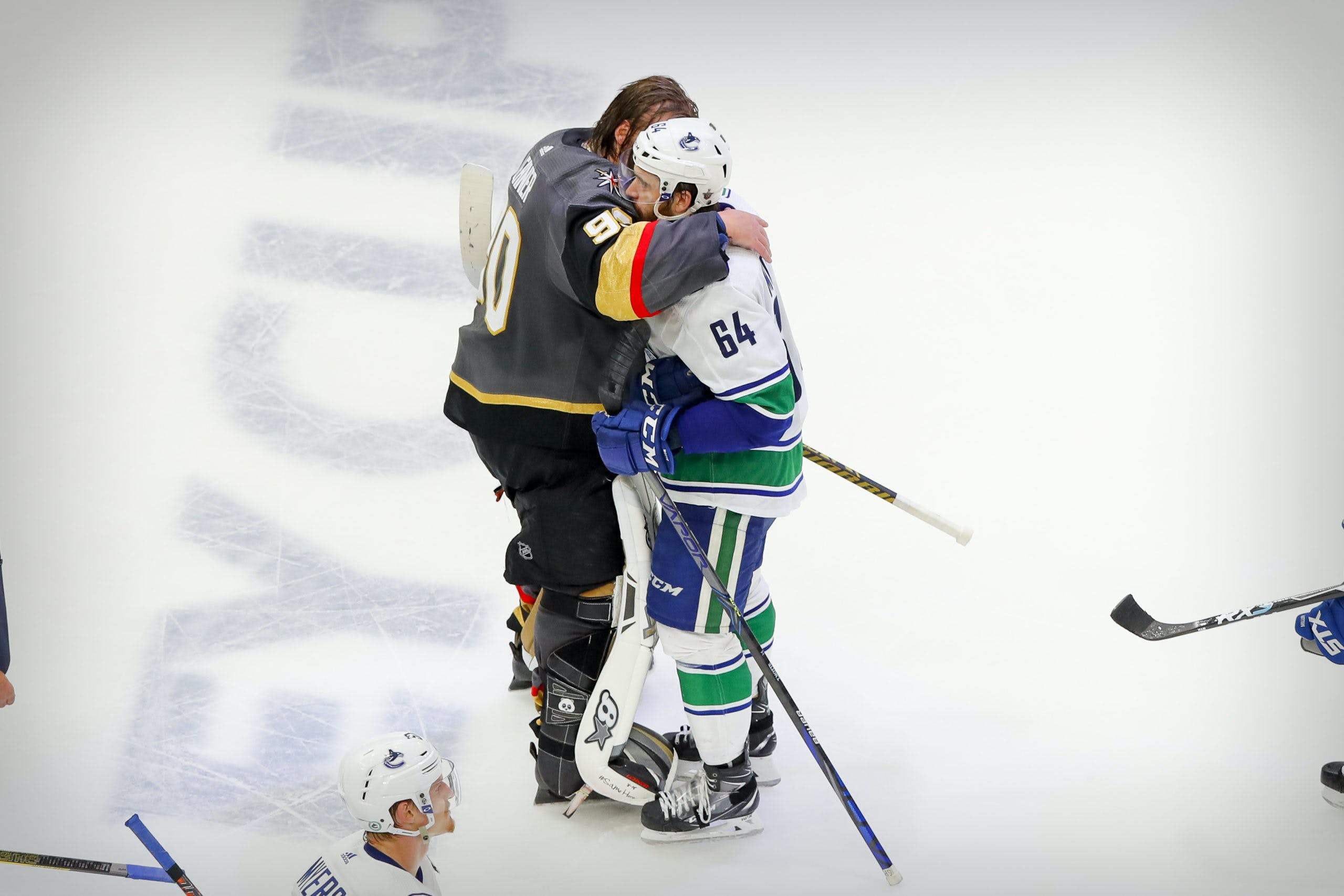 By Phil Figueiredo
1 year ago
The Professional Hockey Writers Association has announced the nominees for this year’s Bill Masterton Memorial Trophy and the player representing the Vancouver Canucks this year is Tyler Motte.
Motte has been very open about his battles with anxiety and depression. He has also teamed up with Canucks for Kids and started “Motter’s Mental Health Fund” with all proceeds benefiting different mental health initiatives and foundations.
Every year, the Masterton Trophy is given to the player who best exemplifies the qualities of perseverance, sportsmanship and dedication to hockey. In a year unlike any other, opening up about your own anxiety, depression and overall mental health while having to go out and perform at the highest level night after night plays a big part in Motte’s nomination.
“He means a lot to our team,” said Canucks head coach Travis Green of Motte’s nomination. “I’m proud of him for the player he is and the man he’s become. To have a player on your team willing to speak on mental health is a great thing.”
Motte is proud to be an ambassador for #HockeyTalks, which is an annual initiative where clubs raise awareness about mental health through social media. #HockeyTalks started in 2013 to honour Rick Rypien — who we lost in 2011 after his courageous battle with mental health issues.
Motte sat down with the Canucks earlier this year and spoke about the things that helped him with his own mental health struggles.
“I would say when you’re ready, talk to someone. Take that first step — or half a step — and have a conversation with someone. I know it went a long way for me, and I hope that it leads to better days for you.”
Here’s the rest of the nominees for the award. Motte would be the first Canuck to ever win the Masterton Trophy if he does so this year.
Uncategorized
Recent articles from Phil Figueiredo