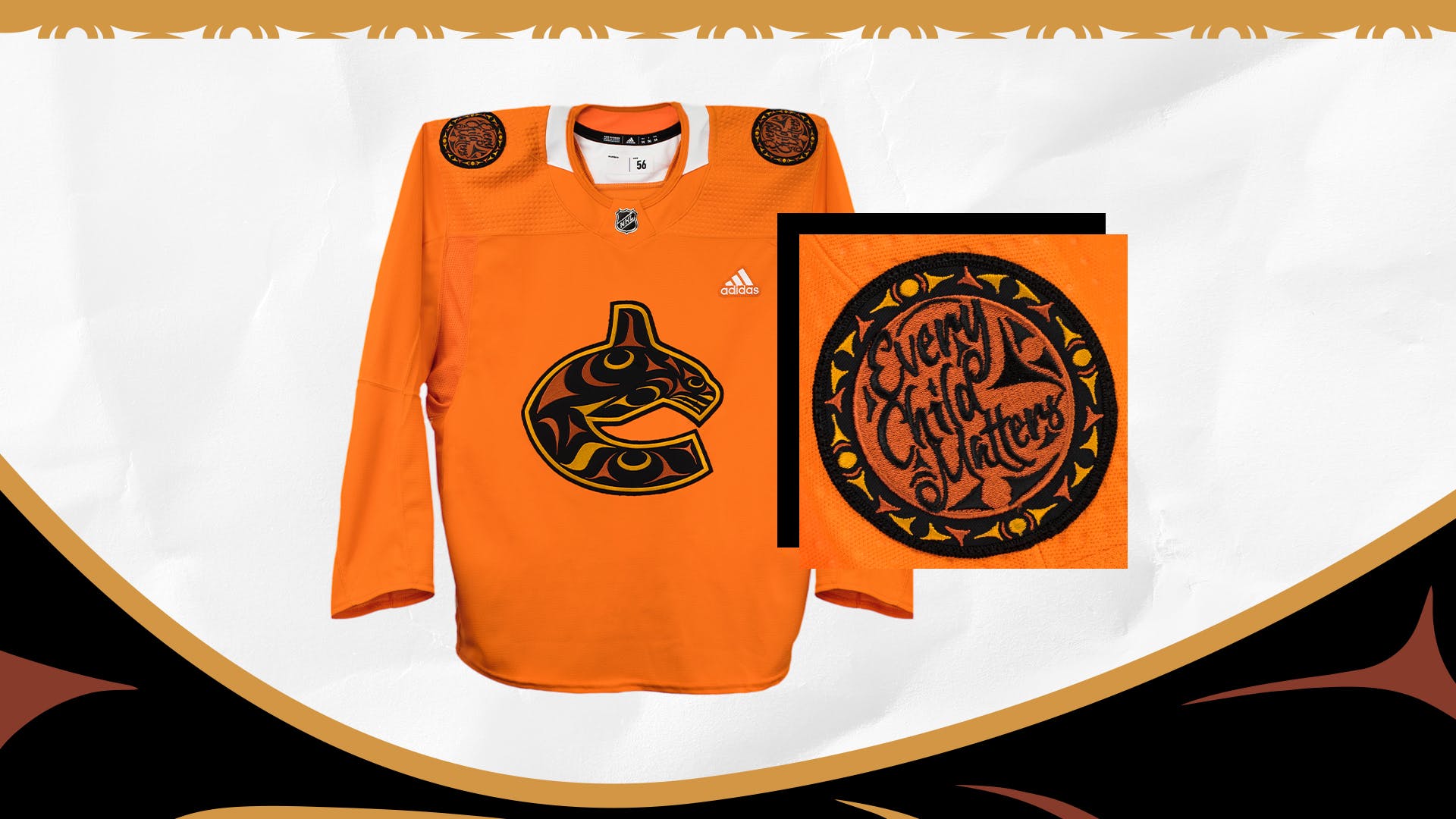 By Mike Gould
10 months ago
The Vancouver Canucks took to Twitter on Friday to unveil their 2022 First Nations Night warm-up jersey.
Scheduled to be worn prior to the Canucks’ home game against the St. Louis Blues on March 30, the jersey features a modified orca crest inspired by traditional Coast Salish art on an orange base.
Musqueam artist Chase Gray collaborated with the Canucks to design the uniform, which was created to honour all Indigenous victims and survivors of Canadian residential schools.
The base of the jersey takes its colour from Orange Shirt Day, a statutory holiday that recognizes the destructive impact the residential school system had on Indigenous communities.
The modified orca crest and shoulder patch both incorporate three Musqueam colours: tumuth, sunset yellow, and black.
After wearing their First Nations Night commemorative warm-up jerseys, the Canucks will take on the Blues on March 11 at 7:00 p.m. PT.
Uncategorized
Recent articles from Mike Gould