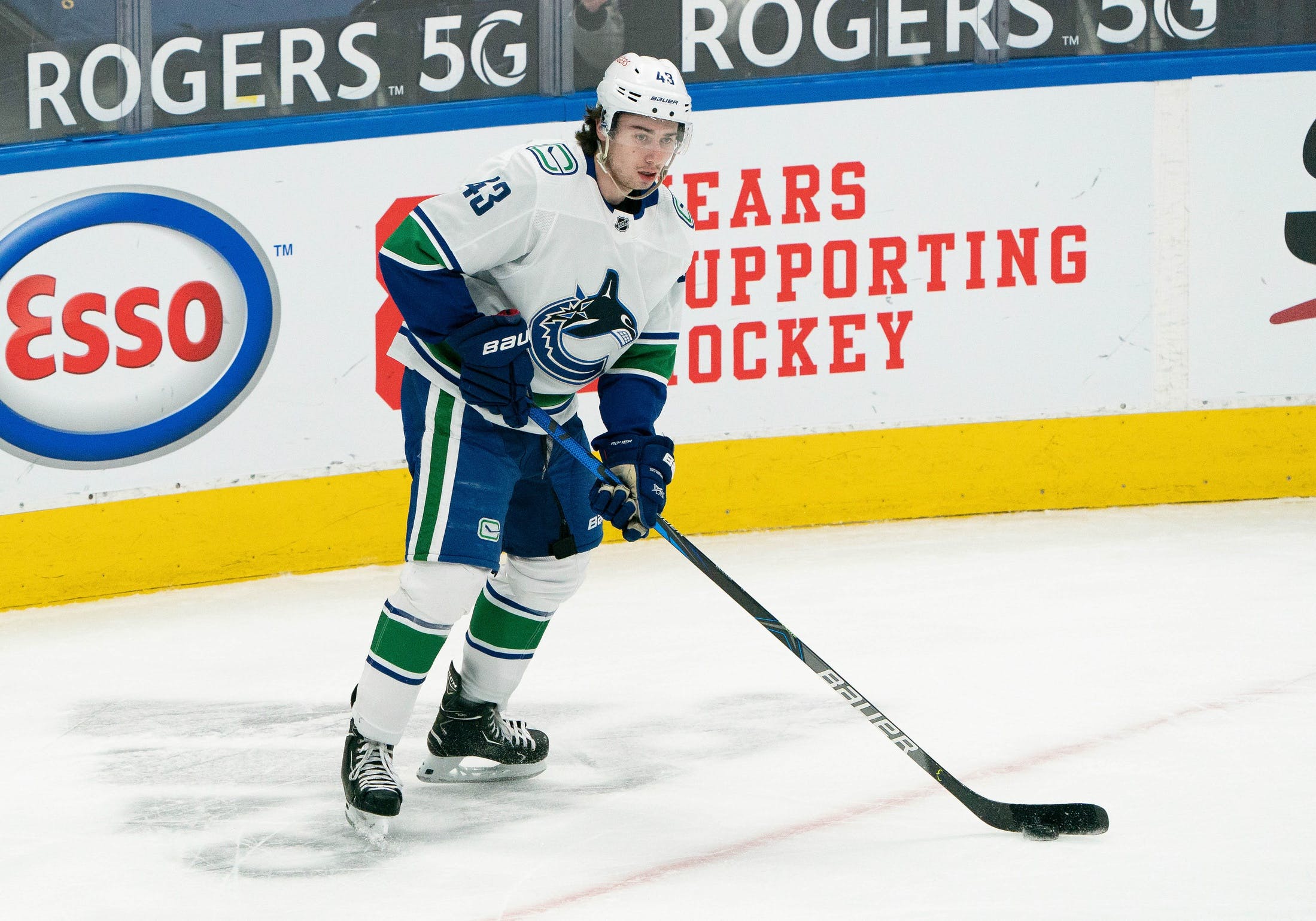 By Mike Gould
11 months ago
Members of the Vancouver Canucks answered Christmas-related questions in a short video posted to Twitter on Wednesday afternoon.
In particular, one Canucks defenceman was unanimously singled out as the worst Christmas decorator on the team: @Quinn Hughes.
“It’d probably be Huggy, I’d say,” said goaltender @Thatcher Demko. “Not super organized. Probably not super aesthetically pleasing, that’s for sure.”
@Tanner Pearson, J.T. Miller, and team captain @Bo Horvat all agreed, with the subject coming up at around the 2:10 mark of the video below:
Horvat and Demko both declared themselves the best decorators on the team.
“I think I take the cake on decorations for the holidays,” said Horvat. “We put our decorations up pretty early and I just love Christmas so it’s fun decorating the place.”
Canucks forward J.T. Miller disagreed.
“The best at decorating, even though he probably has somebody pay for it, is @Tyler Myers,” Miller said. “The worst would be Quinn Hughes.”
On the topic of which Canucks player would cook the best Christmas dinner, Horvat decided to go for the “none of the above” option.
“I don’t think I’d let anybody cook me dinner on the team,” Horvat said with a laugh. “I don’t know how many good cooks there are. Not too many guys brag about their cooking in the room. I’ll stick with my wife’s cooking.”
“I probably wouldn’t let Brock cook for me,” Demko added.
Horvat was the only Canucks player to successfully name all nine of Santa’s reindeer. Miller correctly listed Rudolph, Blitzen, and Dasher before erroneously answering “Dixon,” perhaps inadvertently remembering former Canucks forward Dixon Ward. (Probably not).
The Canucks are scheduled to return from their holiday break on Dec. 27 when they play host to the Seattle Kraken.
Uncategorized
Recent articles from Mike Gould