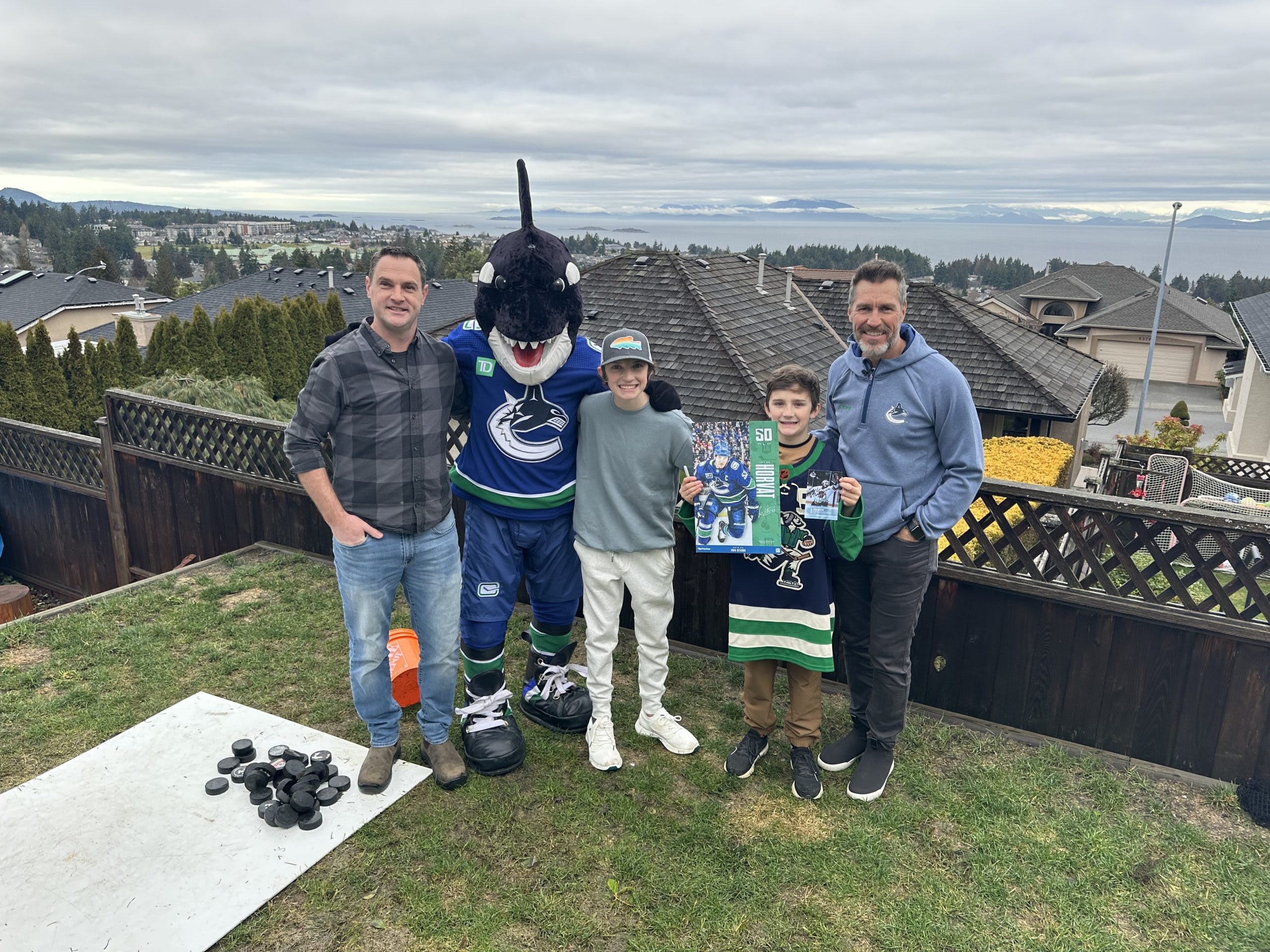 By Zach Laing
23 days ago
Bo Horvat has made good on his promise to replace a special souvenir.
Linden Staite and his family had attended a Canucks road game at Rogers Place in Edmonton against the Oilers where Horvat signed both a hockey card and a stick for boy to take back home.
When the Staite’s arrived back in Vancouver, the stick was missing.
“I heard you guys lost your stick flying the other day,” Horvat said via video message shared on the Canucks’ Twitter account. “I’m gonna make sure you guys get another one on the way as long as you keep cheering for the Canucks. We’ll see you guys soon.”
And now, a signed stick has landed at the Erwin residence.
Vancouver Canucks ambassador Kirk McLean and mascot Fin made a surprise visit to the Erwin residence in Nanaimo delivering not only a signed stick, but a bonus jersey too.
That jersey was one of the Canucks’ reverse retro’s from this season, and even featured a Horvat signature on the back.
“I’m 100% going to put this up in my room with my jersey and my poster,” said Linden in a video released by the Canucks.. “(It’s) the Canucks room now.
Zach Laing is the Nation Network’s news director and senior columnist. He can be followed on Twitter at @zjlaing, or reached by email at zach@oilersnation.com.
News
Recent articles from Zach Laing