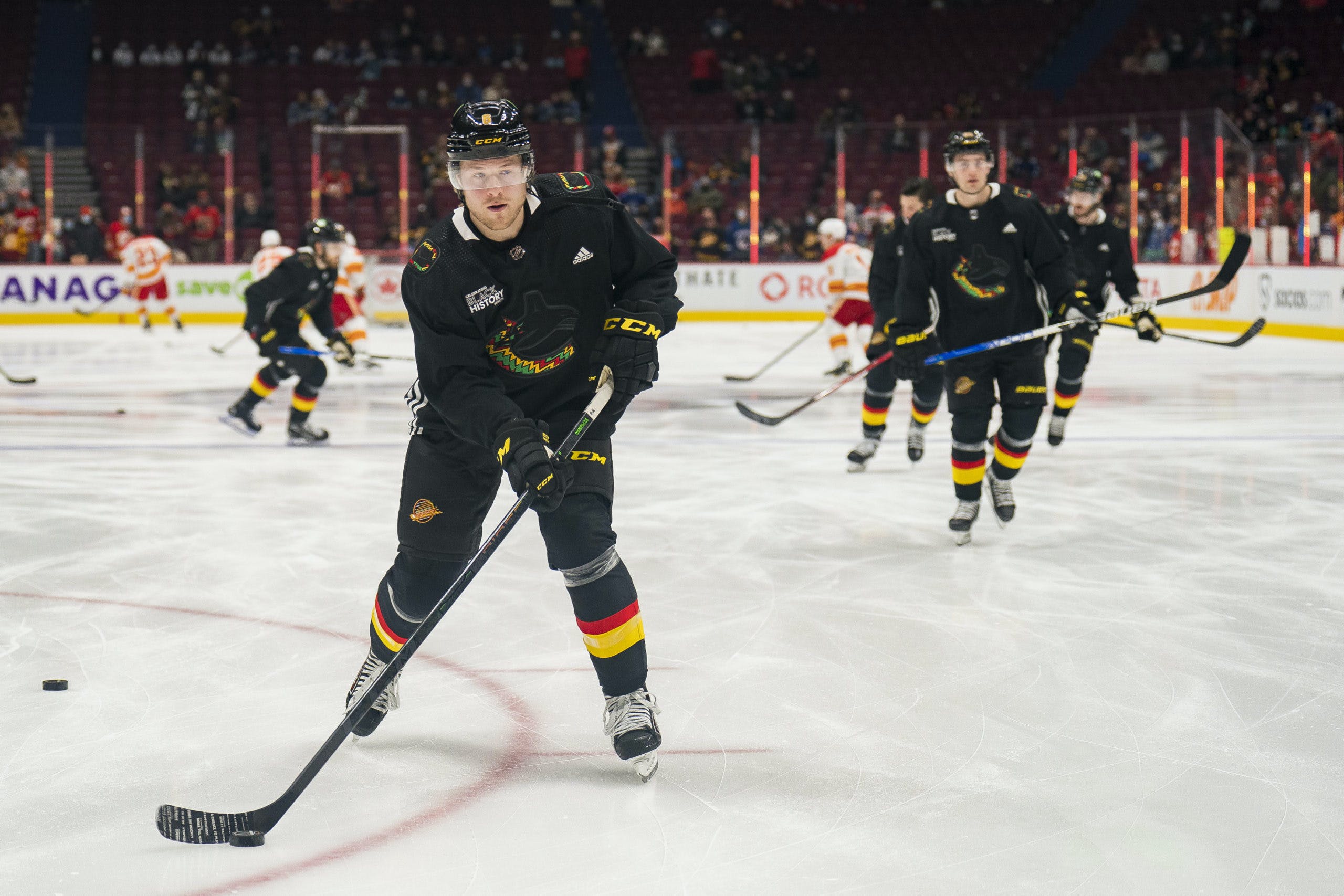 By Mike Gould
11 months ago
The Vancouver Canucks commemorated Black History Month ahead of Thursday’s game against the Calgary Flames, wearing special warmup jerseys and recognizing the team’s Black alumni during a pre-game ceremony.
In a tribute video narrated by current Abbotsford Canucks forward @Justin Bailey, the team listed the contributions made in Vancouver by Claude Vilgrain, Nathan LaFayette, Donald Brashear, Kevin Weekes, Anson Carter, and many others.
The Canucks took to the ice in warmups wearing special jerseys designed by Black artist Jason Bempong of British Columbia-based clothing brand Sleepless Mindz.
“I just want them to take in the fact that we really got Africa here on the ice,” Bempong said in an interview with the Canucks’ official website. “I really want people to see it and feel more included.”
Canucks goaltender @Thatcher Demko led his team onto the ice at Rogers Arena wearing the commemorative jerseys prior to Thursday’s matchup against the Flames.
Bempong was in attendance to see the jerseys he designed in action. After being recognized in the tribute video, Vilgrain was on hand to drop the puck for a ceremonial faceoff involving Canucks captain Bo Horvat and Flames defenceman @Oliver Kylington.
The Canucks and Flames are currently in a scoreless tie early in the first period.
Uncategorized
Recent articles from Mike Gould