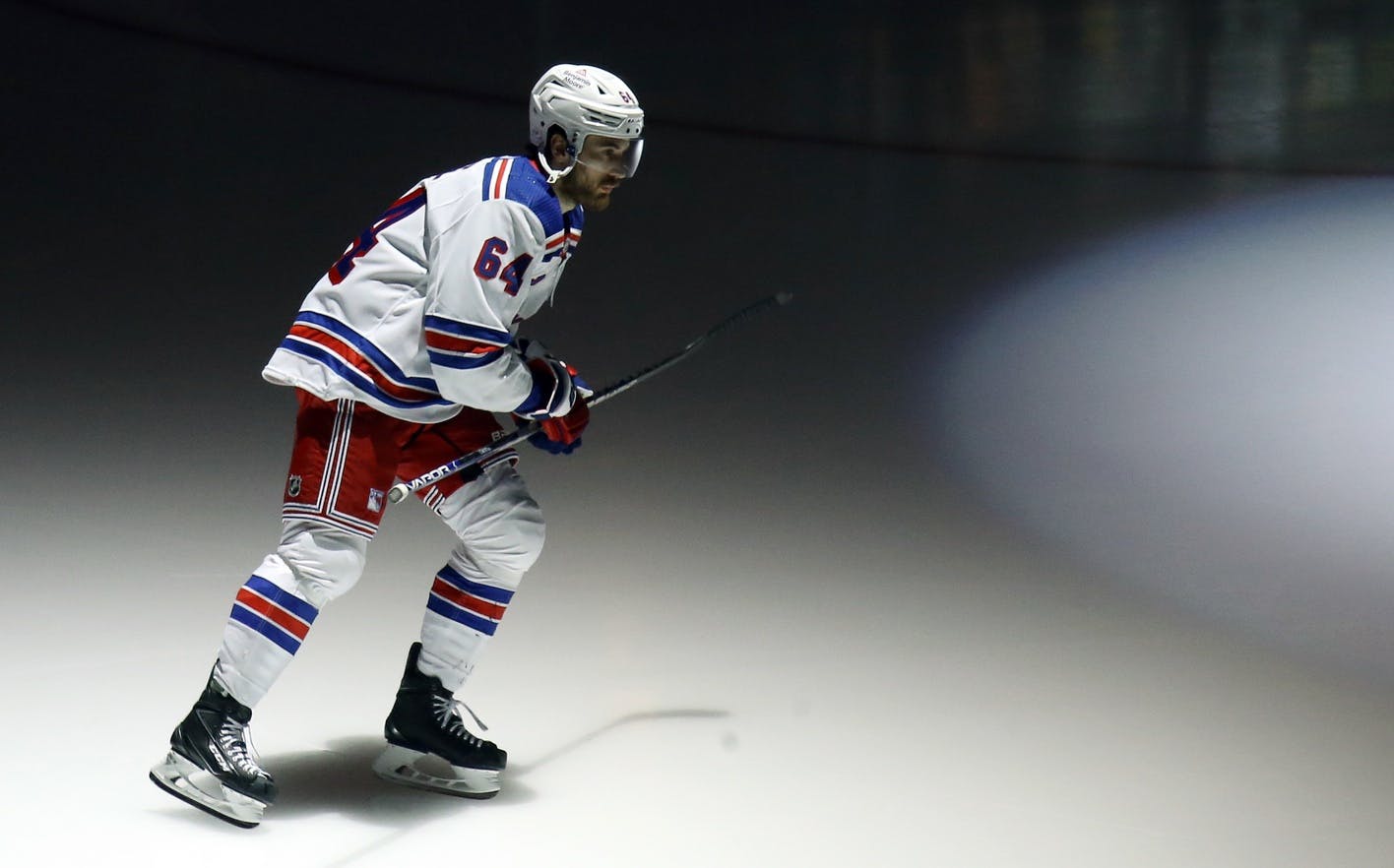 By Mike Gould
5 months ago
Unrestricted free agent forward Tyler Motte, who spent parts of five seasons with the Vancouver Canucks before being traded to the New York Rangers earlier this year, is reportedly drawing interest from multiple teams.
Vancouver sports insider Rick Dhaliwal reported Monday that four or five teams “have shown serious interest” in signing Motte, but the hold-up has to do with financial constraints.
“Financials still need to be worked out as some teams still need to move other salaries out,” Dhaliwal wrote. “It’s a common theme around the NHL, [with] so many agents waiting for teams to clear cap space.”
Motte, 27, scored seven goals and 15 points in 49 games with the Canucks last season before being moved to the Rangers ahead of the 2022 trade deadline. The Canucks acquired a 2023 fourth-round pick in exchange for Motte’s services.
After going without a point in nine games with the Rangers to close out the 2021–22 regular season, Motte chipped in a pair of goals in 15 playoff contests as his new team reached the Eastern Conference Final.
The Canucks originally acquired Motte from the Columbus Blue Jackets in 2018 as part of the Thomas Vanek trade. The 5’10”, 192-pound centre appeared in 196 games with Vancouver between 2018 and 2022, scoring 28 goals and 50 points.
Motte, a 2013 fourth-round pick of the Chicago Blackhawks, also logged 17 games with the Canucks during the 2020 Stanley Cup Playoffs, scoring four goals and five points.