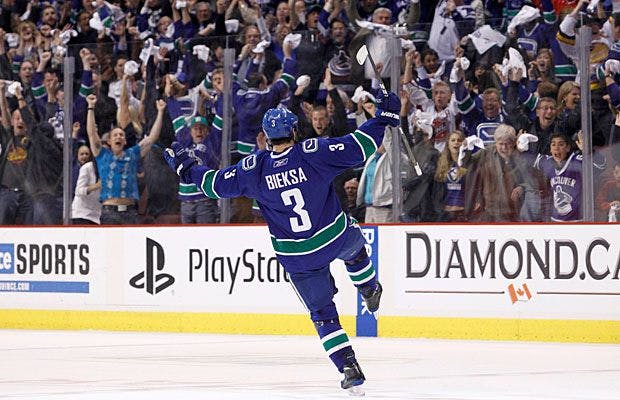 By Zach Laing
1 year ago
Welcome back to another edition of Throwback Thursday!
It was 10 years ago this week that Kevin Bieksa sent the Vancouver Canucks to the Stanley Cup finals.
In a double-overtime against the San Jose Sharks, Bieksa launched a knuckler from the point that bounced its way beyond Antti Niemi.
The Canucks had taken a 3-1 series stranglehold over the Sharks heading into the game and Bieksa’s goal was likely the biggest of his career.
The two teams went back and forth in the game and it looked like San Jose was going to wrap it up in regulation. That is until Ryan Kesler scored with only 14 seconds left and the Canucks net empty.
Henrik Sedin was an absolute monster in the series scoring a goal and 12 points in only five games, while Roberto Luongo posted a sharp .931 save percentage.
Zach Laing is the Nation Network’s news director and senior columnist. He can be followed on Twitter at @zjlaing, or reached by email at zach@oilersnation.com.
Uncategorized
Recent articles from Zach Laing