Tank talk and why the Canucks should trade Andrei Kuzmenko: Canucks Conversation Jan. 17 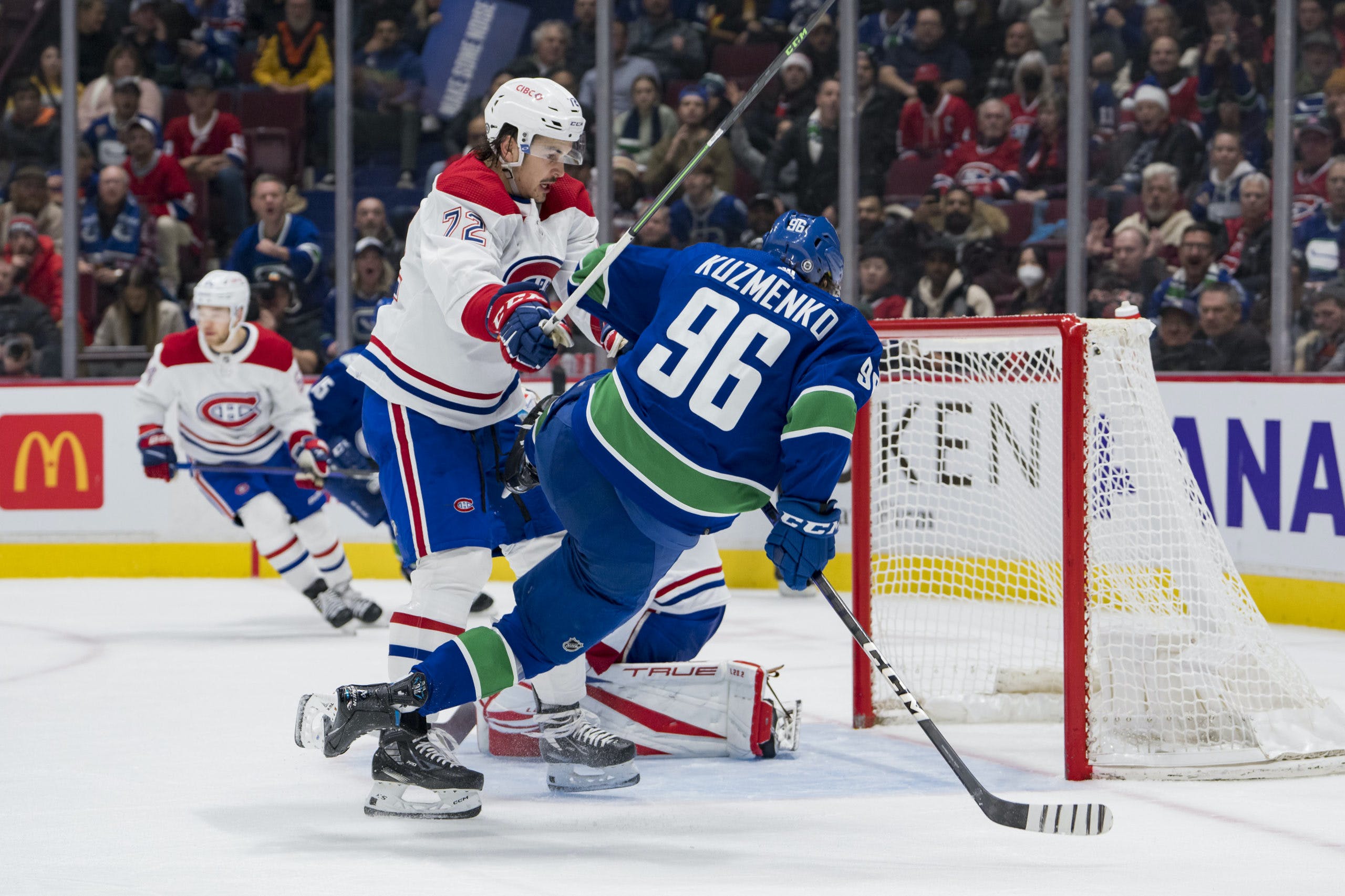 By Nation World HQ
17 days ago
On today’s episode of Canucks Conversation, David Quadrelli and Chris Faber talked about all the latest surrounding the Vancouver Canucks.
The guys talked about why fans shouldn’t get caught up in the semantics of the term retool over rebuild, and dissected president of hockey operations Jim Rutherford’s quotes about tanking during his press conference on Monday.
They also talked about Andrei Kuzmenko and the Canucks’ positive first meeting regarding a contract extension for the Russian winger, and gave their reasoning as to why they both believe the team needs to trade Kuzmenko at the March 3rd deadline if the price is right.
Currently, the 26-year-old has tallied 17 goals and 21 assists through 42 games played. Plenty of teams are interested in acquiring Kuzmenko from the Canucks, but to this point, the Canucks have reportedly made it clear to teams that they intend on getting an extension done and aren’t preparing to let him go at this point in time.
You can watch that conversation in the video below:
For the longer conversation about tanking, you’ll want this video right here:
Be sure to subscribe to the CanucksArmy YouTube channel!
You can catch the livestream of Canucks Conversation at 1 PM Pacific Monday through Friday on The Nation Network’s Youtube Channel here and the CanucksArmy Twitter account here. Clips of the show are posted daily to the CanucksArmy YouTube channel, which you can find by clicking here.
The show is also available in podcast format around 2 PM every day wherever you get your podcasts!
Shows
Recent articles from Nation World HQ