Scenes from morning skate: Lane Pederson could slot in as Elias Pettersson and Brock Boeser both game-time decisions 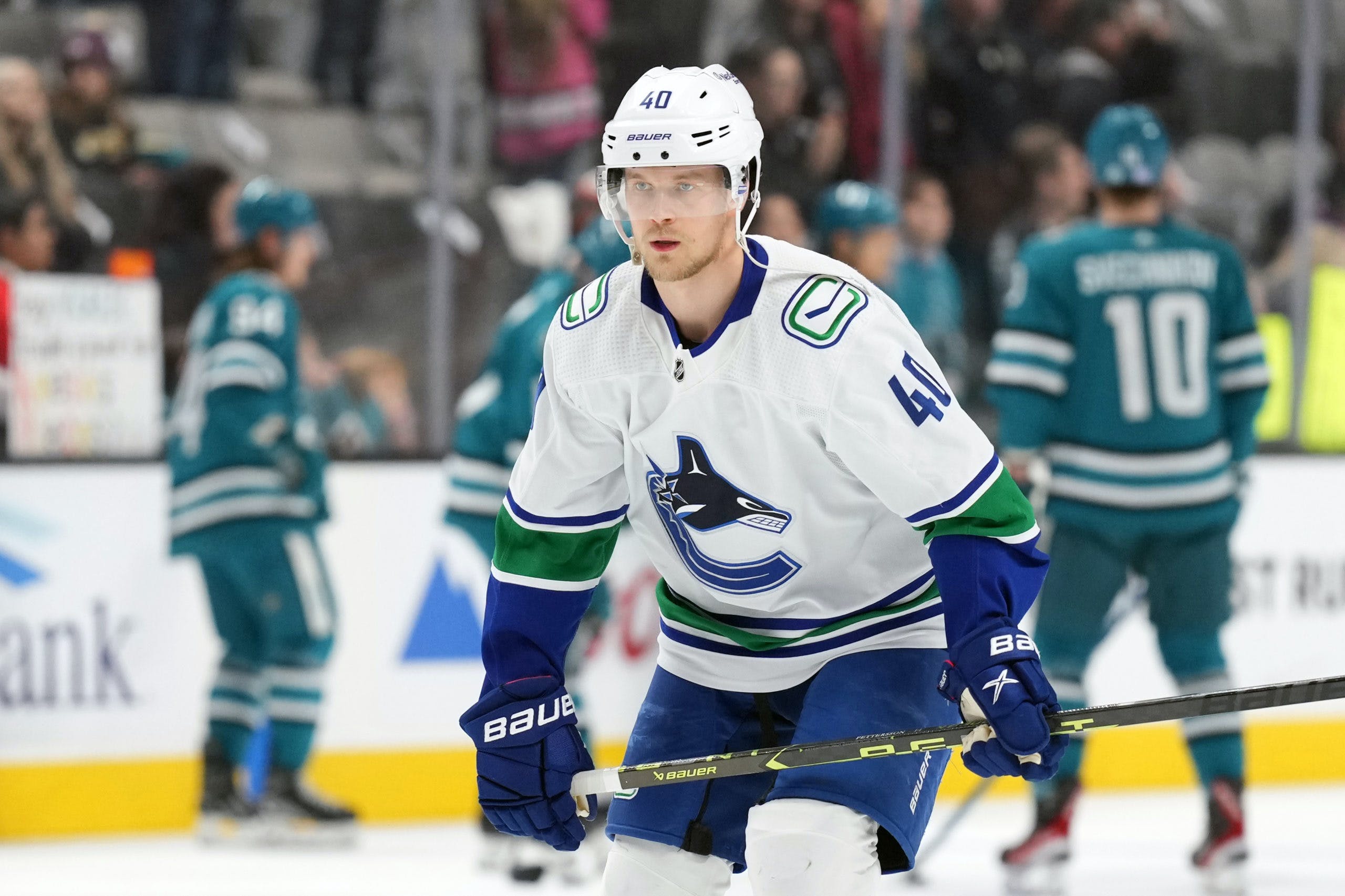 By David Quadrelli
1 month ago
Be sure to check out NHL betting odds site Betway for all the latest Canucks game day odds!
Chances are, you know someone who’s sick right now.
And if you don’t, you at least know of someone who’s sick.
After Elias Pettersson missed Friday’s practice with an illness, both he and Brock Boeser will be game-time decisions to play in tonight’s matchup between the Vancouver Canucks and the Winnipeg Jets. The illness kept Boeser out of Wednesday’s game against the Calgary Flames.
Here’s what went down at morning skate today.

Luke Schenn talked about Lane Pederson, who is the longtime boyfriend of Schenn’s sister.
“I mean obviously I know Lane pretty well,” said Schenn. “Probably for about eight or nine years now, I met him when he was probably 14 or 15 years old. He’s come a long way… Last summer was the first summer where he trained with Brayden and I in Kelowna too, so we’re super proud of him, he’s come a long way, and hopefully he gets a crack at it soon.
Lane Pederson himself spoke about the influence Schenn has had on his career to this point.
“He’s been huge for me in my development just through the time knowing him and his brother, the whole family,” said Pederson. “Had the chance to get more of a hands-on approach this summer, moving out to Kelowna and getting to be with him kind of day in and day out, showing me good habits of being a good pro and working on little things to try and improve my game. He’s been huge for me and I’m pretty excited that he’s here.”
Pederson also talked about his success with the Abbotsford Canucks this season, as he’s scored 17 goals through 18 games.
“I mean, 35% is probably a bit of luck,” Pederson said of his high shooting percentage in the AHL this season. “But I’ve been playing with Podz [Vasily Podkolzin] and Di Giuseppe as of late, so those guys make life pretty easy on me. They’re two really good players, skilled players, big. We try to hold pucks down low and make some plays and it’s been a lot of fun.”
Puck drop between the Jets and Canucks is at 7 PM Pacific tonight from Rogers Arena.
Editorials
Recent articles from David Quadrelli