Scenes from morning skate: Elias Pettersson remains out, Brock Boeser an option for Canucks vs. Blues 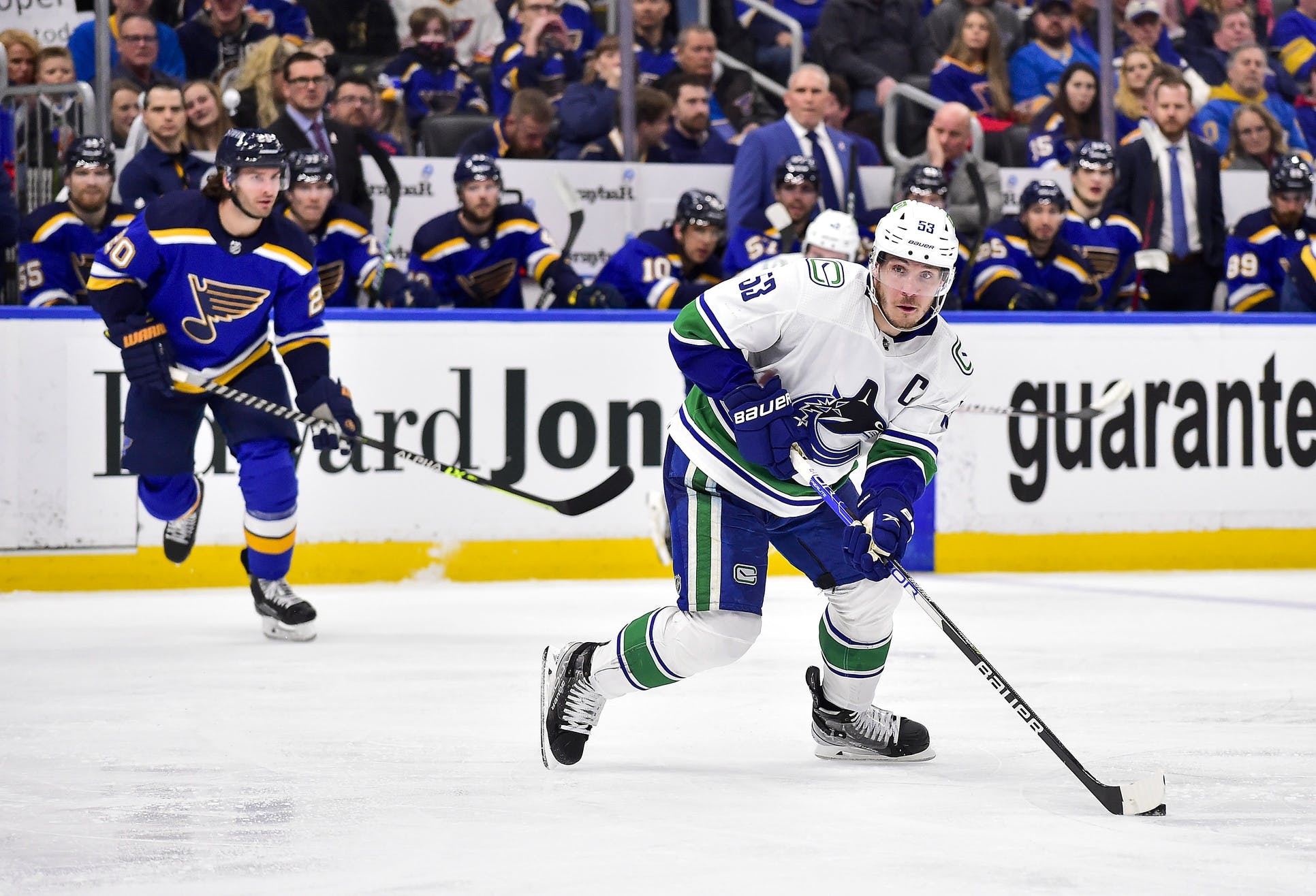 By David Quadrelli
1 month ago
Be sure to check out NHL betting odds site Betway for all the latest Canucks game day odds!
Tonight, the Vancouver Canucks look to bounce back from their 5-1 loss to the Winnipeg Jets on Saturday night. The St. Louis Blues are in town, and are a team the Canucks should have an easier time matching up against than the Jets.
The Blues currently sit 5th in the Central Division, with a record of 15-15-1 on the season.
St. Louis has won their last three games, picking up wins against both the Calgary Flames and the Edmonton Oilers. They’ve been in Vancouver for the weekend, and are well-rested heading into tonight’s game.
It won’t be an easy feat, but a game against the Blues is certainly a more winnable game than one against the Jets.
Here’s what we saw at morning skate.

It was an optional skate for the Canucks today. This means there wasn’t any line rushes worth reading into, but we did notice a few things worth mentioning.

We caught up with Ethan Bear and talked about his early fit with Quinn Hughes on the Canucks’ top defence pairing. Here’s what Bear had to say.
“It’s felt pretty good,” said Bear. “We’re moving pucks well, I didn’t think our defence was too bad, I thought we were actually pretty solid. Obviously it’s only been two games, so it’s always tough to judge — like it usually takes a little longer to build some chemistry with a guy but I thought our games complemented each other pretty well.”
Bear also talked about what he expects out of the Blues tonight, and stressed the fact that his team needs to defend better.
“I honestly haven’t played St. Louis too much, but I know that they’re a well-structured team,” said Bear. “For us, our biggest thing is being defensive. We’ve got to keep working on our defensive game because in this league, it’s so hard to score that if you give up too many, it’s so hard to claw back. I think for us it’s just about worrying about ourselves and being defensive and not letting them get on a roll because they do have a good scoring offence.
“In order to stop them, we just have to worry about our game right now and get our game going where we want it to in terms of defence, and then hopefully transition that to smart offence.”
Bruce Boudreau echoed similar thoughts as Bear.
“We’ve got to start finding a commitment to playing defensive hockey, because we’re not going to be able to score four goals every game to win,” said Boudreau. “It would be nice to be able to limit teams to one or two goals and see where we end up after that. So that’s what we’d like to see.”
“All I see is a Stanley Cup potential team every time I look at them,” Boudreau added when asked for his thoughts on the visiting Blues. “I picked them to win the Cup last year. I look at them, they’re heavy, they’re big, they’re strong, they’re experienced. And when they get everything going they’re a very difficult team.”
Puck drop between the Blues and Canucks is set for 7:30 PM from Rogers Arena tonight.
Editorials
Recent articles from David Quadrelli