Scenes from morning skate: Canucks appear slated to free the skate vs. Lightning 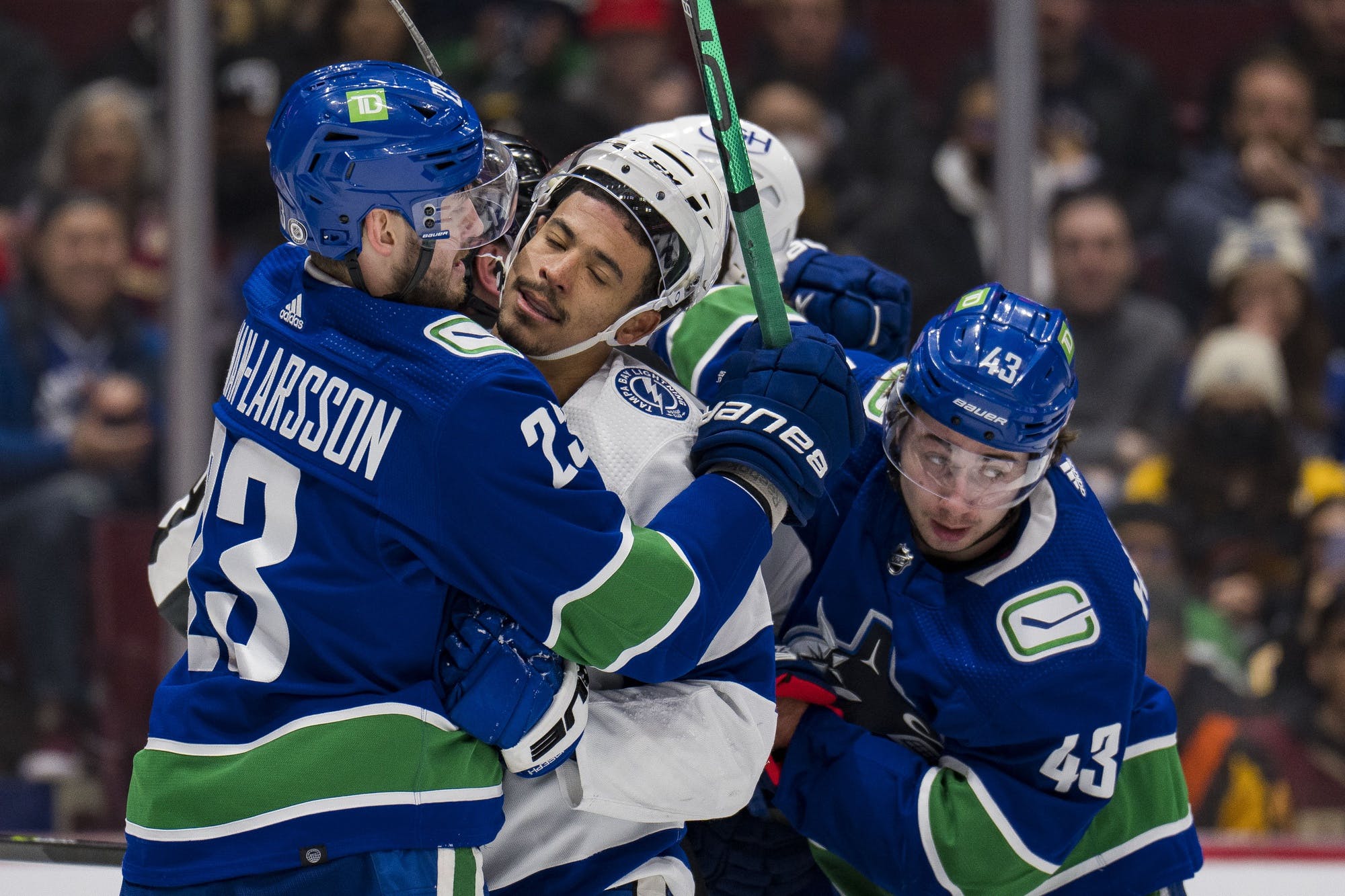 By David Quadrelli
16 days ago
Be sure to check out NHL betting odds site Betway for all the latest Canucks game day odds!
By now, you’ve seen the #FreeTheSkate campaign that’s taken over the city as of late. Whether it be in the form of a plane carrying a banner behind it flying over Rogers Arena, the broadcast zooming in on a fan wearing the retro jersey holding a sign begging for the skate to be freed, or on a bus stop advertisement, someone out there really wants the skate to be freed.
And tonight, it looks like the Canucks will do just that. Here’s what we saw at morning skate ahead of their tilt with the Tampa Bay Lightning.

There are no real surprises with the Canucks’ projected lineup. The Canucks’ campaign to build the seemingly non-existent trade value of wingers Brock Boeser and Conor Garland continues, and many fans will certainly be hoping that those two can play well enough to yield some sort of asset ahead of the March 3rd trade deadline.
On the other side of the ice, Kevin Woodley of NHL.com is reporting that Brian Elliott will start for Tampa Bay tonight, as the Lightning are choosing to save Andrei Vasilevskiy for their visit to Edmonton tomorrow.
Down the final stretch, expect to see the Canucks continue to face plenty of backups as teams rest their starters for games against superior opponents.
Since they’ve revived the jersey in recent years, the Canucks rarely lose games while wearing the black skate uniform. That, plus a backup in goal, plus coming off an overtime win against the Carolina Hurricanes?! Dare we say it, the Canucks just might win this game tonight!
And on that extremely positive note, let’s get to the what was said section of our story.

Not many questions were asked about the opponent in the post-practice media availability.
The main focus was on Bruce Boudreau and how he continues to work through very tough circumstances with this Canucks organization.
The president of hockey operations has said on the record that he has had conversations with potential replacement candidates and Boudreau was asked with everything going on around him and this organization this season — if he believes he has been treated fairly.
“Yeah. I do. I do,” said Boudreau. “I don’t think anybody in the world likes to hear negative stuff about themselves. But I mean, we talk about it and the reasoning behind it and it goes with the territory. I’m a big boy. I wanted to become an NHL coach. And I know it’s not all going to be rainbows and roses. So I mean, you have to take the good with the bad.”
Captain Bo Horvat also commented on Boudreau’s situation.
“We’re all still trying to play hard for him,” said Horvat. “We’re not trying to lose or [have] given up on him, that’s for sure. He’s too good of a person to do that. And he comes in here every single day working and wanting to make this team better and continues to keep pushing for wins. That’s all we can ask from a coach and that’s what we’re going to continue to keep doing — playing for him and fighting for each other in here.”
The Canucks are in action at 7:00 pm local time and if you happen to be going to Rogers Arena for the game, we’d suggest rocking some flying skate gear if you’ve got it.
Editorials
Recent articles from David Quadrelli