Scenes from morning skate: Bruce Boudreau says Canucks viewing Wednesday’s matchup vs. Oilers as the start of their season 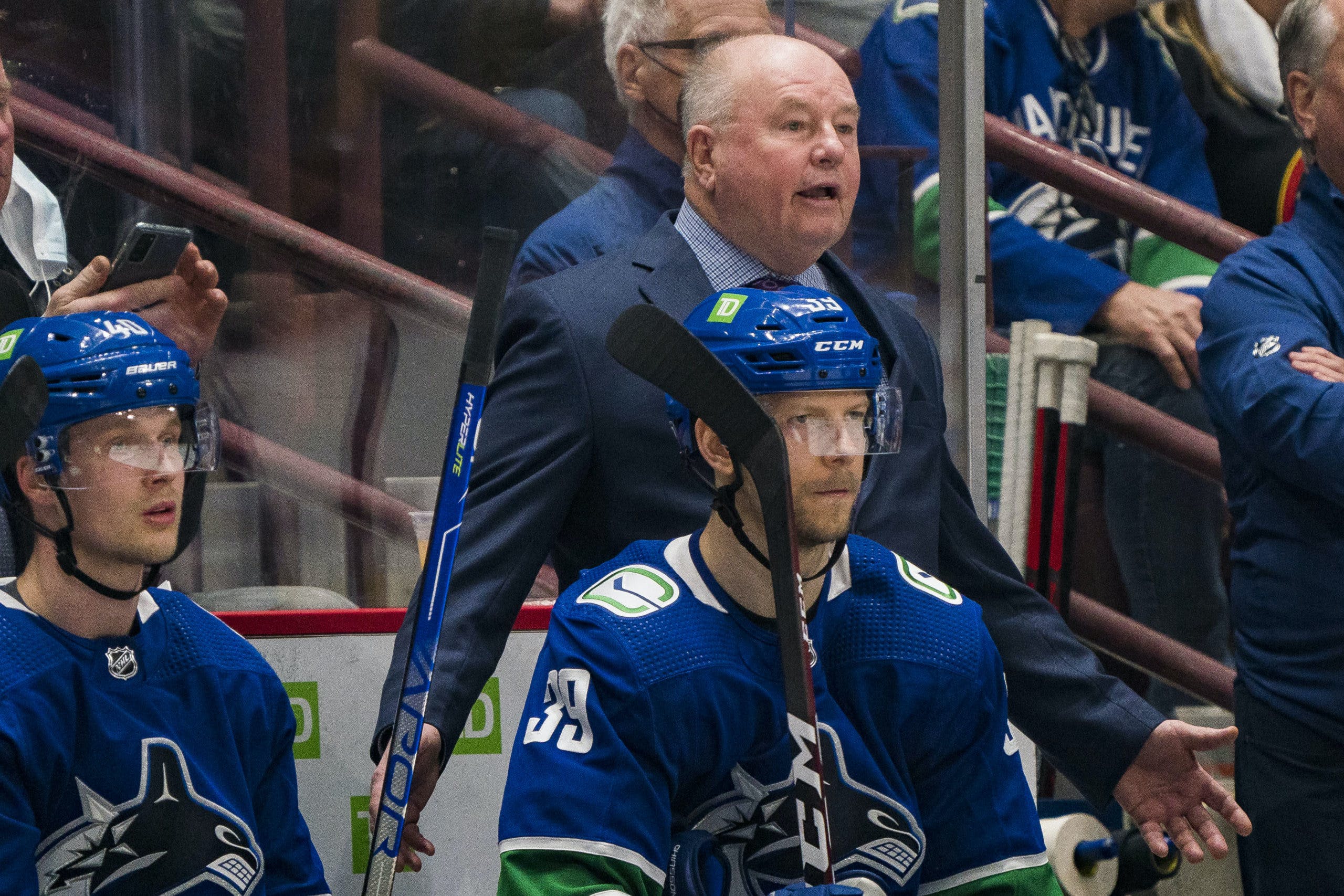 By David Quadrelli
2 months ago
Today, the Canucks skated out at UBC ahead of their 7 PM tilt with the Edmonton Oilers from the Abbotsford Centre.
Here’s what went down.

Shoutout to Brendan Batchelor for tweeting out the lines, as we were unable to be there in person at morning skate today.
Here’s how the Canucks look like they’ll lineup tonight:
Here’s how the Oilers appear as though they’ll line up this evening:
Dylan Holloway has been absolutely electric this preseason and is getting a shot playing on Connor McDavid’s wing.
That’s the biggest story with the Oilers’ lineup, as Stuart Skinner is expected to get the start.
This Oilers lineup is less opening night-looking than the one the Canucks’ AHLers plus Vasily Podkolzin and a couple others lost to on Monday night.

Bruce Boudreau‘s contribution from the what was said section comes from a Cameo the passionate Canucks head coach made for a fan on Twitter:
“I don’t want you, your friends, or anybody else to worry about us Canucks,” Boudreau said. “No, we haven’t had the greatest training camp success, but we’re going to be fine. We start tomorrow — I know the game’s in Abbotsford, but as far as I’m concerned, that’s when the season sort of really starts and we’ll be ready to go, I want you to know that… I know the boys are ready to kick some ass in 22/23.”
Puck drop is at 7 PM from the Abbotsford Centre, and although there won’t be a TV broadcast, you can watch a livestream of the game on Canucks.com by clicking here.
Editorials
News
Recent articles from David Quadrelli