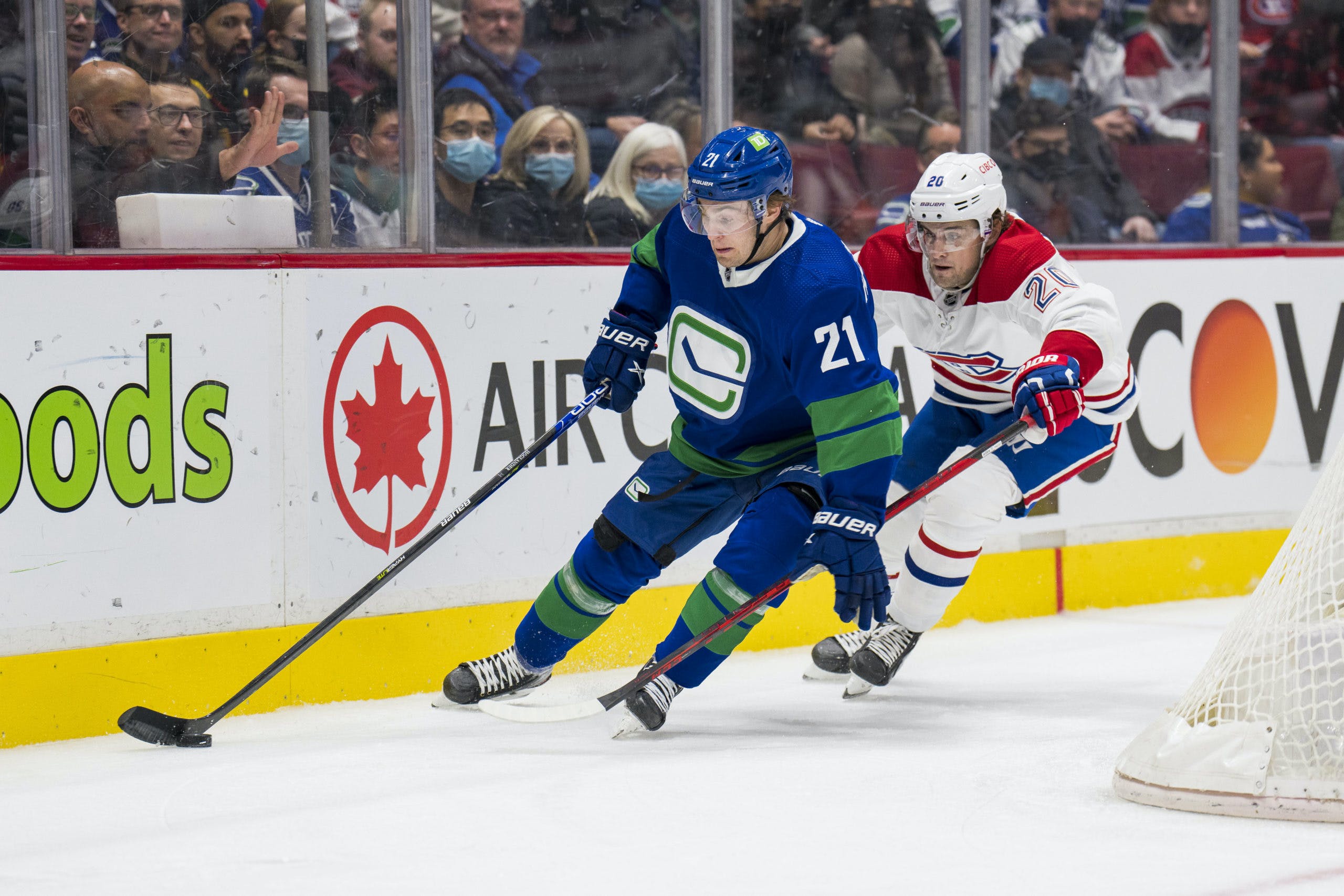 By David Quadrelli
1 month ago
Be sure to check out NHL betting odds site Betway for all the latest Canucks game day odds!
Brock Boeser found his name in the local and national headlines a lot over the weekend.
And on Monday morning, that’s not looking like it’s going to change. Except this time, it’s good news for Boeser!
Here’s what we saw at morning skate ahead of the Canucks’ 7:30 PM matchup with the Montreal Canadiens.

Bo Horvat talked about the self-inflicted rollercoaster of a season the Canucks have had to this point.
“I think we’ve shown some stretches where we’ve played a lot of great hockey and then kind of just fell back into what we were doing at the beginning of the year,” said Horvat. “And now if we want to be a consistent winning team, we’ve got to come to play every single night and can’t take a night off and we’re going against a team that’s playing some really good hockey as of late and and fast and has a lot of skill up front and we got to be ready for that tonight.”
The Canucks’ OT victory over the Coyotes didn’t come in commanding fashion, and there weren’t many — if any — players or coaches who felt the team could hang their hats on that victory. They’ll simply need to be better tonight.
Brock Boeser spoke about the opportunity to play with Elias Pettersson.
“Anyone that plays with Petey, I think you get a little more space because he’s such a good player and he controls the game out there when the puck is on his stick,” said Boeser. “Like I said earlier about being hard on other teams, I’m sure they’re going to be focused on being hard on him. I think that’s why space opens up when you play with him.”
It was an emotional night on Saturday for Brock Boeser after finding out via a whiteboard that he was set to be healthy scratched on Hockey Fights Cancer Night.
It was a bad feeling, one Brock would likely soon hope to forget, and certainly one he never wants to experience again.
“It was one I had on the calendar and when you come in and you’re not on the white board, It hurt. It hurt bad,” Boeser said after the game on Saturday.
“I knew I needed to make a difference and I can’t ever put myself in that position again.”
The motivated Boeser will get a good chance to be a difference maker tonight when he hits the ice riding shotgun with the Canucks’ best centre.
Puck drop is at 7:30 PM tonight from Rogers Arena.
Editorials
Recent articles from David Quadrelli