Robin Lehner reportedly files for bankruptcy related to ownership of exotic snake farm: Around the League 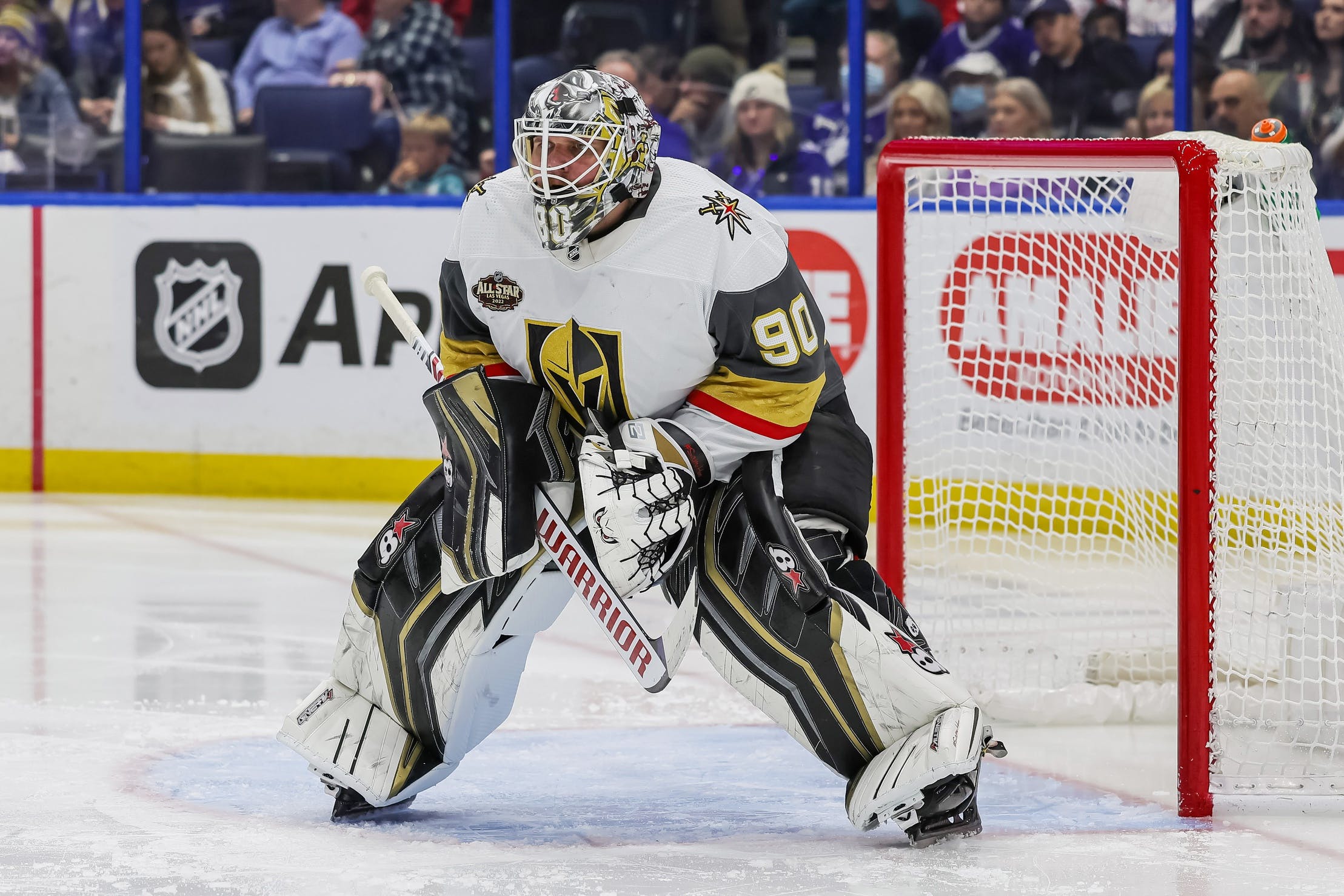 By Mike Gould
16 days ago
Vegas Golden Knights goaltender Robin Lehner is in a bit of hot water related to his ownership of an exotic snake farm in Missouri, Ken Boehlke of SinBin.vegas reported Friday.
According to a bankruptcy filing in the District of Nevada dated Dec. 30, 2022, Lehner and his wife, Donya, have filed for Chapter 7 bankruptcy with creditor liabilities of between $10 million and $50 million.
Lehner is the owner of “RL Exotics LLC”, an entity overseeing an exotic reptile farm employing three people in Plato, MO. In the bankruptcy filing, Lehner estimated the value of his personal assets to be between $1 million and $10 million; he’s under contract with the Golden Knights through the end of the 2024–25 season at a $5 million annual cap hit.
Among the potentially interested parties named in the bankruptcy filing is “Sure Sports Lending”, an organization specializing in loans to professional athletes in the NFL, MLB, NBA, WNBA, NHL, and MLS. In early 2022, The Athletic reported that the trustee overseeing Evander Kane’s bankruptcy filing intended to file suit against Sure Sports Lending over the handling of nearly $14 million in loans.
In the meantime, Lehner remains on the Golden Knights’ long-term injured reserve list while recovering from off-season hip surgery. The 31-year-old goaltender has been with the Golden Knights since the 2020 trade deadline and posted a 23–17–2 record with a .907 save percentage in 44 games with the team during the 2021–22 regular season.
The Ottawa Senators originally selected Lehner in the second round (No. 46 overall) of the 2009 NHL Draft. The Göthenburg, Sweden product made his NHL debut with the Senators in 2010–11 and subsequently spent time with the Buffalo Sabres, New York Islanders, and Chicago Blackhawks before arriving in Vegas.
Through 364 career NHL games over parts of 12 regular seasons with five teams, Lehner has posted a 152–141–49 record to go along with a .917 save percentage. He’s also gone 14–14 in 29 career playoff appearances over four seasons with the Senators, Islanders, and Golden Knights.
News
Recent articles from Mike Gould