Scenes from morning skate: Canucks taking out Höglander, keeping Stillman in vs. Vegas 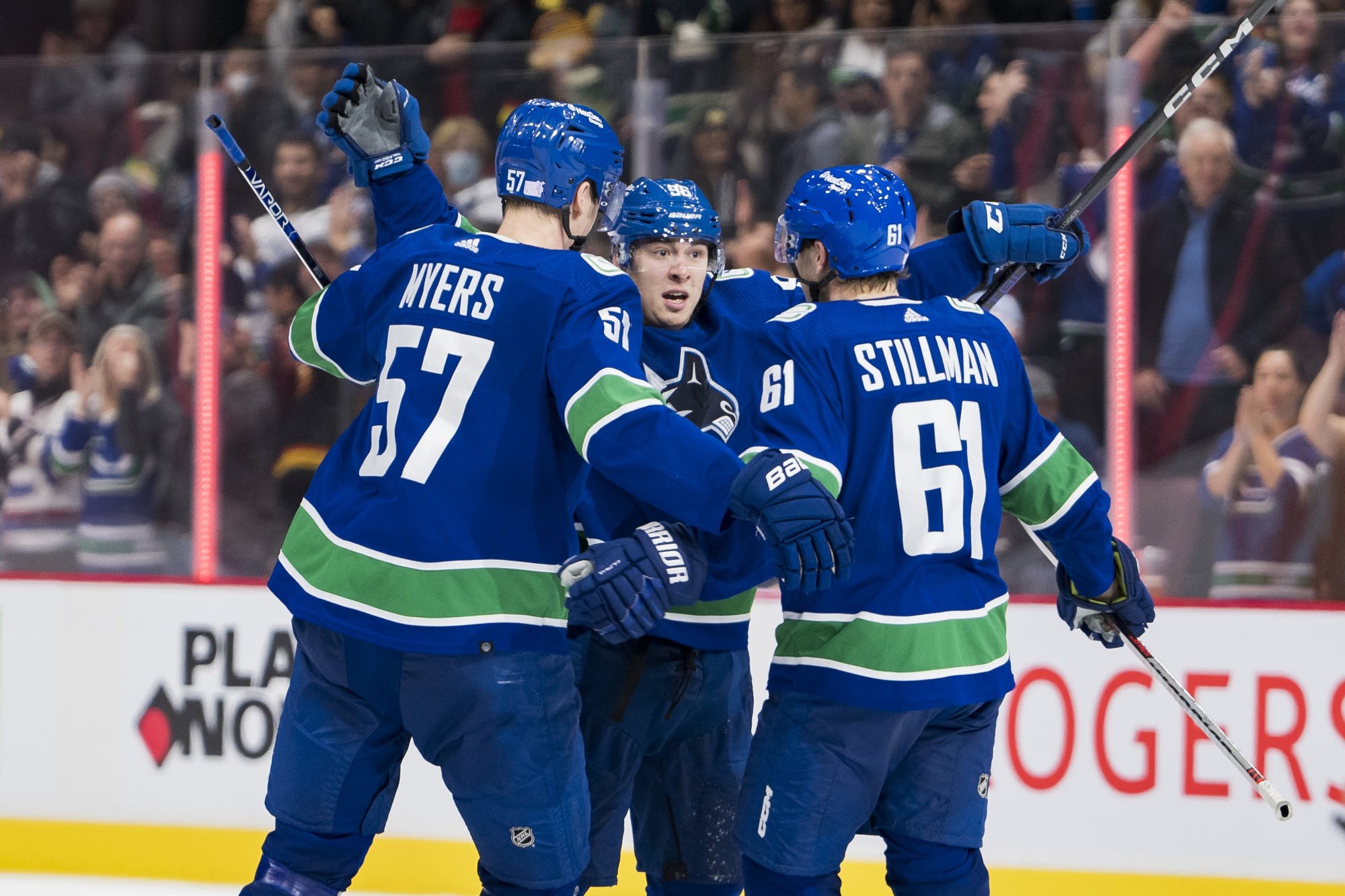 By David Quadrelli
12 days ago
Welcome back to scenes from morning skate brought to you by NHL lines site Betway!
Tonight, the Vancouver Canucks will attempt to do something they’ve been unable to do this season.
Win three straight games.
The Vegas Golden Knights are in town and currently sit atop the Pacific Division standings.
Their big question mark in goal in the form of Logan Thompson has turned into a bolded exclamation point, as the 25-year-old netminder currently has a .925 save percentage on the season.
Here’s what we saw at Canucks morning skate today.

Bruce Boudreau spoke at length on Monday about sophomore Canucks forward Vasily Podkolzin, who has just three points (all assists) in 15 games to start the 2022–23 regular season.
“I think he’s learning to play the right way,” Boudreau said. “Now he plays hard all the time. There’s so many times you have a sophomore jinx. You can look at almost every team that a rookie that had a pretty good year has a little bit of a [setback].
“It’s not for effort or anything from him and I still expect him, at some point, to turn the corner. Sometimes you score a goal and, all of a sudden, that’s all you need. He tries so hard and everybody wants him to succeed.”
Canucks defenceman Luke Schenn described some of his counterparts on the Golden Knights and spoke about what his team will have to do to get the win on Monday.
“You’ve got guys like Pietrangelo and Theodore who are great puck-movers and great offensively,” Schenn said. “Then you’ve got guys like McNabb who can make you pay the price as far as battling in the corners and takes care of the front of the net.
“It’s a pretty balanced D corps. The way they’re built is, they’re built to win,” Schenn added. “I think, one of the positives last game, I mean, who really cares how many we scored, we kept some out of our net for a change. So, I mean, that was a good start.”
Puck drop between the Canucks and Golden Knights is at 7:30 PM tonight.
Editorials
Recent articles from David Quadrelli