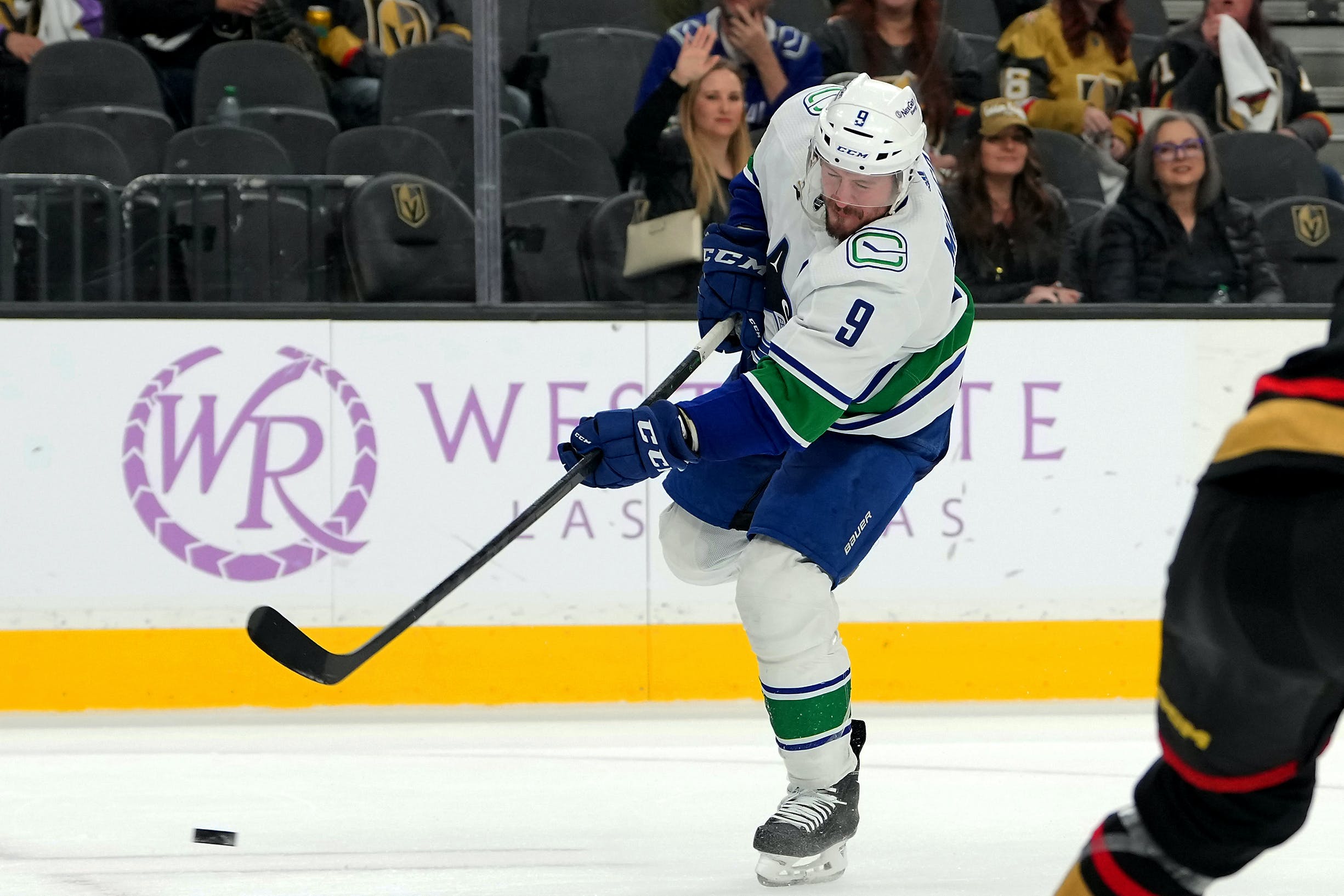 By Nation World HQ
1 month ago
At the conclusion of Thursday night’s game between the Vancouver Canucks and Winnipeg Jets, after making 35 saves on 38 shots, goaltender Collin Delia stayed on the ice as J.T. Miller skated the puck back behind his net following a failed zone exit.
Miller yelled at Delia to go to the bench for the extra attacker as the Canucks trailed 3-2 at the time with just over one minute remaining in regulation.
Retired NHL goaltender Mike McKenna wrote about the incident over at Daily Faceoff and believes that Miller owes Delia an apology.
McKenna called the incident “one of the most disrespectful things I’ve seen a player do to a teammate in quite some time.”
And he also believes that “Miller is completely in the wrong”. Here’s some of what McKenna had to say.

“Every goaltender knows that when their team is trailing, and there’s less than three minutes left in the game, it’s time to start looking toward the bench,” said McKenna in his article. “But goaltenders are taught to stay put until the coach calls for them to get off the ice. No coach wants to be surprised by a goaltender making a beeline for the bench. Adding the extra attacker isn’t a spur of the moment decision. Coaches are constantly juggling which skaters are available to replace the goaltender.

“Miller is asserting dominance over a teammate that hasn’t been a member of the Canucks for very long. Someone who – in that moment – Miller viewed as lesser than him. An AHL goalie in the NHL.”

You can read McKenna’s full take on the situation from last night over at DailyFaceoff.com by clicking here.
What do you think of Miller yelling at Delia last night? Let us know in the comment section below!
News
Recent articles from Nation World HQ