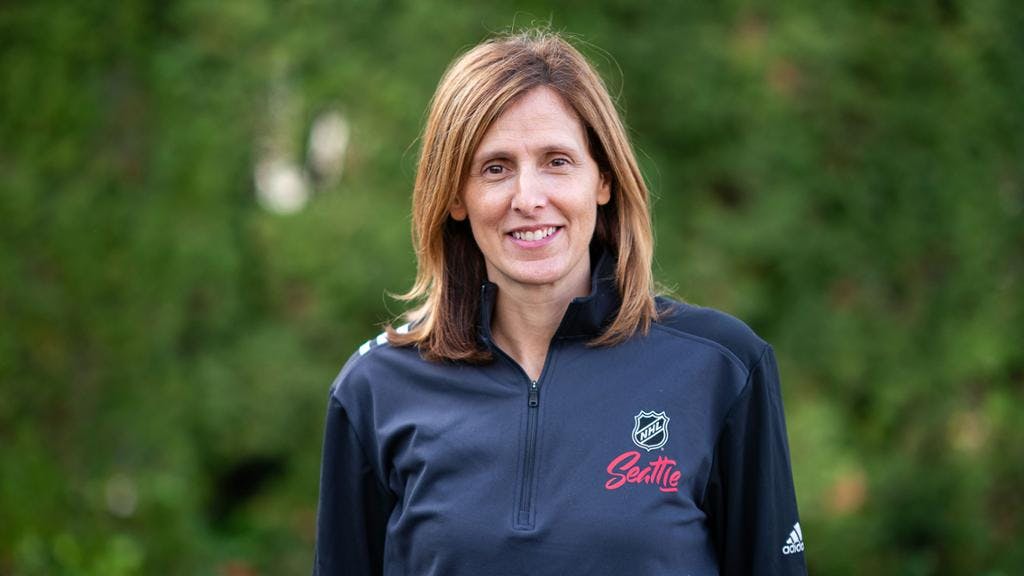 By David Quadrelli
9 months ago
The Vancouver Canucks have reportedly hired Hockey Hall of Famer and Seattle Kraken pro scout Cammi Granato in an assistant general manager role, according to Sportsnet’s Elliotte Friedman.
Granato, who was inducted into the Hall of Fame in 2010, has resided in Vancouver for a number of years now, and certainly has a good grasp on the current team.
Working as a pro scout with the Seattle Kraken, Granato could be seen sitting in the press box at almost every Canucks home game this season.
Granato, who played in every world championship for the United States from the inaugural event in 1990 to 2005, was named USA Women’s Player of the Year in 1996. She was also the captain of the U.S. women’s hockey team that won a gold medal in the 1998 Winter Olympics. In 205 career games for the national team, Granato had 186 goals, 157 assists, and 343 points. She is the team’s all-time leading scorer.
Granato joins fellow assistant general managers Emilie Castonguay and Derek Clancey as recent AGM hires by president of hockey operations Jim Rutherford as the Canucks continue to overhaul their front office.
More to come.
Uncategorized
Recent articles from David Quadrelli