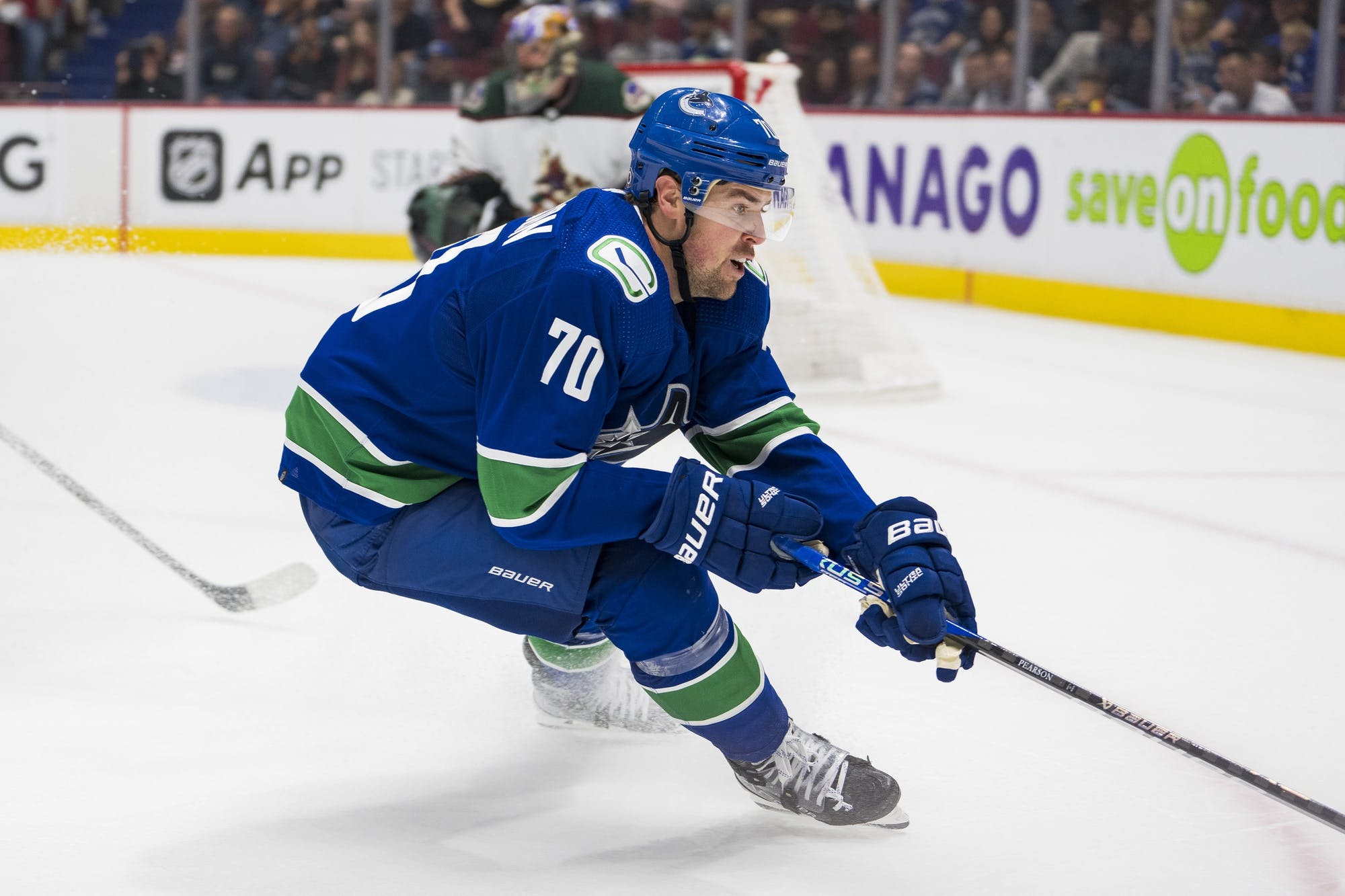 By Mike Gould
12 days ago
Vancouver Canucks forward Tanner Pearson will potentially have to undergo two more surgeries — with no timeline set — to correct his wrist injury, Sportsnet’s Elliotte Friedman reported Saturday.
The hockey insider spoke at length about the Pearson situation during Saturday’s “32 Thoughts” segment on Hockey Night in Canada. Friedman referenced Iain MacIntyre’s column on the subject and provided further details himself.
Pearson, 30, has been absent from the Canucks’ lineup since November 9 while attempting to rehabilitate his injured wrist. He’s had multiple surgeries but doesn’t appear to be close to returning, with the future of his career potentially in doubt. The situation led Canucks defenceman Quinn Hughes to comment last week that Pearson’s injury “wasn’t handled right” by the team.
Here is the transcript of Friedman’s comments on Pearson from Saturday’s telecast:

[Canucks president of hockey operations] Jim Rutherford said he wants to have a meeting with all of the stakeholders to sort this out, figure it out, and get to the bottom of it. I don’t think that’s going to happen before the NHL Players’ Association meets with Pearson’s camp first, and I believe that’s going to happen early next week. It’s now involved, it wants to get all the information, and it wants to see where this is gonna go and what it needs to do as part of it.
Also, I believe, early next week, Pearson is going to have another surgery, and, while no date is set, I think he’s gonna have to have another one after that. So, obviously, the biggest concern is for Pearson, I hope this all works itself out, but there is real concern about the future of his career and what this is all going to mean, but I think the next big step is the Players’ Association getting involved and figuring out what it needs to do.

Pearson has appeared in 14 games with the Canucks this season, recording one goal and five points. The 11-year NHL veteran is in the midst of his fifth campaign with the Canucks and is under contract through the end of 2023–24 at a $3.25 million cap hit.
Through 590 career NHL games with the Los Angeles Kings, Pittsburgh Penguins, and Canucks, Pearson has scored 133 goals and 272 points. He’s added nine goals and 23 points in 51 career playoff contests, winning the Stanley Cup with the Kings in 2014.
While the situation with Pearson continues to unfold, he’ll remain on the Canucks’ injured reserve list (and could be shifted over to long-term injured reserve if he remains on the shelf in excess of a month). The Canucks will return to action on Sunday when they visit the Carolina Hurricanes at 2:00 PM Pacific.
News
Recent articles from Mike Gould