CanucksArmy post game: Canucks come up short on a night that felt inevitable for Connor McDavid 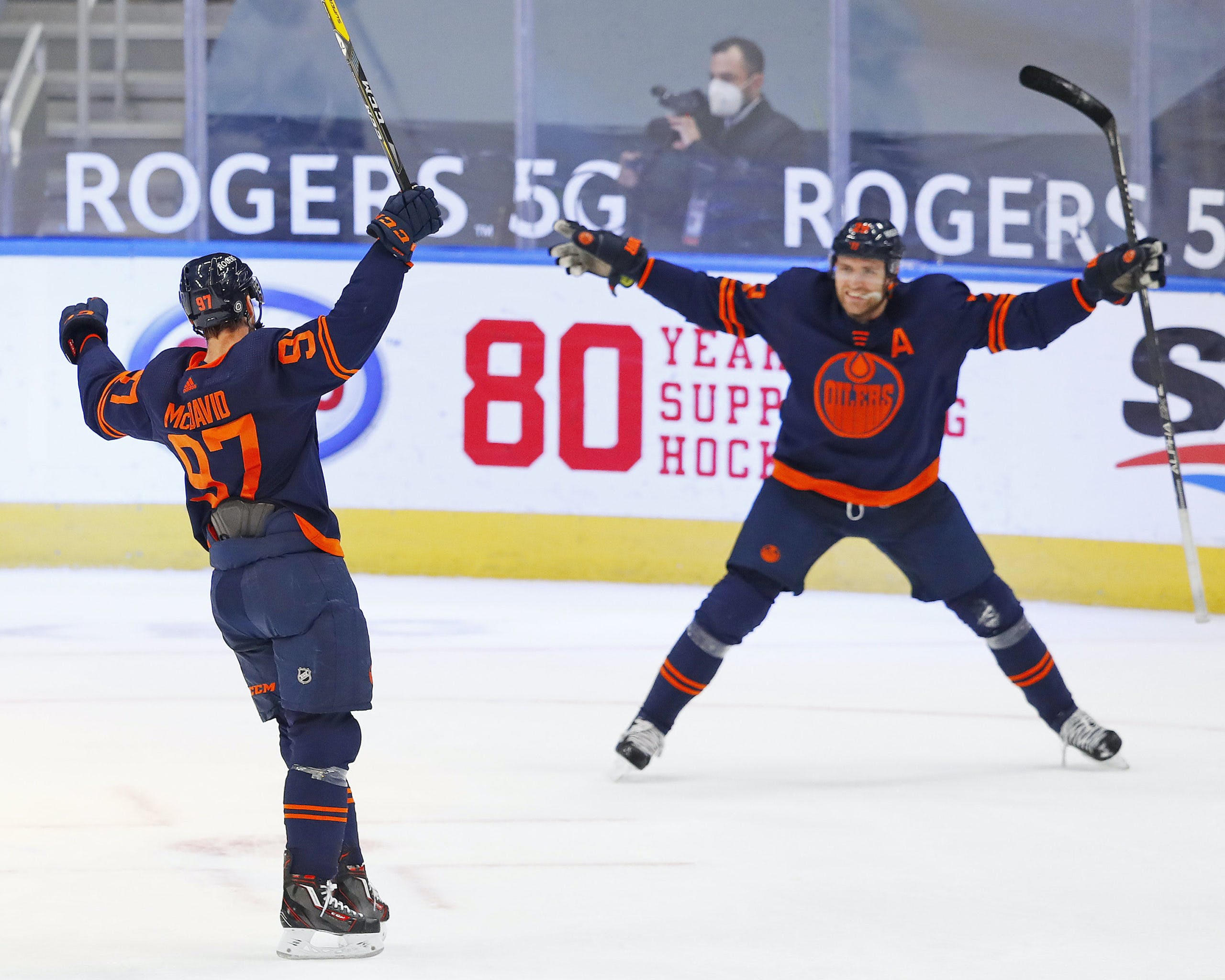 By Nate Lewis
1 year ago

The Vancouver Canucks are on a one game win streak! The Canucks broke their losing skid and scored six goals in Edmonton on Thursday.
That bit of good energy was sorely needed for the club and they came into Saturday trying to grab the last of the Canucks-Oilers four-pack. Speaking of four…
Most people outside the Lower Mainland tuned in not for the presence of Kole Lind and Jack Rathbone but to see how many points Connor McDavid could put up. The Canucks were tasked with keeping him under 100 on the season. Let’s see how that went.

Mannheim’s Marc Michaelis drew into the lineup with Zack Macewen suspended for a game.
Thatcher Demko kept his net.
Mike Smith, undefeated against the Canucks this season, got the start for Edmonton after Mikko Koskinen let in all four shots he faced on Thursday.

Almost immediately the script was clear. Loose coverage in transition led to a great chance for Jesse Puljujarvi. Demko made a strong save but the Oilers regained possession in the neutral zone. Then it was McDavid, flying down the right wing and ripping a shot off Alex Edler and through Demko’s legs. 1-0 Oilers.
The Oilers had a chance to extend the lead on a breakaway three minutes in but Ryan McLeod’s deke was turned away by Demko.
McDavid was poaching for pucks in the first. On one sequence in his second shift of the game he blocked a shot and then knocked down a Quinn Hughes pass in the offensive zone and batted it to a teammate in one motion. The Canucks would regain possession for a moment only to have McDavid swoop in and take the puck.
Tyler Graovac stymied a McDavid rush later in the period and broke up a pass across to him on the same shift. Despite the battles won, the Oilers’ captain just kept flying around the ice at an otherworldly pace.
Shots 12-5 Edmonton after one period.

Demko made two nice saves here, flashing the pad twice to deny the man of the evening.
Quinn Hughes went skate to stick to net on a feed from Nils Höglander but the goal was ruled offside after a challenge by Dave Tippett. Still 1-0 Oilers.
A few minutes later Jesse Puljujarvi scored, but McDavid did everything else. He picked the puck up off the boards from behind himself as he accelerated out of his own zone. A good bounce got the puck past Hughes and kept his feet moving to create the 3 on 1.  2-0 Oilers.
The Canucks looked much better in the second period. JT Miller picked off a pass at 4 on 4 and had a clean breakaway on Smith. Miller faked the shot with a leg kick that would make Sid the Kid proud before neatly tucking in the backhand. 2-1 Oilers.
A few minutes later it was Travis Boyd, cleaning up the garbage for his first goal as a Canuck after Jimmy Vesey pushed the puck out of a scramble to Boyd at the side of the net. 2-2.
This post game reads like Connor McDavid played 40 minutes of the game (he played 22:15 for the record). He simply imposed his will at times in the first and second period. The Oilers’ power play moments after Boyd’s goal was one of those moments.
McDavid got the puck in the neutral zone and used his speed to blow past Tyler Myers and push the other Canuck defender all the way back into their own circle. He drop a pass to James Neal in the slot, tic-tac-toe over to Draisaitl, who one timed his 500th career point past a sprawling Demko. 3-2 Oilers.
Goals galore! Tyler Graovac scored his second goal in as many games that went into the top inch of the net, showing he can beat Mike Smith from above and below the goal line. Canucks tie it again. 3-3.
He was always going to hit 100, wasn’t he? McDavid… Draisaitl… 5 on 3. After he scored in the opening minute it felt inevitable but it didn’t even take 40 minutes for McDavid to get a goal and 3 assists. 4-3 Oilers.
Shots 31-17 Oilers after two.

The complexion of the game completely changed in the third.
It was a fast-moving low event period that included a stretch of eight minutes without a whistle.
After the offensive showcase and milestones in the second, there seemed to be a concerted effort by both teams to tighten up.
Höglander deflected a Pearson pass for a good chance on Smith and Horvat had a glorious opportunity in the slot but just missed the centring pass. That was as close as the Canucks would come on the evening.
Final shots 34-25 Oilers. 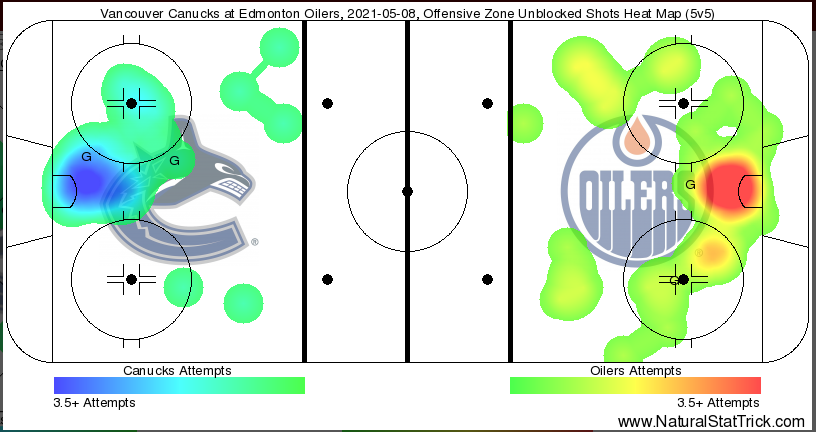 Tyler Graovac. He drew a penalty, scored another goal marksman-like goal, momentarily stopped McDavid from scoring once or twice, and got some ice time at the end of the game with the Canucks down a goal. Graovac’s performance was much like the Canucks’ night on the whole. A workmanlike performance that produced some offence.

The Canucks played well. They lost because of a signature performance from the best player in the world. I believe that solid effort from an undermanned and overtaxed team means something. It’s something that’s hard to quantify but it has the character of respectability, in a situation where that’s all there is to play for.

The Canucks have to play seven more games this season. These last seven games, particularly the next four on the road, are not going to be very much fun. Win or lose, this is a difficult time to live and travel in a country experiencing a gruelling third wave of COVID-19, particularly for a group of people recovering from that very virus. While this time can be used as an opportunity to audition some young players it’s important to remember that these games are essentially meaningless and are being played only for economic reasons. The Canucks will be in Winnipeg on Monday night.
Uncategorized
Recent articles from Nate Lewis