Chicago’s Patrick Kane could be headed to a team north of the border by the trade deadline: Around the League 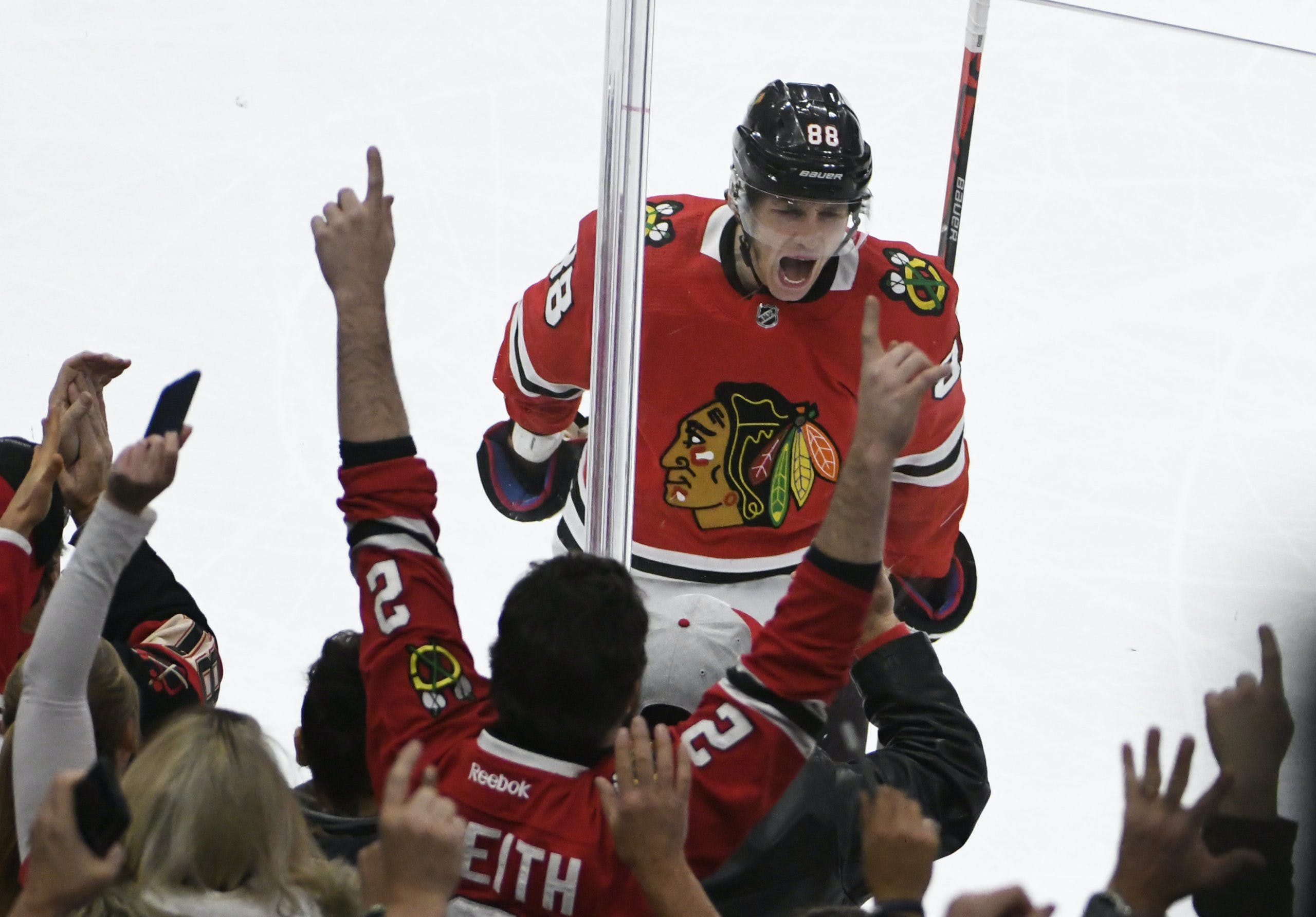 By David Quadrelli
3 months ago
Welcome back to Around the League — the column in which we deliver and analyze news from the NHL, oftentimes through a Canucks-tinted lens.
Patrick Kane is a household name in the NHL, and is synonymous with the Chicago Blackhawks’ three cup runs of the early 2010s.
It’s almost hard to imagine him wearing any other sweater, but it certainly sounds like that could be a real possibility at some point this upcoming season.
Kane has been the subject of trade rumours all offseason long, as the Blackhawks offloaded Kirby Dach and Alex DeBrincat this offseason in exchange for future assets. Chicago has made it clear that they’re turning their eye to the future, and are expected to be a major player in the Connor Bedard sweepstakes at next year’s draft.
Kane has one year left on an 8-year deal with an annual average value of $10.5 million. The contract also features a full no-move clause, meaning Kane controls his own fate in this situation.
The latest on Kane, according to Daily Faceoff’s Frank Seravalli, is that the Kane isn’t interested in moving at this point in time.
“He’s not interested in a trade before the season starts,” said Seravalli on the latest episode of the DFO Rundown Podcast. “If he is going somewhere, he would like to go at the deadline if he decides or sometime around then. So probably sometime in 2023.”
“Obviously that can change but I’m told the teams that had, you know, at least preliminarily discussed or talked about the idea — either internally or externally — [are] the New York Rangers, the Edmonton Oilers, the Toronto Maple Leafs, I’m sure a team like the Vegas Golden Knights, someone that’s always in the mix, has expressed some kind of interest.”
Seravalli proceeded to wonder aloud if the Los Angeles Kings, who made a big splash by acquiring Kevin Fiala this offseason from the Minnesota Wild, may be in the mix for Kane as well.
It certainly appears as though Kane will start the season in Chicago, but a midseason trade — specifically one that sees him land in the Pacific Division — could cause some problems for the Canucks, who will likely be competing with teams like the Kings, Golden Knights, and perhaps even the Oilers for a playoff spot come Trade Deadline time.
Chicago would be foolish not to try to get a boatload of futures in return for their expiring asset, but Kane is only going to end up somewhere where he wants to go thanks to his contract.
This obviously limits the Blackhawks’ options to some extent, but there will be no shortage of teams calling Chicago GM Kyle Davidson to find out what it might cost for them to acquire Kane ahead of the trade deadline.
At 33 years old, Kane can still play, and could be the best forward rental on the market next season. Through 78 games with the Blackhawks in 2021-22, Kane tallied 26 goals and 66 assists, good for 92 points overall.