‘One of the dumbest things we’ve ever heard’: Kevin Bieksa addresses Zdeno Chara’s claims about the 2011 Canucks 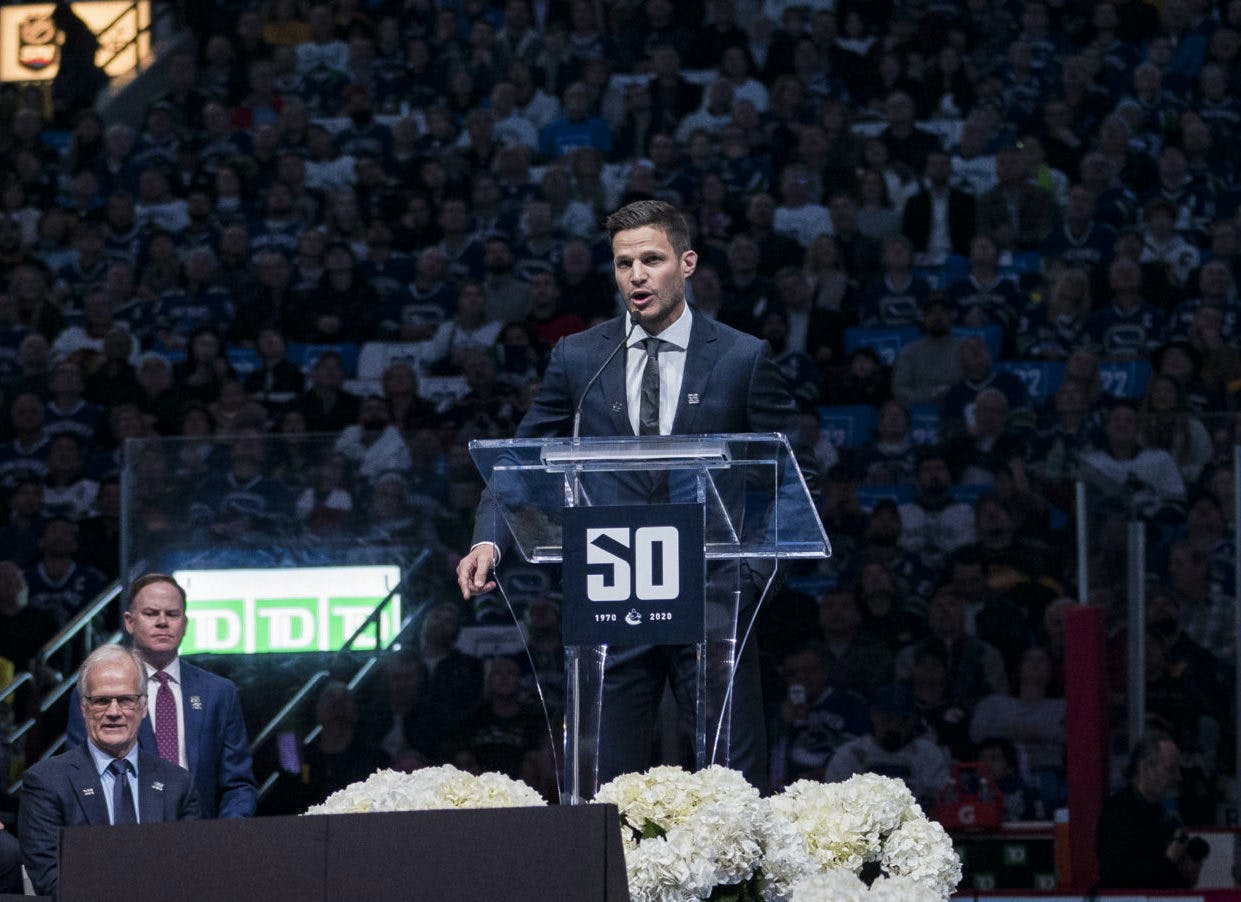 By Mike Gould
1 month ago
During Saturday’s Hockey Night in Canada broadcast, former Vancouver Canucks defenceman and current Sportsnet analyst Kevin Bieksa addressed Zdeno Chara’s allegations that the Canucks practiced how to celebrate with the Stanley Cup during the 2011 Final.
Chara, the Bruins’ longtime captain who won the Cup with the team in 2011, appeared on the “Games With Names” podcast with Julian Edelman and Sam Morril this past week to discuss his career, including the series against Vancouver.
“We saw players from Vancouver coming on the ice in the Garden and they were actually practicing how they would be lifting the Cup and handing off the Cup to each other,” Chara said. “We found out about these things and we were like, f*** this, we were not going to allow this to happen.
Bieksa, who was on the Canucks team that lost to the Bruins in seven games that year, didn’t hesitate to refute Chara’s claims during the first intermission of Saturday’s game between the Toronto Maple Leafs and Calgary Flames.
“One of the dumbest things we’ve ever heard, clearly, and we all work with Elliotte so that’s saying a lot,” Bieksa said. “Logistically, it’s impossible.
“You think about all the media that’s there covering the finals and all the competitiveness of trying to find some story different than the other person. Clearly somebody would’ve reported about that or had a camera.
“Even Chara walks it back a little bit with his comments from ‘we saw them in the Garden’ to ‘We heard’ to ‘We believe we heard’ so, originally upset about it to hear because it’s a little bit of an attack on our character as a team and our organization but also our leadership crew. You’re talking about three first-ballot Hall of Famers in the Sedins and Luongo. You’re talking about Malhotra and Hamhuis and myself to think that we would allow something like that to happen, let alone participate in it is disappointing.”
Bieksa, 41, played his last NHL game with the Ducks in the 2017–18 season. The 2001 fifth-round pick appeared in 808 NHL games with the Canucks and Ducks starting in 2005–06, scoring 63 goals and 278 points; he also logged 86 playoff games with the two teams.
Here’s the full video of Bieksa’ comments on Saturday’s Hockey Night broadcast:
News
Recent articles from Mike Gould