Oilers re-sign Yamamoto, Flames lock up Mangiapane for three years: Around the Pacific 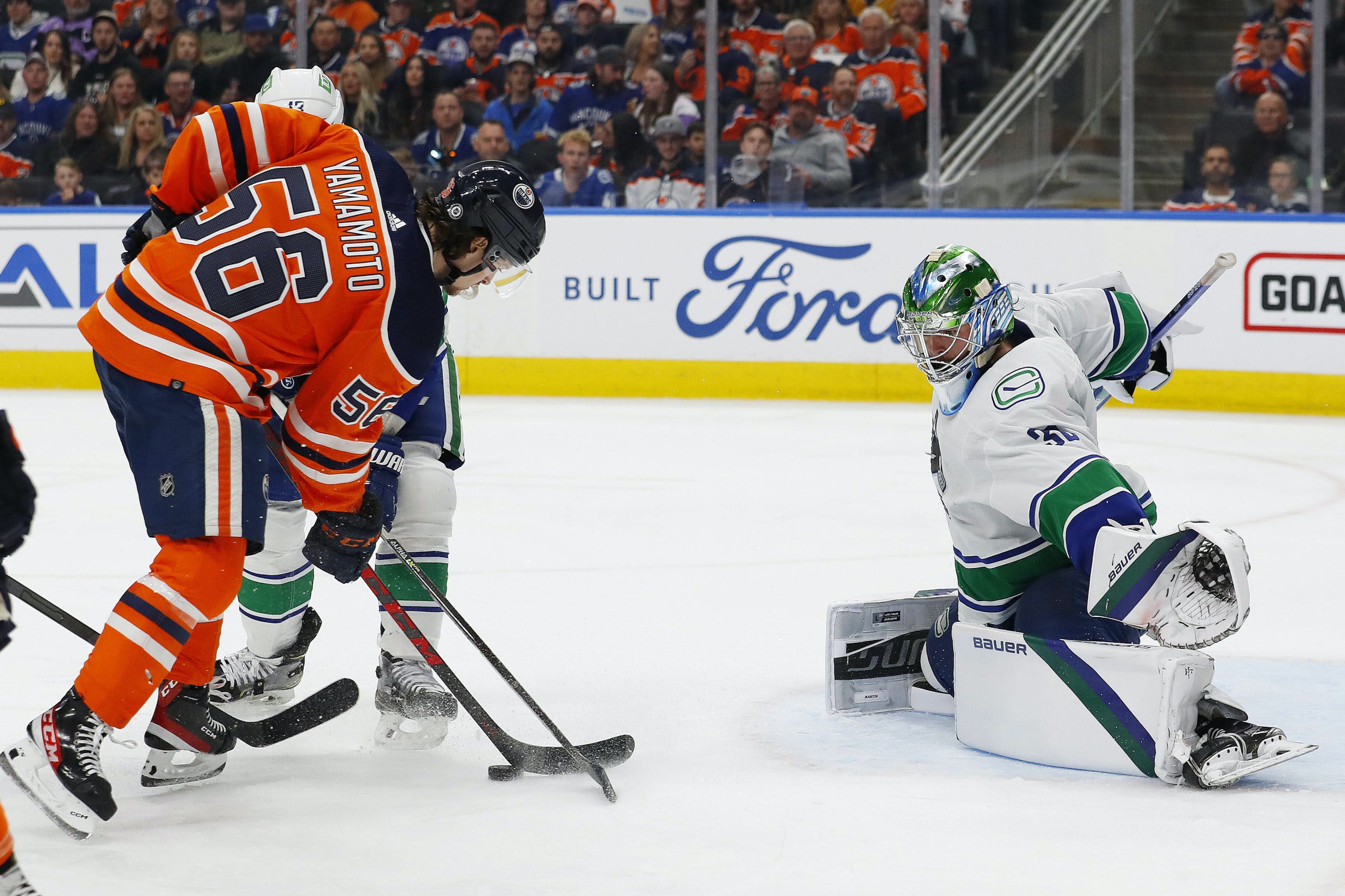 By David Quadrelli
4 months ago
Welcome back to Around the Pacific — a series in which we examine news from around the NHL through a Canucks-tinted lens.

On Tuesday night, the Calgary Flames announced the signing of winger Andrew Mangiapane to a three-year deal with an average annual value of $5.8 million. Mangiapane tallied career highs with 35 goals and 20 assists, and is still just 26 years old.
He’s now a cost-effective contract for the Flames, especially if he can repeat his performance from this past season. Mangiapane, a restricted free agent, had been scheduled to head to salary arbitration with the Flames later this month.
This signing isn’t really surprising. It’s probably exactly where Mangiapane should be and is what the Flames likely expected.
From a Canucks perspective, the main thing this means is that the Flames will once again be a good team with a solid forward group filled with effective two-way forwards.
Remember those two or three days when we thought the Flames would take a massive step back from being the Pacific Division leaders due to Johnny Gaudreau and Matthew Tkachuk effectively leaving the organization?
That was fun.

Just north of Calgary, the Edmonton Oilers announced Wednesday evening that they have re-signed forward Kailer Yamomoto to a two-year contract carrying a $3.1 million annual cap hit.
Like Mangiapane and the Flames, Yamamoto and the Oilers were scheduled for a salary arbitration hearing later this month. With this new contract in place, Yamamoto will be eligible to become a restricted free agent with arbitration rights again in 2024.
In 186 career NHL regular-season games with the Oilers, Yamamoto has scored 40 goals and 93 points. This past season, he tallied 20 goals and 21 assists — both career highs — through 81 games played.
The interesting thing about this signing is the fact that Yamamoto got two years, while the Oilers other big RFA, Jesse Puljujarvi, got just one.
A media colleague in Edmonton told me the minute that Puljujarvi was signed that they believed a trade was still very much on the table, and the Yamamoto signing certainly doesn’t change that.
Both contracts are moveable, and both players have been brought up in trade rumours previously.
Still without RFAs Ryan McLeod and Tyler Benson signed, many expect the Oilers to make more moves — likely a trade — this offseason before all is said and done.

We kid you not, at the exact moment we hit publish on this story, Sportsnet’s Elliotte Friedman tweeted out the details of the San Jose Sharks’ new deal with Mario Ferraro.
The Sharks signed the 23-year-old left shot defenceman to a four year contract with an annual average value of $3.25 million Thursday morning.
“Mario has shown that he is a dynamic and reliable defenseman for our club, skating top-level minutes against the best competition every night and delivering solid results,” said Sharks GM Mike Grier. “His energy and work ethic are the reason why he has achieved so much in his early part of his career, and we look forward to watching him continue to grow and elevate his role on the team.”
Ferraro tallied two goals and 12 assists through 63 games played this past season.