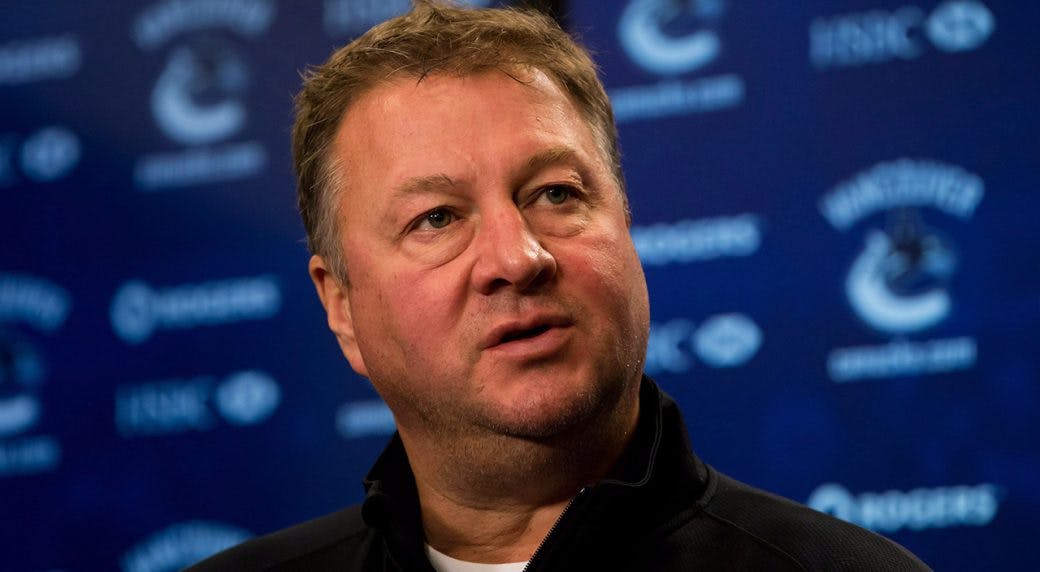 By Zach Laing
1 year ago
Former Canucks GM Mike Gillis is back in the game.
According to TSN’s Pierre LeBrun, Gillis has been hired by the NHLPA as a consultant on business matters.
Gillis, 62, has been out of the NHL since 2014 when he was fired as general manager of the Canucks, a role he held since 2008. In 2016, he joined Genève-Servette HC of the NLA as a director on their board.
Here’s what The Athletic’s Thomas Drance reported on the hire:

Sources indicate that Gillis will be focused, at the outset, on business development, with some possibility for an expanded portfolio based on the fit going forward. That’s certainly interesting. The role may be prescribed, but Gillis is now effectively the second highest profile executive at the Players’ Association behind only executive director Donald Fehr.
Gillis last served in an official league capacity as the Canucks’ top business and hockey operations executive for six seasons. A former player agent with a progressive view of the sport, Gillis has been deeply involved in NHLPA matters as an agent in his career. Following his playing career he sued former NHLPA head honcho Alan Eagleson over his embezzlement of the player’s pension fund, attention from that civil suit ultimately snowballed — in combination with some tireless reporting from Russ Conway of the Massachusetts-based Eagle-Tribune, which initially tipped Gillis off to the discrepancy — into Eagleson’s disbarment and conviction on charges of fraud and embezzlement in both the United States and Canada.

Zach Laing is the Nation Network’s news director and senior columnist. He can be followed on Twitter at @zjlaing, or reached by email at zach@oilersnation.com.
Uncategorized
Recent articles from Zach Laing