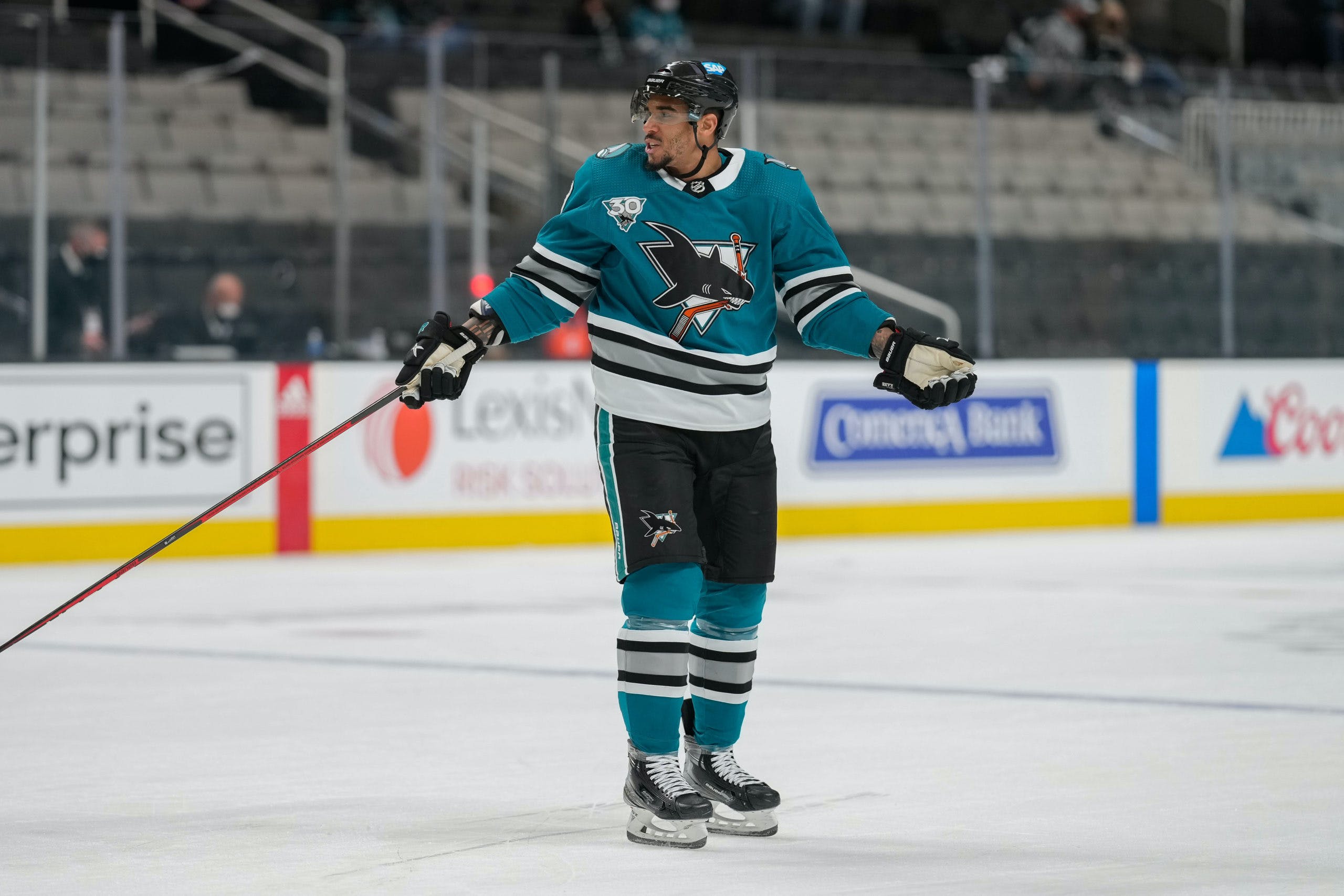 By Zach Laing
1 year ago
While the Edmonton Oilers appear to be front runners in the Evander Kane sweepstakes, an NHL investigation may put that on hold.
Last weekend the San Jose Sharks terminated the forward’s contract for breaking his NHL Standard Player Contract and violating the AHL’s COVID-19 protocols.
Kane hit free agency a day later and up to 20 teams reached out to inquire.
Now, the NHL says they are expediting an investigation into what happened.
Here’s some of what Daily Faceoff’s Frank Seravalli had to say about what lies ahead:

“I’m told as many as 16 teams had talked to the Kane camp, he had conducted interviews with teams, there were calls from players on these teams trying to recruit him. And then this memo comes out on Wednesday from the NHL head office, which basically says the league has started an independent investigation that will now look into exactly what happened with Kane’s cross-border travel over the holiday period.
“What’s alleged is that Kane tested positive for COVID-19 on Dec. 21 while playing for the AHL San Jose Barracuda and then crossed into Canada on a trip home on Dec. 29 on a flight. That breaks Canadian quarantine act rules and regulations and so that would also be out of line to travel without medical clearance as per the NHL’s COVID-19 protocol. Kane was still on an NHL contract at the time so they have jurisdiction.
“The interesting part of the memo was that the league basically hinting (and I’ve printed the memo in full on Daily Faceoff) that Kane could be subject to an NHL disciplinary hearing with commissioner Gary Bettman should they have facts here that establish that he did indeed violate the protocol again.”

Seravalli went on to note that Kane had been issued a 21-game suspension earlier this year for providing falsified COVID-19 vaccination papers, and that the league could look at a similar — or longer — suspension.
Zach Laing is the Nation Network’s news director and senior columnist. He can be followed on Twitter at @zjlaing, or reached by email at zach@oilersnation.com.
Uncategorized
Recent articles from Zach Laing