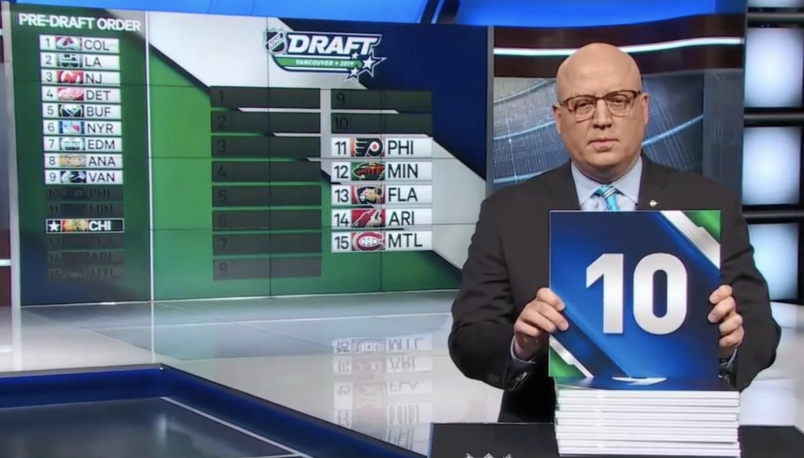 By David Quadrelli
6 months ago
Once again, the Vancouver Canucks find themselves outside of the Stanley Cup Playoffs, and once again, they’re going to be a part of the draft lottery.
The draft lottery is designed to prohibit teams from “tanking” — icing a team that won’t be competitive in hopes of a better draft selection — and will determine the order of selection for the first 16 picks of the first round of the 2022 NHL Entry Draft.
This year’s lottery will take place on Tuesday, May 10, at NHL Network’s Secaucus, New Jersey studio. The event will be broadcast live beginning at 3:30 p.m. Pacific on Sportsnet, ESPN, ESPN+, and TVA Sports.
And unluckily for the Canucks, the NHL has new rules that take effect this season which make it impossible for teams outside the bottom 11 of the league to win the first overall selection.
From 1995 to 2012, the lottery allowed any team to move up as many, but no more than, four spots. Beginning in 2015, the NHL allowed any team in the lottery to win the first overall pick, and starting in 2016 the lottery was expanded to include the top three picks.
Under the new rules that take effect this season, the maximum number of spots the Canucks can move up is 10, meaning that if all the luck of the lottery goes their way, the best-case scenario is that the Canucks could draft fifth overall — and even that is just a .5% chance.
Below are each team’s chances at moving up the maximum number of spots: 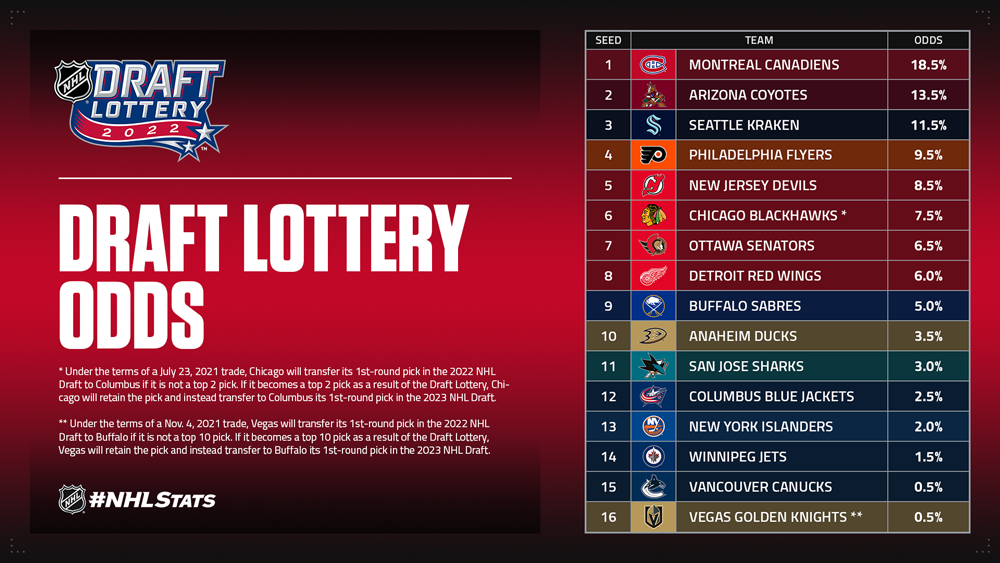 The biggest jump in lottery history — since it was implemented in 1995 — came in 2017 when the Philadelphia Flyers jumped from 13th to 2nd.
More from CanucksArmy:
Uncategorized
Recent articles from David Quadrelli